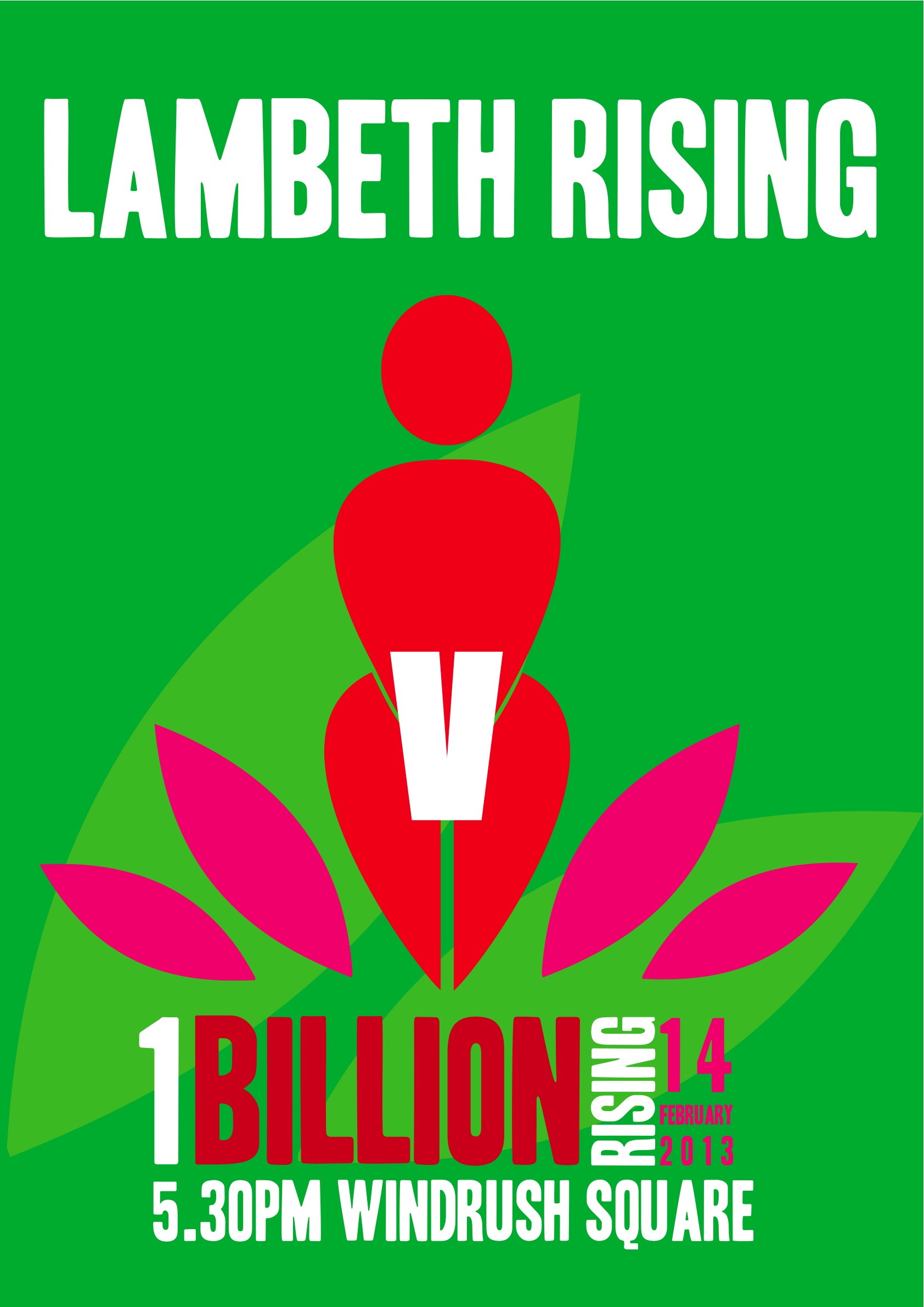 On 14th February 2013, as part of the global One Billion Rising campaign, a range of events will be taking place all over the world in a call to end violence against women and girls. At 4.30pm Brixton’s Ritzy cinema will screen a short film about the issues surrounding domestic violence, Lambeth Rising, made by local film makers, community groups and students.

The film screening will be followed by a flash mob dance takeover of Windrush Square at 5.30pm, led by around 25 children from the Wippersnappers After School Club who have been working very hard on their dance moves.

Speaking about the two events taking place tomorrow, which have both been achieved on almost no budget, Mary Griffiths Clark, organiser and Director of Creative Consortium Solutions Limited, said:

I have been overwhelmed by the goodwill received throughout this project. People have travelled quite a distance to be interviewed. Actors and dancers have offered their time pro-bono, The Ritzy Cinema has let me use their venue for free. Schools, youth groups and charities have given me endless support in making this film.

Determined to give a voice to women and girls who experience violence, Mary hopes that the film and flash mob will help to “reach out and inspire others to instigate positive and substantial change” in an area of London which has one of the biggest problems of violence against women in the country.

If you would like to attend the screening of Lambeth Rising at the Ritzy tomorrow, please sign up here or email mary.griffithsclarke@creativeconsortium.net . All welcome to watch and join in the flash mob dance at 5.30pm. (you can learn the dance moves here)

Ruth Waters is Co-Arts Editor for the Brixton Blog and Bugle. Ruth can be found tweeting @MinimalismBlog

First ever ‘Still/Moving Film Festival’ opens in Brixton this weekend