Two cars a were involved in a serious collision this evening in Brixton Hill, in which miraculously nobody was badly hurt.

The accident happened at the junction with Brixton Water Lane at about 5.30pm yesterday, Sunday.

A Ford Mondeo involved in the smash ended up embeded in a metal fence, and a dark Vauxhall Corsa could be seen in the middle of the road with a crushed bonnet.

It had earlier been thought that a motorcyclist may have been involved in the incident, though Police today confirmed that only two cars were involved.

A spokesman for Lambeth police said: “This incident caused partial blocking to the southbound carriageway; however the road was reopened at about 7.20pm when the vehicles were removed.” 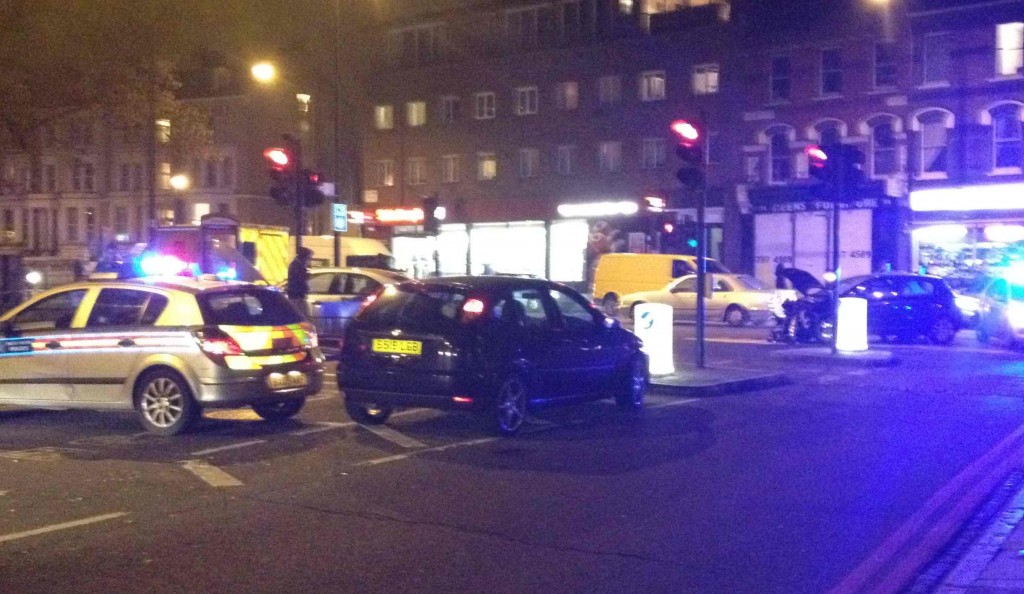 Why we need to save the George IV pub