So said Ben F Jones, an American artist, whose new exhibition, The Bigger Picture, is on show at Brixton’s 198 Gallery. A few minutes into the show and you will understand what he means.

The exhibition includes paintings, digital work, video and installation. It is meant to shock and challenge. But he chooses at first to draw you in with bright colours and light-hearted, even playful, techniques. Only once you are inside the work does it reveal its true content and impact. Here you will see images and narratives of the major challenges facing the world such as racism and racial violence, poverty and inequality, environmental destruction, and the oppression of the poor and dispossessed. Their structure is complex and decoding the works takes time. But that’s what Jones intends. He wants to make you think. And then he wants you to act.

A major installation entitled Trayvon Martin Wallpaper (What’s Going On?) sets the scene. A large-scale work using acrylic paint and digital print on canvas, it first appears as a collection of images of the same person – similar to a repeat pattern on wallpaper. It’s only when you get close, that you see the shocking reality. Trayvon Martin was an unarmed 17 year old African American who was shot and killed in 2012 by George Zimmerman who claimed he was acting suspiciously and who subsequently claimed that he himself acted in self defence. The differing images of a young black man – as a smiling teenager in some and as a murky hooded figure in others –  punctuated with images of violence and dislocation, illustrate how black men are perceived as a threat in order to justify violence against them. In the wake of the Black Lives Matter movement, this piece is an eloquent reminder of the world too many black men have to inhabit and the impact of violence on families and communities. It is impossible not to think of Chris Kaba who was very recently shot and killed by police less than a mile away in Streatham Hill. Trayvon’s killer was acquitted. 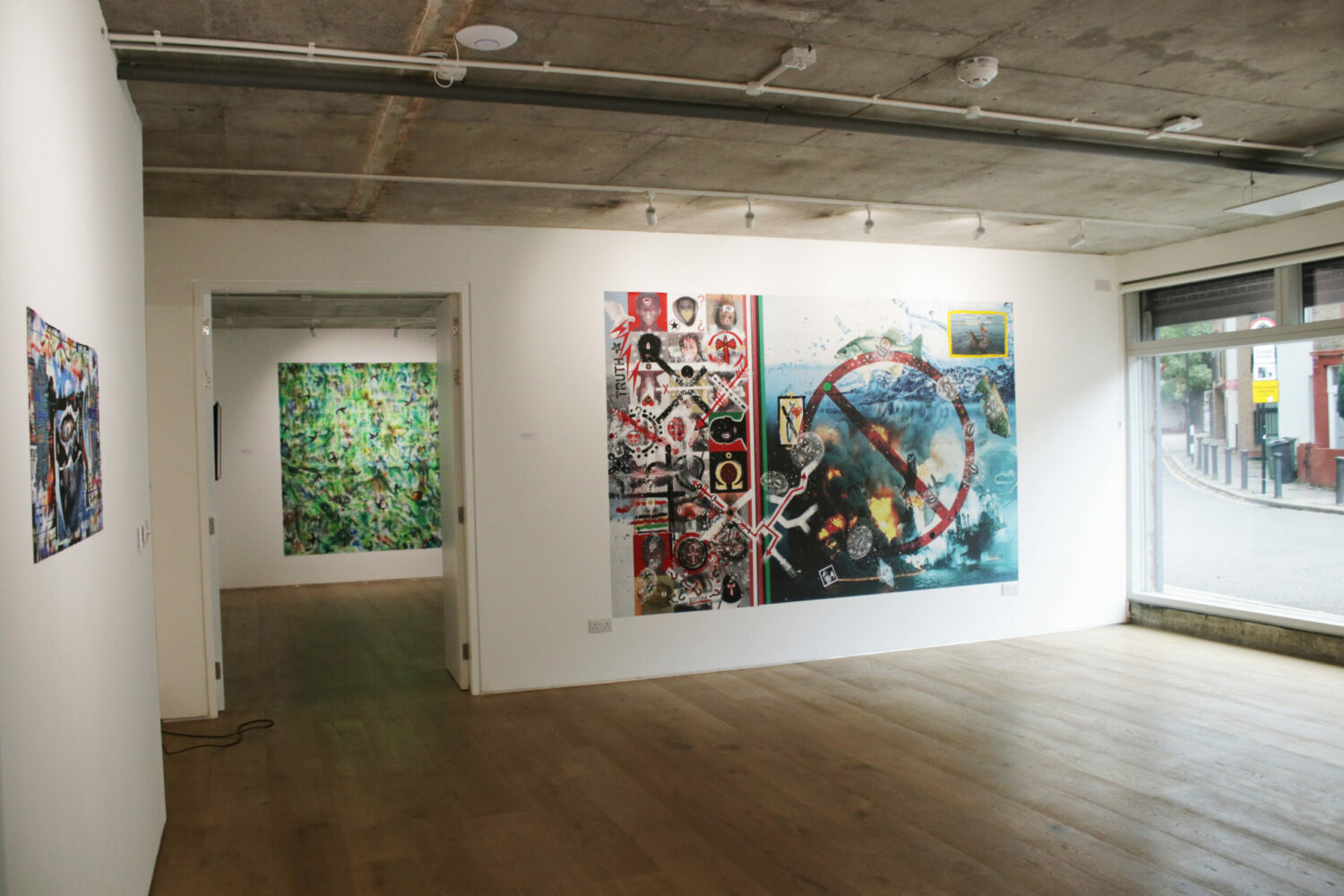 Other works seek to make connections between the various threads of the crisis facing the world. There are visual anchors across all of them which create common themes and a common language. Images of fish, cowrie shells, digital technology, symbols of fertility and growth, weapons and words, are combined to create multi-layered stories of anxiety and threat.

Jones is unashamedly anti-capitalist and employs the colours and motifs of African art and culture as the visual language to expose how, as a system, it threatens the future of humanity. But he is not a single issue activist. Rather he dissects the crisis and draws the various elements together to ask the question “Can you see what is happening to the world?”. 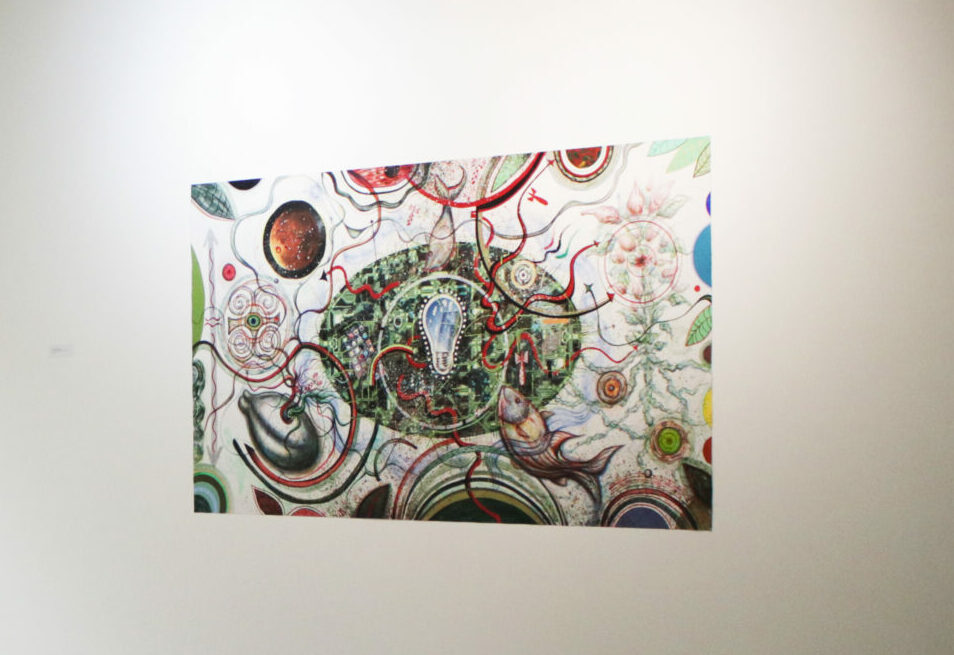 The show is fascinating but also disturbing as it forces you to face uncomfortable truths. Jones himself is unexpectedly upbeat. But then he is a man on a mission to help change the world. I asked him what he would like people from Brixton to think about when they had seen his show. “To understand that the violence in the world in all its forms will only be overcome when we understand our common humanity – we are brothers and sisters after all”.

“Are you hopeful” I asked. “We have to be” he answered “without hope there cannot be any action”

For further information go to www.198.org.uk