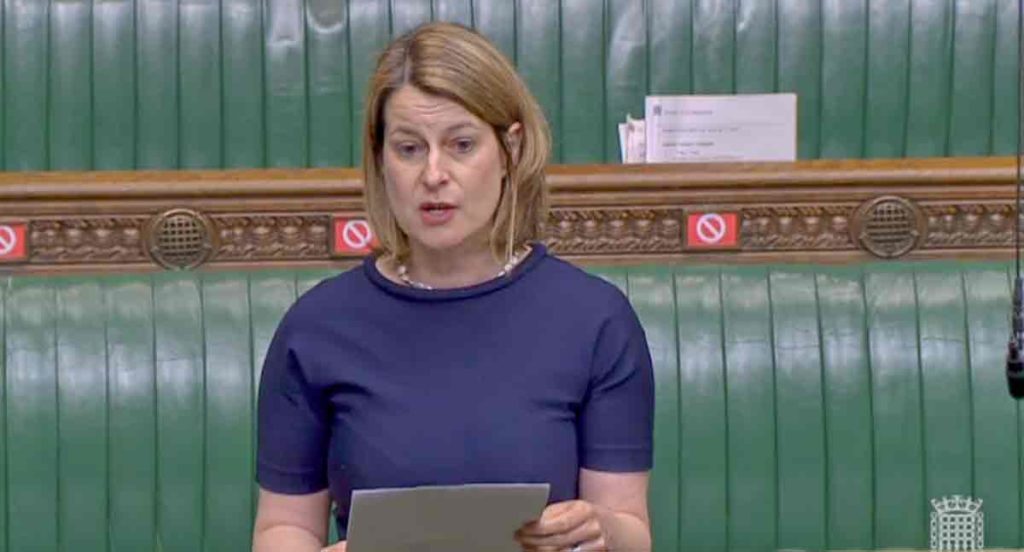 Brixton MP Helen Hayes yesterday (23 June) used a House of Commons debate to highlight the plight of members of the Windrush Generation impacted by the government’s “hostile environment” policy and the “pervasive, oppressive, grinding discrimination,” they have suffered for years.

She paid tribute to Patrick Vernon who, she said, had led the campaign for Windrush Day for many years.

The MP warned: “It is easy for celebration of the Windrush Generation to become sentimental, commemorating the positive story of people who came at the invitation of the British government and helped to rebuild a country decimated by the second world war and to establish the NHS.

“Yet that is to ignore the hardship and racism the Windrush generation suffered: the signs in homes to rent that read, ‘No blacks, no Irish, no dogs’; the humiliation of bus conductors whose passengers would leave their fares on their seat to avoid contact – the pervasive, oppressive, grinding discrimination encountered in so many aspects of life.”

There were few MPs actually in a socially distanced House of Commons as Hayes, the Labour MP for Dulwich and West Norwood, whose constituency covers much of Brixton, opened an “adjournment debate” – a device to allow MPs to raise issues, which must be answered by a government minister.

But one those present, Jim Shannon, the Democratic Unionist Party MP for Strangford in Northern Ireland, joined in criticism of the Windrush compensation scheme, pointing out that: “In December last year only 1,108 claims had been made and only 36 people had received money from the £200 million fund”.

He added that 100 claims had been made over six months but only 14 had been processed.

He said it was disgraceful that those who needed the money most could not get anything.

Hayes agreed, adding that two years after the scheme was announced on Windrush Day 2018, only 60 citizens had received compensation. Only 1,275 have so far applied for compensation.

Earlier, home secretary Priti Patel had told MPs that, as of the end of March this year, £360,000 had been awarded through the compensation scheme and £1m had been offered.

The “mismatch between the contribution that Windrush citizens made to this country, and their appalling treatment at the hands of the British government and the wait that so many still have for compensation is something to which we must urgently turn our attention,” Hayes said.

“I have sat with constituents and filled out the form with them, compiled the documents, gone through that process, submitted the application, and we are still waiting months and months to hear anything from the Home Office.”

She said the government’s reponse not only to the Windrush scandal, but to other issues affecting Black, Asian and minority ethnic communities, had also been too slow.

At an online Windrush Day event she had heard “devastating first-hand stories of racism and racial discrimination”.

They included migrant nurses who were prevented from training as state-registered nurses, “meaning that they could only take the inferior career path of the state-enrolled nurse – effectively a structural limitation on promotion and pay – and stories of patients being allowed to wait to be treated by white staff instead of equally qualified BAME staff, reinforcing racist views.”

Hayes said: “We must engage communities across the country in learning about their own history, even when it is painful, and find ways to ensure that our town squares and public spaces reflect the diversity of our communities, including by moving statues that glorify shameful periods of our history from public spaces to museums where they can be contextualised as artefacts from the past.”

Government minister Luke Hall, parliamentary under-secretary of state for housing, communities and local government, said it was “absolutely right that while we celebrate the Windrush Generation and how they shaped this country, and most recently how their descendants have helped to defend it, we must candidly acknowledge the difficulties that many have endured.”

He said: “It was nothing short of a moral failure that those who helped to lay the foundations of the country that we know and love today had to endure so many injustices.”

Hall said the government was committed to getting more people to apply to the Windrush compensation scheme.

He also confirmed the government’s intention to site a memorial to the Windrush Generation at Waterloo station, leading Hayes to say that many of her constituents, and the Windrush Foundation, believe the right place for it is Windrush Square in Brixton.