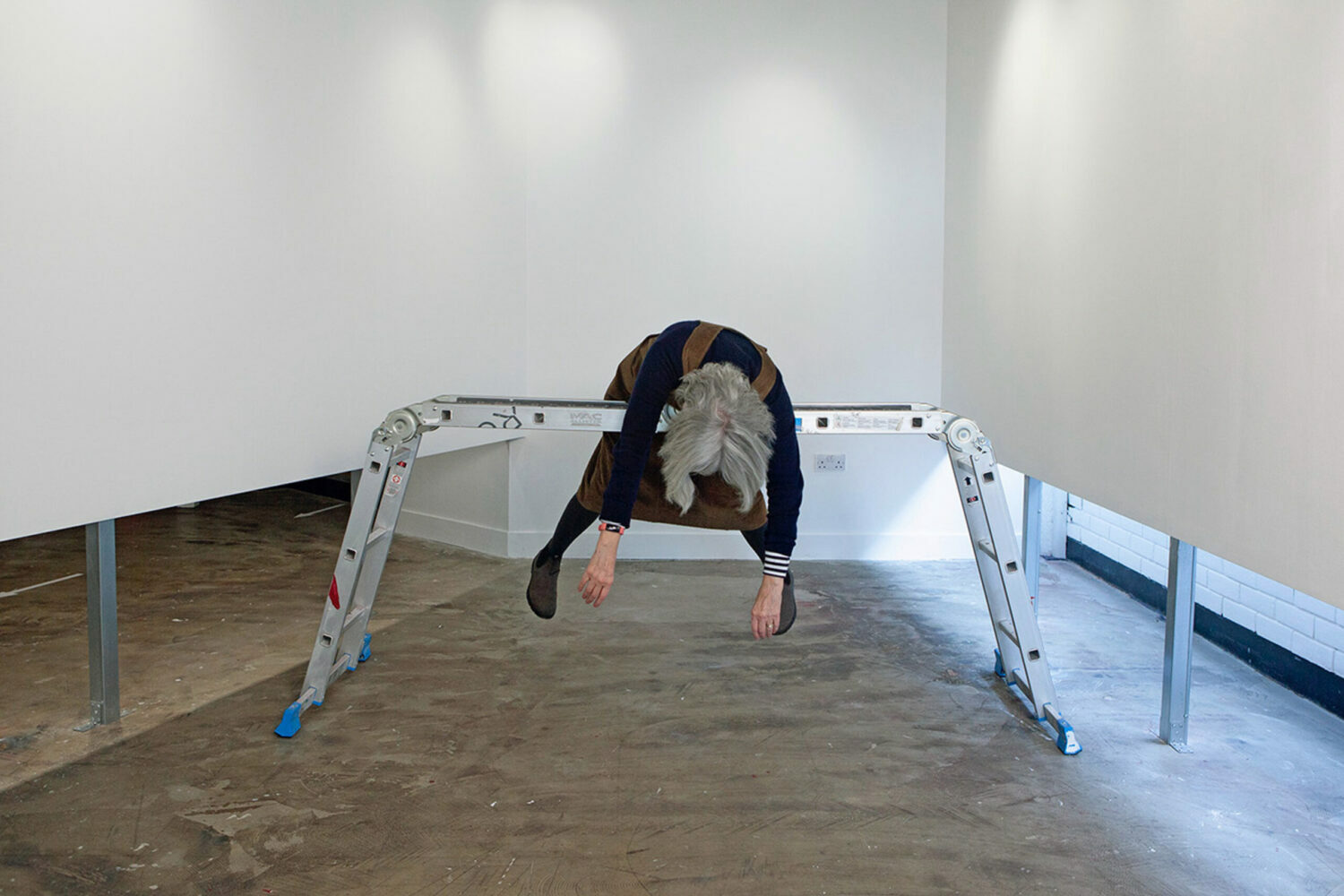 Rather than search for or set up scenes and images to capture, in this show Bonnell works with available objects and spaces in order to challenge our ideas around the nature of art and its subject matter.

During a residency at Photofusion, she made impromptu sculptures out of the assorted objects and equipment left lying around in the gallery. Then she adds another dimension by setting a ten second timer to record a performance. The resulting frozen moments are weird, witty and wonderful. 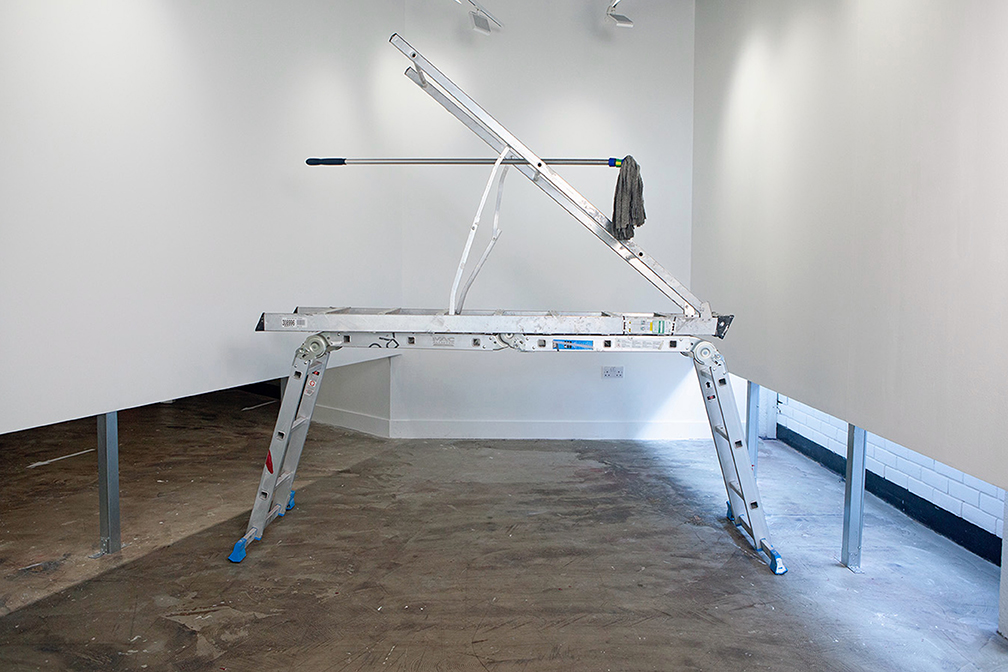 Bonnell said, “I became intrigued with this idea of time, speed, and balance – quite literally catching moments. What interested me most, were the instants and movements a little bit off or a little bit out, implying impending disaster or complete failure, fractions of seconds before occurring.”

Sian Bonnell is a UK based artist, living and working in West Yorkshire. She was awarded an Honorary Fellowship at the Royal Photographic Society in 2010 and the following year was awarded the Photoworks Senior Research Fellowship at the British School at Rome. Her work has been exhibited and published widely and is held in many public and corporate collections notably, the Victoria and Albert Museum, the Museum of Fine Arts, Houston, Texas and the Bibliotheque Nationale, Paris.