Local actor and writer Zoié Dash is about to launch a collection of new tote bags, she explains why to Jess Whitham

“Any type of writing I do it’s always about connecting people, so I had always thought of these quotes and written them down,” Zoié Dash says.

“Through the pandemic a lot of stuff slowed down and I thought this was probably the best time to start it.”

Zoié grew up around Brixton, where both she and her father still live.

One new design will be released into a collection every month.

The bags are available in cotton or a mix of cotton and canvas.

The bags feature anything from quotes by Audre Lorde, to more personal definitions of issues, including gentrification.

“A lot of my friends that come to visit me are saying that Brixton’s changed so so much, and I agree to an extent.

“I am Black British Carribean. Windrush is part of my history, I wouldn’t even be here without it.

“My grandparents came in the late 50s, my parents met here.

“I am worried that once they go gentrification will take over more, I feel like they are the stronghold.

“I know maybe if you were to ask some of these people, their argument would be that they employ local people, but there’s still more that you can potentially do.

“I think people want places that they feel they can go to.

“Even the name, the Village, the essence of it is a market and a market is a community.

“You have to take into consideration that for 30 years, more or less, you felt like everyone around you looked like you, and you now see people in a place and they don’t look like you – so … Oh maybe I can’t go there.

“I just don’t want Brixton to lose its soul.”

Zoié is no stranger to the Blog, having been featured for The Be In Me web show, which she’s working on a second series of.

Lots of the web series was filmed locally, in locations including the Lounge and Chip Shop BXTN.

Zoié played Sophia, a young woman searching for herself.

“I don’t want to talk about things I don’t know.”

You can visit Quote Bags on social media, and the range is available to pre-order now.

Use the code FIRST for 15% off your first order, before this Thursday – 8 July.

“I think sometimes we have to give words just as much importance as body language.

“Don’t underestimate the power of words.” 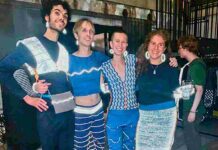 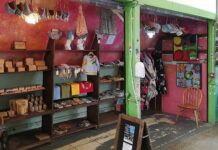 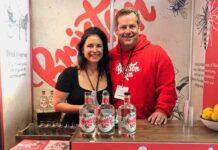