Visit the Longfield Hall website for a brief history of Dark and Light Theatre, founded by Jamaican-born actor Frank Cousins in 1969, and its successors at the hall.

The theatre was based at Longfield Hall until early 1975 and was the UK’s first Arts Council funded Black-led theatre company.

Frank moved to the UK and graduated from the Guildhall School of Music and Drama London in the mid-1960s, winning the acting prize.

He got some stage, TV and radio roles, but soon realised that there were very few opportunities for Black artists in the UK.

Frank attended meetings focusing on race discrimination. At one of them he met Canon Harvey Hinds who suggested should set up his own company.

The rest is history – and you can read about it on the Longfield Hall website. 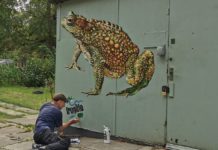