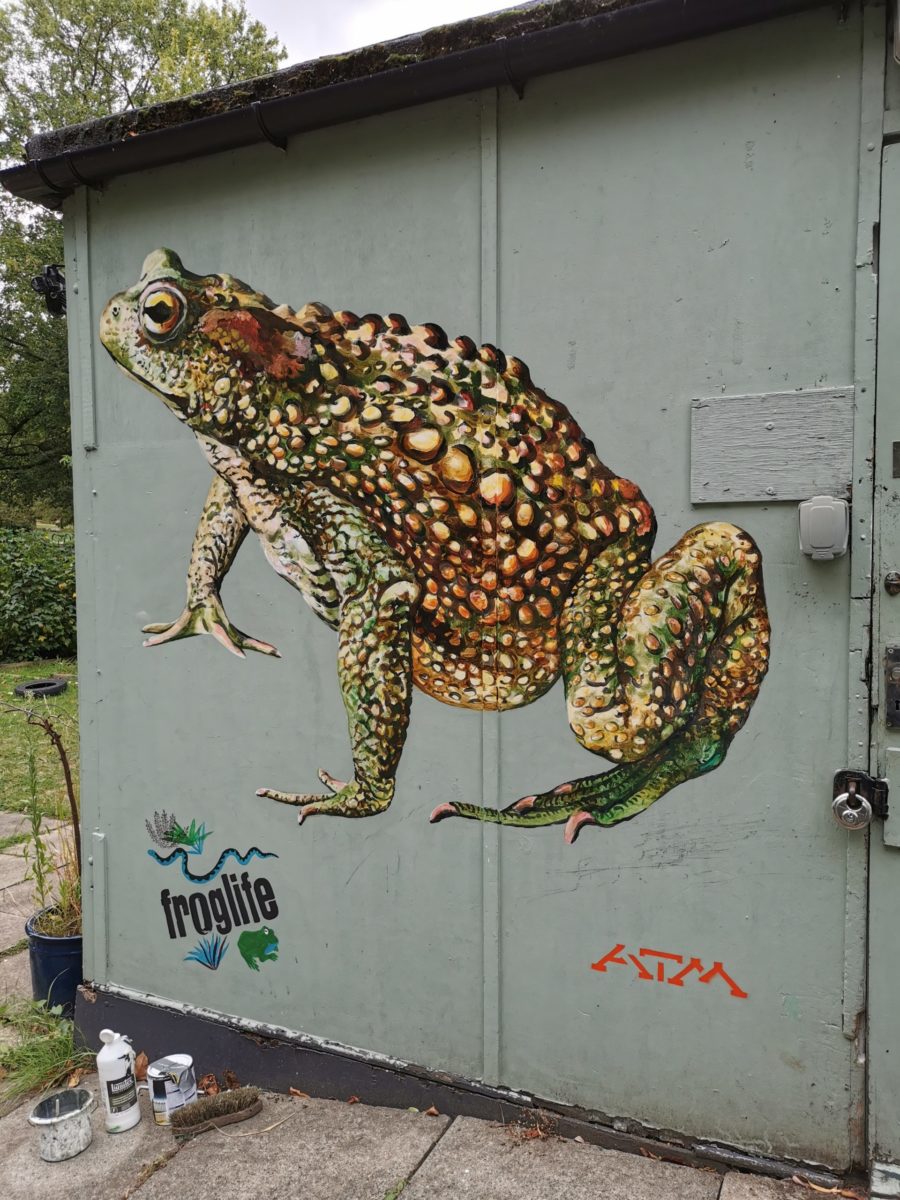 The celebrated street artist, known as ATM, has created a new artwork in Ruskin Park for the charity Froglife. Known for his large-scale depictions of native animals and birds on urban walls, ATM has used the more traditional tools of brushes and acrylic paint, to produce a large toad mural on Lambeth Council’s Volunteer Cabin in the park.

ATM has supported Froglife’s London T.O.A.D project since its inception 2017. London T.O.A.D is an acronym for London ‘Tails of Amphibian Discovery’  – a charity which works on large urban wildlife sites to create habitats suitable for toads. The mural marks the completion of their pond restoration project in Ruskin Park.

“My street art of endangered species aims to engage and captivate an urban audience to the extent that they want to actively support the regeneration of natural abundance in London”, said ATM. “A large part of environmental improvement is to inspire the younger generation to value and cherish the natural world, so they want to protect and increase its scope and profusion. Toads are remarkable and fascinating creatures, and the act of communicating this to others by the process of live-painting can have a lasting impact.”

The large, and popular Edwardian Ruskin Park is situated between Camberwell, Brixton and Herne Hill and this is the time of year that toadlets will be leaving the pond which Froglife has restored. “As London experiences a massive expansion of building development it is vital we create, alongside this, areas of focused value for wildlife” said ATM. “Ponds function as nature hotspots, providing valuable resources and habitat for myriad species. Essential for breeding amphibians, they also nurture numerous kinds of insects and birds. The more ponds we create, the more we will ensure the biodiversity and health of London. Froglife’s ponds will do precisely that, creating ideal conditions for toads as well as countless other creatures.”