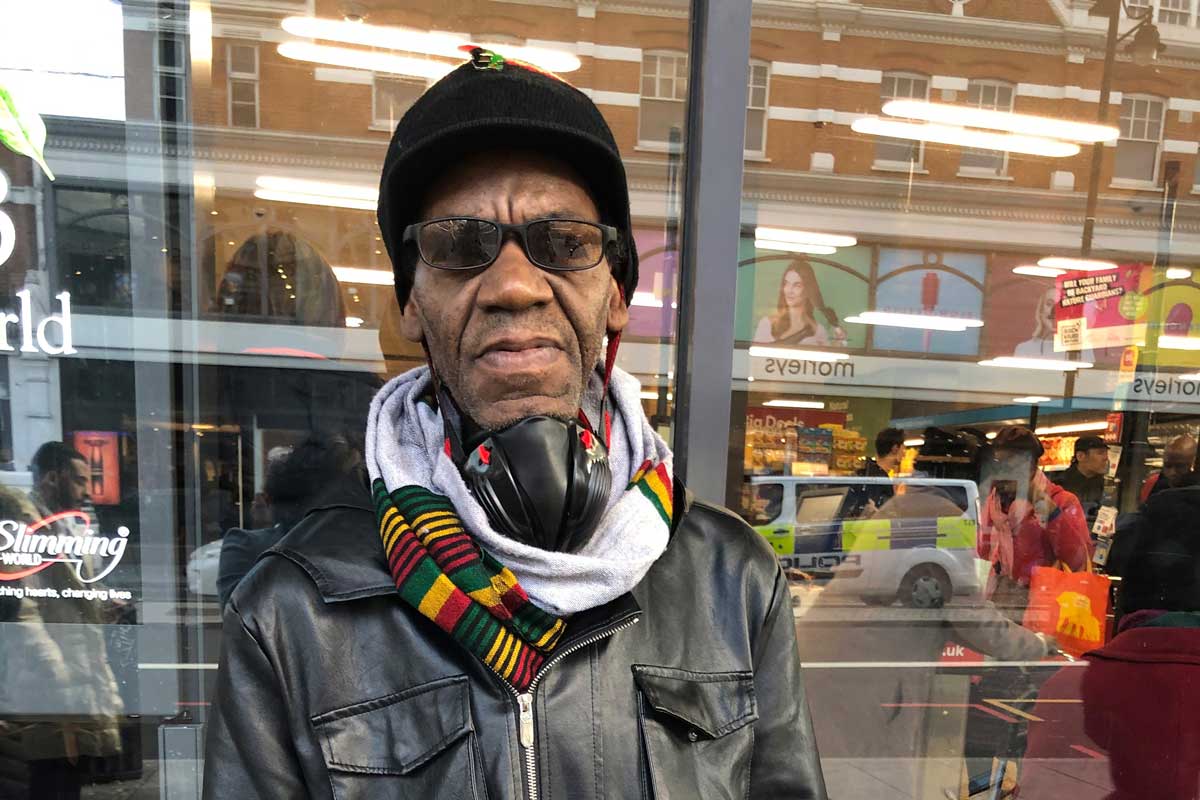 Walk by Brixton Tube and on almost any day and Mikey will be entertaining you on his steelpan. Simone Richardson dropped some cash into his basket and asked him about himself …

Mikey likes to be called “Kat in De Hat” – it’s on his business card, alongside the Jamaican flag. His parents are from Jamaica, but he was born in Camberwell and grew up there and has since lived in Dulwich, Peckham and, of course, Brixton. He is a Brixtonian at heart. He says it is his “stomping ground”.

He was 12 when he first played a steelpan: “I used to just mess about with a primary school band that had got a steelpan set, which was fun to do and it helped me progress learning. I moved into a professional band, which is where I learnt the rudiments of the instrument and how to play properly.” 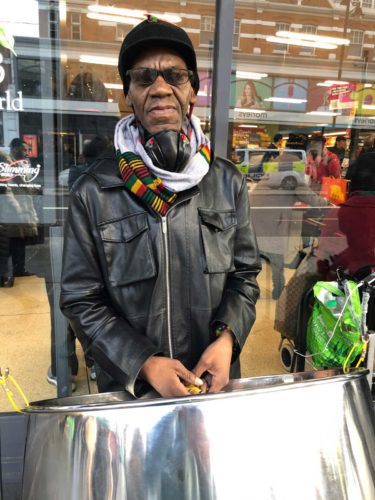 Mikey has been a member of the London All Stars Steel Orchestra since 1986. It was founded in 1974 by Trinidadian Frank Rollock, a very accomplished pianist and multi-instrumentalist, who lays claim to organising Brixton’s first carnival.

Steelpan originated in Trinidad and Tobago and at its famous annual carnival in February. London’s Notting Hill carnival has Panorama – its own steelpan competition. It has attracted hundreds of performers and audiences in the thousands.

“I have been playing on the road at the Notting Hill carnival since 1978 and I started paying at the Panorama evening,” says Mikey.

“From 1982 I entered that competition over the years with four different bands. Some years I played with two different bands in the same competition. My highest placing was with the London All Stars – Brixton Steel Pan finishing in first place.”

But he will continue busking in Brixton. “So many things are a smile to me because of pan,” he says. “Watching fully grown people cry when I play, watching little toddlers pulling away from guardians just so they can dance, school kids donating their pocket money … wow … I would have spent my money at the sweet shop! Too many things to mention …

“What is there not to love about pan?” he asks. “For me, it is the saxophone of the percussion section. When it is played and not beaten, it is one of the most beautiful sounds that anyone will ever hear.”

Mikey would love Brixton people to support the London All Stars at the Notting Hill carnival – especially this year being his last. He says they are always looking for new players – “whether they are professionals or just playing for the first time – the more the merrier.”

Get down to Brixton Road station and you will hear Mikey who is well worth a pound from your pocket.

‘Support your local business – we’re back in Brixton’