In a recent video Q&A, an architect for the development of the Lambeth Hospital site said Lambeth Council “pushed” for the plans to be denser. Kevin Wylde then caught himself and said, “perhaps pushed isn’t the right work”.

Chairing the call was Altaf Kara, Strategy and Commercial Director at South London and Maudsley NHS Foundation, joined by Director of ESA Architects Kevin Wylde, and Tom Branton from Homes for Lambeth, who was involved in the Elephant Castle redevelopment and formerly worked for Lendlease and others.

Residents, some of whom were on the call, were audibly heartbroken at the impact this will have on their lives.

One resident, who was invited to ask a question, said that he had been in every consultation call since the plans were announced during the lockdown in 2020 and that it was clear SLAM had no intention of listening or adapting the plans. He continued to say that while the planning applications contained many contradicting pieces of evidence and original plans for a more in keeping terraced designs, SLAM and Lambeth Council were only interested in a monstrous tower.

A lot of time at the beginning of the consultation was given to a doctor and user of the current site explaining how the buildings (less than 25 years old) were unfit for purpose. Later a resident, who will find the 18-storey tower at the end of their garden asked, “What about our mental health?”

An objection online states that: From the documents that I have reviewed from the application I do not believe the development complies with the Lambeth Local Plan policy D2. Lambeth Local Plan (adopted 2015) – policy D2 provides for a presumption in favour of sustainable development and this reflects the National Planning Policy Framework. This policy requires the Council to work proactively with applicants jointly to find solutions and to secure development that improves the economic, social and environmental conditions in Lambeth. Whilst I can see the economic benefits to the Council of a development of this size, I cannot fathom how it is sustainable from a community / people or environmental perspective.

SLAM seem to be clearly levelling this as a binary issue – either you care about the mental health of the hospital patients and affordable housing or you do not want the development. While a Lambeth Councillor suggested that a smaller development would only cut the percentage of affordable housing. The community group, however, are clear, if the site needs to be developed, it needs to be a sustainable, eco-friendly and in keeping design.

An online objection states that “Only lip service has been paid to the concept of greening and improving biodiversity on site with a ‘bee garden’ and an element of green space. There is no regard for the Environmental Bill 2020 currently passing through Parliament which will require an increase in biodiversity on site. There is no significant carbon analysis of the embedded carbon on the existing site, nor the emissions and pollutants that will be generated by the construction or operation of the new buildings.”

Other local architects who live near the development have suggested alternatives, from a sustainable building development in Norwich to the Beddington Zero Energy Development, one resident even suggested a large nature reserve and learning centre. However, SLAM look set to continue with an unsympathetic and unimaginative plan. 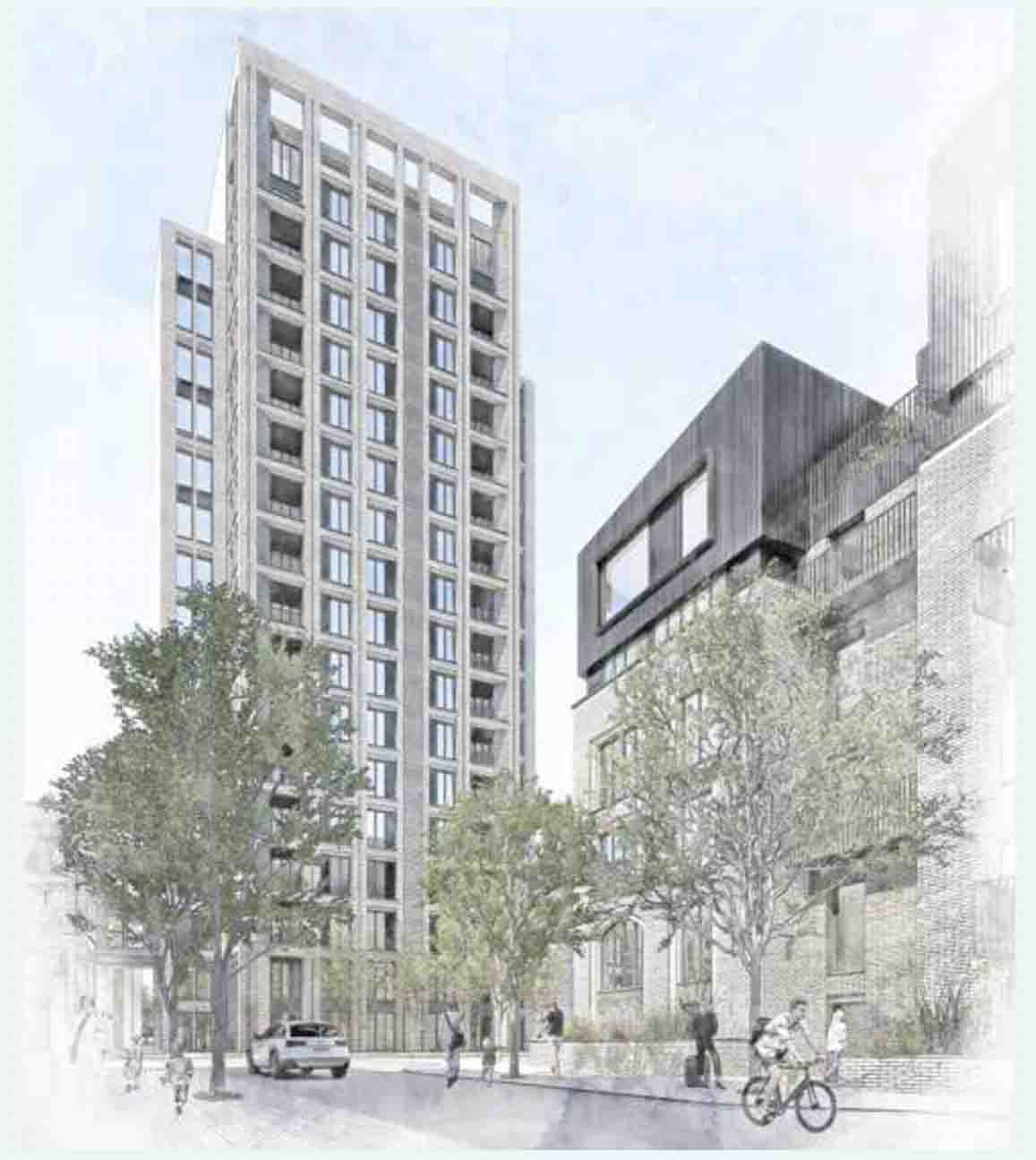 Questions have also been raised about strains on already crowded local services (SLAM believe there will not be any) and access to the developments play areas by others.

The development is car free and Lambeth say they will enforce this by stopping anyone living on the site from buying a parking permit, though residents remain sceptical that this will indeed stop more cars parking on the surrounding streets, where parking restrictions finish at 5.30pm and are not enforced on weekends.

The site, with current plans, is due before the planning committee in the coming months. With the Hondo tower under Mayoral review and new development in Loughborough Junction seeing discontent from locals, will the Landor Road site go in the same direction?

Many are calling for a community-based design process where the voice of locals is not lost and, in most cases, ignored for profits. With many more sites coming up for redevelopment – Pop Brixton, International House, Blue Star House, Fenwick Estate to name a few – it is time to radically rethink how urban spaces are planned and amplify the voices of the existing community, over computer generated, profit driven ideals.