Simone Richardson talks to Liyah Leoni about her creation The Wave, and why she launched it in Brixton library

The Wave is a showcase for LGBTQ+ writers and artists brought together by author Liyah Leoni, who promoted its launch in Brixton library in November.

“One of the reasons it was so important to host The Wave launch in Brixton is because South London has always had a sense of community,” said the author of Sincerely Yours.

“There is so much stigma in certain areas of London and that to me comes from lack of knowledge. So to hold a LGBTQ+ event in the library shows that Brixton itself is a ‘safe place’ and the sense of community stretches to our community – love, good vibes and energy always win.” 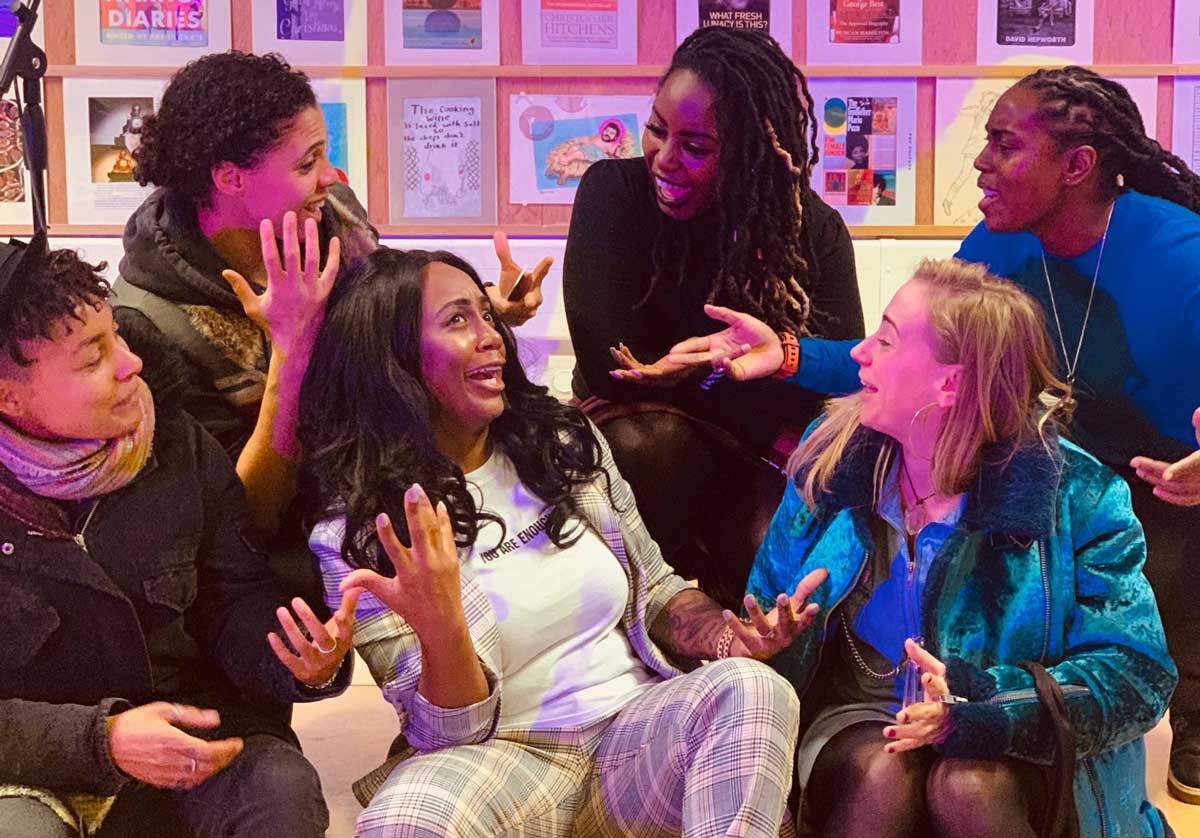 The evening in Brixton Library hosted by Liyah saw writers reading and talking about their creations, causing listeners both to laugh and to think deeply about what was written, read out loud and why it had happened in their lives.

Ellis Eyo-Thompson was up first, talking about his book called One in a Million. A Million in One. It was so inspiring that it is definitely worth going to Brixton Library to find.

He said: “My book is basically a spiritual journey of my life that I have broken down in a psychological way, as I did a psychology degree and it is spiritual to everything I have been through, struggled with and that has helped me.

“It’s my way of sharing it with the world, saying maybe you can learn something through me. The whole writing process was a journey of self love. We are all writers because we are scribes of our own lives and we are all on our own journey.’’

The woman who helped lead the journey of The Wave was Sabrina Jonson, who works for Lambeth libraries and archives.

She explained how it all came together when she met Liyah.

‘’She was doing signings of her book – Sincerely Yours – when I approached her and had a conversation about how to get her book into libraries and archives, because I noticed that our LGBTQ section is not reflective enough of the Black Asian minority LGBTQ community and I wanted to change that.’’

Sabrina explained how Liyah had expressed her vision for The Wave, saying: “Liyah told me to feature The Wave at Brixton library as it was paving a way for upcoming talented individual creatives and showcasing their excellence. We co-organised it from there.”

Liyah went further into what inspired her to launch The Wave at Brixton library: “Literature-based creatives are always forgotten about.

“We are in a digital age in which people much prefer to listen to audio books rather than hold a physical book in their hand.

The next Wave event will be in February in Clapham library as it tours Lambeth libraries.

The Wave will also return to its home in Brixton library in many forms – including poetry events, workshops, group building events and showcases like the amazing that took place in November.