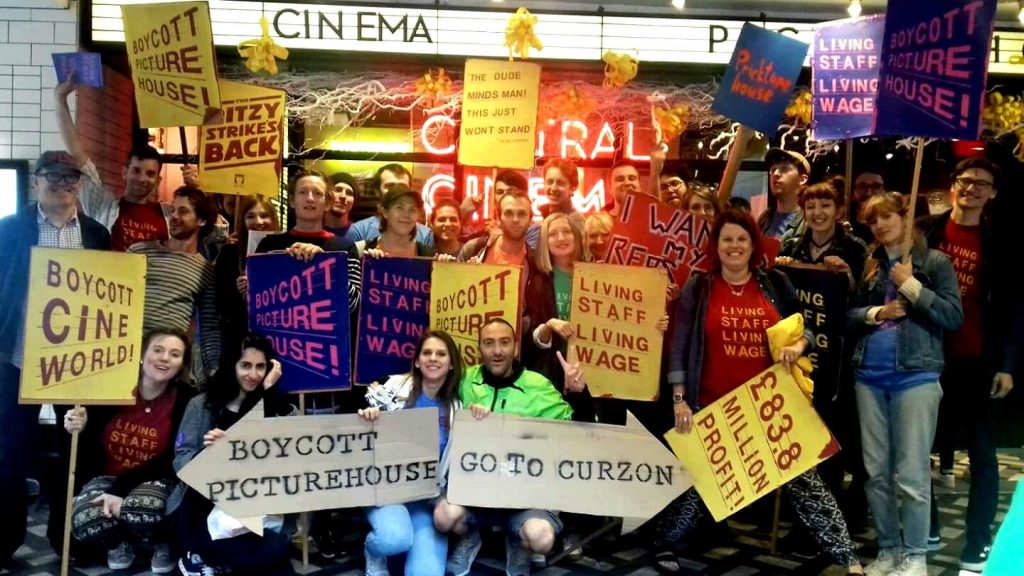 The long running dispute between Ritzy workers and Cineworld has been suspended says BECTU, the trade union representing cinema workers. The boycott campaign which attracted the support of famous names in cinema and theatre including Sir Ian McKellen and Sir Mark Rylance has also been called off. Bectu says that it will now focus on fighting for equal pay.

The fight for fair pay across Picturehouse cinemas began at The Ritzy in Brixton in 2014 and escalated in 2016 when management refused to negotiate with workers over a claim for the London Living Wage; company sick pay for all staff; company maternity/paternity pay for all; fair pay rises for different roles; and union recognition for the union chosen by the workers of the striking sites. (BECTU is recognised at the Ritzy). Members at the sites were balloted for strike action and returned a 95% vote in favour on a turnout of 75%. 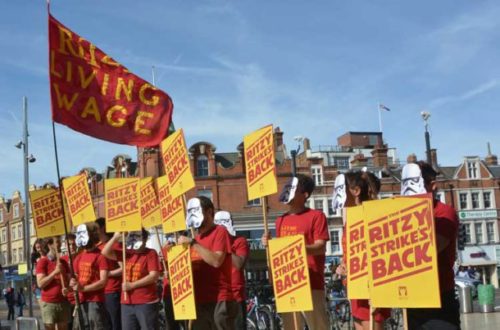 IN a statement announcing BECTU’s suspension of the boycott, assistant national secretary Helen Ryan said: “BECTU members have now agreed to suspend our Living Staff Living Wage campaign and call off the public boycott to focus on fighting for equal pay at the Ritzy and continuing to challenge the dismissal of other members.

“We’re very proud of our long-running Living Staff Living Wage campaign, which has been tirelessly led by members who have inspired lots of new members to join our movement in theatre, film, entertainment and TV.

“While we are disappointed by the recent Employment Tribunal decision to revoke the reinstatement order for two ex-Picturehouse representatives, we are pleased to have won both the original unfair dismissal claims and compensation for the members involved.

“BECTU members have now agreed to suspend our Living Staff Living Wage campaign and call off the public boycott to focus on fighting for equal pay at the Ritzy and continuing to challenge the dismissal of other members.

“We won’t rest until Ritzy and Picturehouse follows suit with other cinema employers we have successfully worked with and treats all its workers fairly.”

The Brixton Blog and Bugle has covered the story since the dispute started. See below for background.

‘My goal is to inspire people’