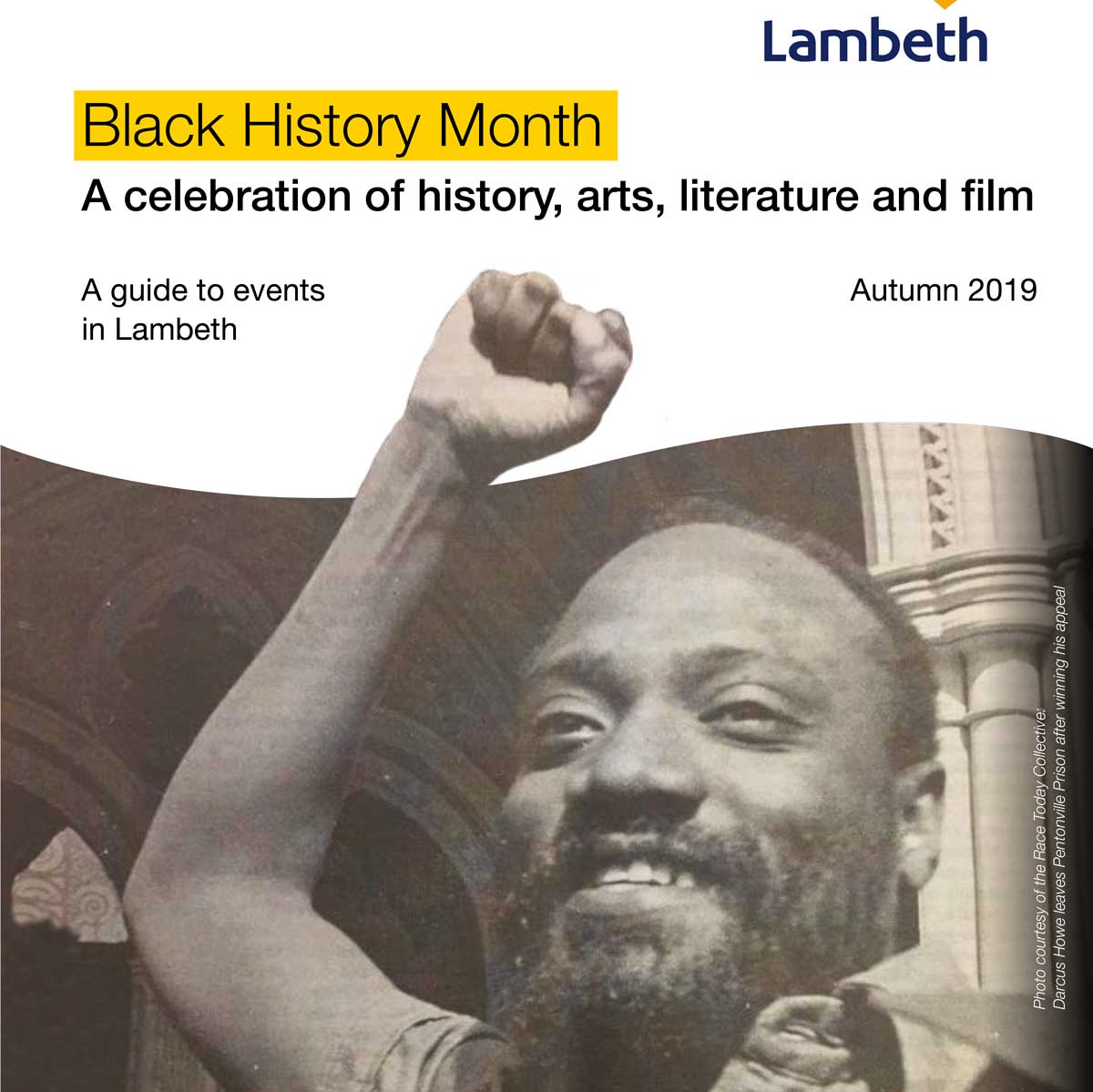 Lambeth Libraries in partnership with the Black Cultural Archives and local organisations host Black History Month with authors, films, music, dance, theatre and a month-long chance to learn about and celebrate African Caribbean Heritage and Culture. Below is a selection of events. For a full listing pick up a printed guide from your local library or download a brochure here.

Dr Feyisa Demie shares the historical evidence of the presence of African people in Lambeth and their success story in education.  The format includes a presentation, Q&A and open discussion. All welcome.

A three-day festival dedicated to Black films from across the diaspora. Curated in association with arts and culture newspaper Alt Africa. Films and activities for all ages. Various times and locations (see www.blackculturalarchives.org)

Hear about ancient and medieval African history from historian and writer, Robin Walker while being treated to a four-course meal.

7 October ABC Merriman-Labor: A Sierra Leonean in South London 1906-1919 with S I Martin

Take a journey around the South London Pan African scene 1906-1909 through the eyes of ABC Merriman-Labor, the Sierra Leonean lawyer and businessman. His 1909 book Britons Through Negro Spectacles shines a comic light on attitudes to Africans in Britain and lets us compare community relations now and then.

As part of Brixton Library’s visual Black History Month, Djofray Makumbu opens up his diary and invites audiences into the world of a young black man on a journey of self-expression.

The Stuart Hall Project  is a 2013 British film written and directed by John Akomfrah, centred on Jamaican cultural theorist Stuart Hall,  one of the founding figures of the New Left, New Left Review and a key architect of Cultural Studies in Britain.

Admission on the door by donation (£5 per person, suggested) and serving a range of tarts (vegetable & vegan)/salads/cakes (including some vegan)/snacks for sale.

An opportunity to buy some of the best in Black books. If you’re a bibliophile interested in works written by authors from across the diaspora this is not an event to be missed.

Join Pegasus Opera for an evening of splendid singing. The evening will end with some audience participation so bring your best voice.

The ‘Hidden History of Africa before the Slave Trade’ is a presentation that addresses one key question: What history do Black people have before the slave trade started? This lecture discusses the Empire of Mali, the Yoruba Kingdoms, Medieval Sudan, Medieval Ethiopia and the East African Coast.

For tickets and more information call 0208 674 3038 or visit www.stmartinscc.org

22 October Stories from the Street: Windrush and the Hostile Environment – Film showing

Brixton based artist Tony Cealy presents: Stories from the Street, a behind-the-scenes drama- documentary film interspersed with interviews and narratives from local people of Brixton on the implications of the recent Windrush scandal and the Government’s hostile environment policy.

Join members of the Race Today Collective, past contributors and those today who take inspiration from Race Today, to launch the first book-length anthology of articles  Here to Stay, Here to Fight.

From 1974 to 1988, Race Today, the journal of the Brixton based Race Today Collective, was at the epicentre of the struggle for racial justice in Britain. Placing race, sex and social class at the core of its analysis, it featured contributions from some of the leading voices of the time including C. L. R. James, Darcus Howe, Linton Kwesi Johnson, Toni Morrison, Maya Angelou, Walter Rodney, Bobby Sands, Farrukh Dhondy, Mala Sen and many more.

Organised by the Darcus Howe Legacy Group in collaboration with Lambeth Libraries.

St Martins Community come together to celebrate the contributions and achievements of their local Windrush residents. A commemorative evening filled with song, dance and poetry. For tickets website www.stmartinscc.org

In 2007, inspired by the bicentenary of the Abolition of the Slave Trade Act and looking to explore his own African roots, David Lammy took a DNA test.

His nucleic acids revealed that he was 25% Tuareg tribe (Niger), 25% Temne

tribe (Sierra Leone), 25% Bantu tribe (South Africa), with 5% traces of Celtic Scotland and a mishmash of other unidentified groups.

Both memoir and call-to-arms, Tribes explores both the benign and malign effects of our need to belong. This book is a fascinating and perceptive analysis of not only the way the world works but also the way we really are.

27 October Feast in the Archive

An afternoon of culinary delights. Delve deep into the Archives as well

as enjoying entertainment, history and community. 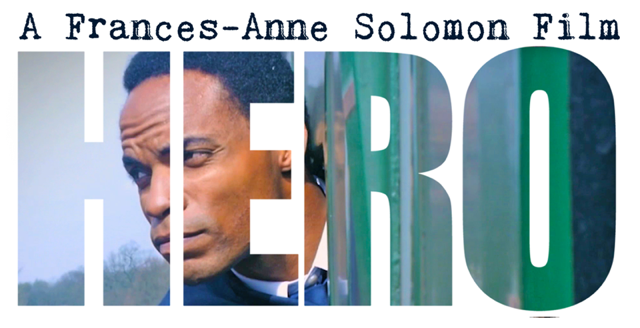 The Coldharbour Project is a 360 ̊ VR film that takes viewers on an alternative tour of Brixton, meeting people along the way who have shaped Brixton’s strong and symbolic cultural fabric over several decades.

Produced by the Independent Film Trust and Booted and Rooted, the project has involved local people at every stage of the production process.

Writer, poet and curator, Amina Jama, brings the photography of the award-winning Yasin Osman to the Black Cultural Archives. Immerse yourself in the vibrancy and emotion of Yasin’s exhibition in honour of his grandmother. £3 admission