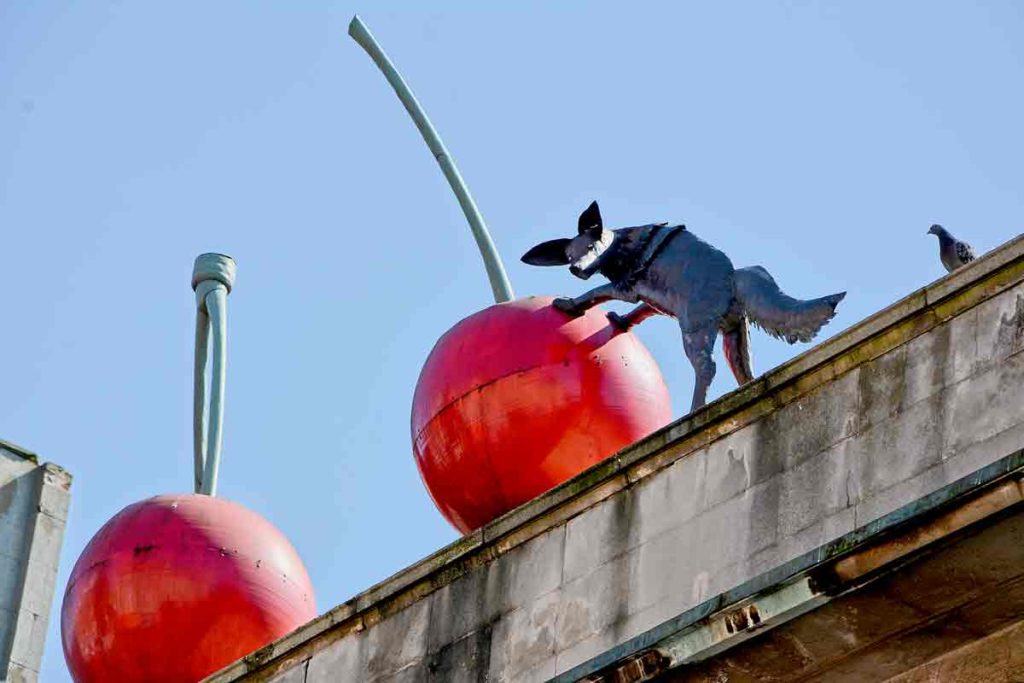 Council officers are recommending conditional acceptance of all three applications that would see:

The plans to replace the “foxes and cherries” building are a revision of an earlier application that was revealed by the Brixton Blog last October.

But they also point out that the new building would result in loss of daylight and sunlight for nearby residents.

There is also concern about the impact building work for the block would have on stallholders in Electric Avenue and nearby. The rear of the site backs on to the Reliance Arcade, currently being refurbished. One side is opposite the striking – and listed – former Photofusion building that was restored by the council and the entrance to Market Row.

Local residents and the Brixton Society have objected to the plans on several grounds, especially the height, but the Brixton Business Improvement District (BID) has backed the plan because of its economic benefits, including office space.

The Brixton Society says the revised design is “totally out of scale with its surroundings” and its presence “would do great harm” to the listed building on the other side of Electric Lane.

“The 1970s-style façade treatment proposed for this tower element is completely out of sympathy with the historic context. A reduction in height and bulk are essential,” the society says, pointing out that the proposed height would be greater than the 1888 building that once stood on the site before being destroyed by a wartime bomb.

Several local residents have lodged objections. One says that the consultation process on the proposed building has been “flawed and problematic”. The original proposals were exhibited in Effra Space – a considerable distance from the proposed building. Objectors say that they were not consulted on the revised plans.

They are calling for the planning committee’s decision to be postponed and have warned of a possible complaint to the local government ombudsman over the consultation process.

Residents also point out that the assessment of the new building’s effect on daylight and sunlight are “highly inaccurate” and that nearby homes would suffer a 50 per cent reduction in daylight.

Lambeth council’s own regeneration team says that the revised plans have “less interest” than the original and look “a bit flat”.

The team points out that the proposed new building is “more solid and is still much higher than other buildings on the street, especially Reliance Arcade”. It says the façade is “bland”.

While the height has reduced, says the regeneration team, “there is concern that the change in materials away from the light box to solid brick will create a more noticeable and incongruous impact on this view by sitting directly within the view of open sky above Electric Avenue roofs from Brixton Station.

“This view of the roofscape with clear sky is key to appreciating the original ‘sweep’ of Electric Avenue.”

The regeneration team also says that the visual impact of plant on top of the roof is not accurately shown in studies for the planning committee.

The site of the former Temperance Billiard Hall on Coldharbour Lane on the corner with Rushcroft Road is recorded by the official UK Land Registry as being owned by Snowdon Real Estate Limited, a company registered in the British Virgin Islands, so that it is impossible to discover full details of its owners.

Its proposal is to “regularise” the use of the building as a “house in multiple occupation” (HMO) to be operated by the London-based Rooms and Studios Ltd.

Documents before the planning committee say that its current use is an unauthorised mix of 38 flats and communal food preparation areas.

The council served an enforcement notice concerning the unauthorised use in 2016.

Officers now say that the proposed work would restore the locally listed building.

Lambeth council’s temporary accommodation team currently has an open-ended leasing agreement giving it exclusive access to 16 of the rooms in the building.

Council officers point out in documents before the committee that an HMO does not have to meet the same standards as “self-contained residential dwellings”.

Tonight’s meeting is at 7pm in committee room B6 in the town hall. Also on the agenda (and listed first) is a fourth item concerning a site in Knight’s Hill in the far south of the borough – it could be a long one. Full details from the council website.

The Brixton Exchange: A day of discussion about Brixton past, present...

Then, suddenly, the balance of power shifted as petrol bombs began...