Staff and children of Grove Adventure Playground in Loughborough Junction have recently taken the unusual step of donning hi-vis jackets, safety glasses and picking up brooms to try to improve the dreadful and often dangerous condition of the public highway and pavement that runs by the entrance to the playground.

It is easy to understand why Gordon Grove may have fallen off the radar with regards to street care and maintenance, given the general cuts in services and the fact that the playground is the only property with a front door to the street. However, this neglect has resulted in the street and pavement becoming a local dumping ground and wasteland where glass, nitrous oxide canisters, old furniture, weeds, vehicle parts, overfilled bin bags and years of filth combine to create an approach to the playground that is unacceptable.

Conditions begin to get even worse after rain as the roadside sewers are backed up and blocked, creating a toxic and unpleasent soup that regularly claims the footwear of unsuspecting parents and children arriving for a day’s play.

The playground itself has made improve­ments to the street by cleaning and painting the premises, recommissioning automatic external safety lights that now illuminate much of the pavement and street throughout the night, as well as installing, planting and maintaining flower beds along the street and recycling dumped furniture into street art. But without any regular street cleaning or public bins, the street is often overcome with discarded fast food packaging, drinks containers and other rubbish.

When Grove Adventure Playground was re-opened by the Loughborough Junction Action Group and local volunteers in 2018 it had previously been claimed by the council that there was “no demand” for an adventure playground in Loughborough Junction and one of the most iconic play structures in Lambeth was almost lost through closure, neglect and planned development.

However, less than a year after re-opening the playground and with 350-plus local children registered, the retention of Grove Adventure Playground has been shown to be absolutely critical.

This fact was tragically underlined after the recent loss of Glendon Spence to knife crime at the Marcus Lipton Youth Club, that sits next door and shares a perimeter fence line with the playground.

In partial response to this terrible incident, Cllr Jack Hopkins, leader of Lambeth council, has made a commitment over the long-term to protection and enhancement of both the playground and youth club, along with future investment in the area.

It is to be hoped that Lambeth council confirms this policy as a matter of urgency, because with no council funding the play­ground only survives through successful grant applications that require some certainty over the continued operation of the applicant’s premises, something the playground is unable to guarantee with the current lease agreed with Lambeth due to expire in 2021. 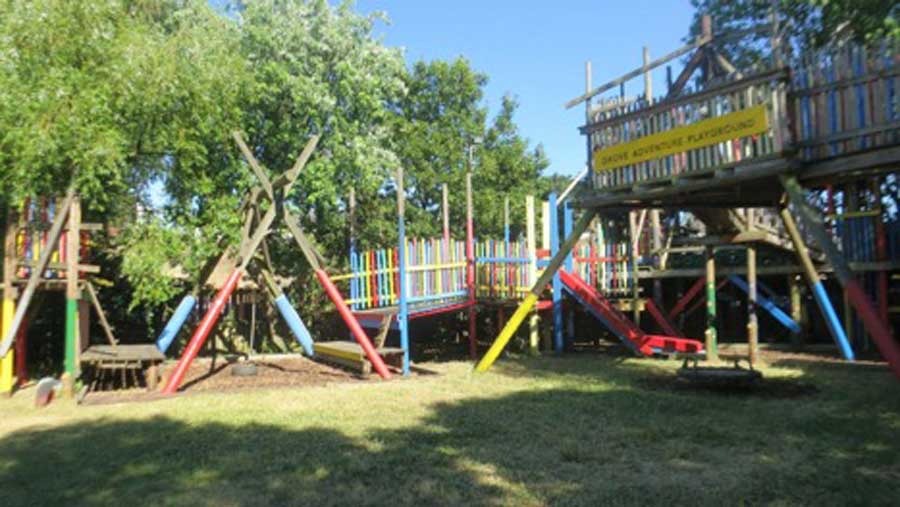 But even in the absence of sufficient funds to be able to expand the services to the local community, the playground continues to provide safe, supervised, adventure play and healthy, cooked nutritious food each Saturday during term time and throughout each holiday with no charge to the parents and carers of the children and young people who flock to the playground.

Surely the least that could be expected is that the street and pavement is properly cared for, cleaned and maintained directly in front of a vital community resource in the middle of one of the most deprived and densely populated wards in London, where the impact of long – term austerity and reduction in public services has been devastating.

Responding to a request for comment from the Bugle, a council spokesperson said: “Lambeth council has had to save more than £230 million since 2010, with the need to find another £38 million in savings over the next four years. We have worked hard to protect the most vulnerable from these cuts, but their impact is still being felt in the community. “We remain committed to directing our remaining money to where it will have the biggest impact, and towards those most in need.

“At a public meeting in Loughborough Junction the community said the Marcus Lipton Youth Centre must re-open, and that council support for the near-by Grove Adventure Playground should continue. Local people also asked for development proposals for the Grove Adventure Playground and Marcus Lipton Youth Centre, as contained in the draft Loughborough Junction Masterplan, be dropped. “The council is honouring all three of these requests, and plans for the Marcus Lipton centre’s re-opening are progressing well. More details will follow shortly.”