Tomorrow (30 May) sees the launch of a book that marks the 200th anniversary of “The House on the Hill” – Brixton prison.

Author Christopher Impey will be at a free event in the Brixton Pound café from 6.30 to 9.30pm to give a talk along with Raphael Rowe, investigative journalist and broadcaster for BBC and Netflix. He was one of the M25 Three who spent 12 years in prison until their convictions were quashed after a series of appeals.

Brixton is one of the country’s oldest and most notorious prisons.

The House on the Hill 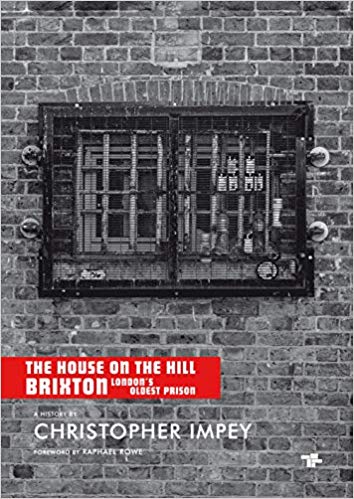 tells the story of this remarkable, experimental institution by recalling the colourful lives of some of its residents – among them Mick Jagger, British Union of Fascists leader Oswald Mosley, serial killer John Christie and philosopher Bertrand Russell. It is illustrated with fascinating, never-before-seen photographs.

The lord mayor of Cork in Ireland, Terence MacSwiney, died as a result of a hunger strike in 1920 in the prison where he was serving a two-year sentence for sedition.

The book’s stories about Brixton prison include how:

It became the first women’s prison in the UK in 1854, with the first ever female governor, Emma Martin, and a nearly all-female staff.

“Fraggle Rock”, its notorious mental health wing at the start of this century, which was closed in 2005, was so poorly managed that it was linked to the suicides of 14 prisoners and three staff members over an 18-month period – still a national record. The head of the prison service at the time described it as a “hell-hole”.

Why and how the prison is still at the forefront of change, as London’s first “resettlement” jail. The Clink, a restaurant in the former governor’s house, is rated as one of the best in the capital.

The book also features character sketches of remarkable London characters – like the Oyster Eater, a vagrant whose insatiable appetite made him the scourge of the city’s costermongers and The Forty Thieves, a gang of children who terrorised South London – as well as more notable staff members, like the brutish first governor John Green who was sacked for violence and drunkenness.

The House on the Hill
By Christopher Impey, foreword by Raphael Rowe
Publication date 30 May 2019
Publisher Tangerine Press
ISBN (paperback): 9781910691427