Lambeth council’s planning committee will next month consider plans that could lead to significant changes in the character of Brixton Village and Market Row – the large covered markets run by Hondo Enterprises that took them over last year.

The application was published as Hondo confirmed reports that it has purchased the Pope’s Road site adjoining Brixton Village that is now occupied by Sports Direct and Flannels. The planning application does not apply to this site.

Footfall in the markets has been declining for years and Hondo has pledged to turn this around.

Both Brixton Village and Market Row are in the Brixton conservation area and are grade II listed by Historic England – largely, but not exclusively, because of their cultural importance.

A report by council officers to the planning committee notes that: “Market Row along with Reliance Arcade and Brixton Village formed the commercial and social heart of the extensive Afro-Caribbean community that settled in Brixton after WWII. The successful adoption of the markets is the clearest architectural manifestation of the major wave of immigration that had such an important impact on the cultural and social landscape of post war Britain, and is thus a site with considerable historical resonance.”

Officers are recommending provisional acceptance of the plans, subject to an agreement under section 106 of the Town and Country Planning Act which would see the owners pay the council a “community infrastructure levy”.

The main effect of the proposals would be to allow later opening and changes in the current balance of traders in Brixton market – allowing up to half of all premises to become food and/or drink establishments, but setting this proportion as the maximum permitted.

Hondo’s two linked applications seek “blanket permission” for all ground floor units and linked first floor units to have “flexible” use. They say that at least half of existing units would remain class A1 (shops) with no more than half of the units becoming class A3 (food and drink).

Council officers say in reports to the planning committee that the Lambeth Local Plan, written in 2015, requires that no less than 50 per cent of original ground floor units in the indoor markets should be in class A1 use and the no more than half should be in class A3 use. Unlike premises fronting the street, there are no restrictions in the policy on the number of premises with the same use sited next to each other.

Officers say that this policy should be supported by a management plan agreed between the council and managers of the indoor markets.

Hondo’s management plan “outlines a vision and commitment to enhance the infrastructure of the market for customers and tenants, transform it into a professionally managed and operated market and to help new and existing traders develop thriving businesses.”

The officers say that the proposal “seeks to increase footfall and trading activity for all tenants and to help the market continue to be a community, cultural and commercial hub for Brixton.”

Hondo’s application seeks to change opening hours to extend trading on Mondays until midnight – consistent with the remainder of the week – with an additional hour of opening each day after the public have left to allow cleaning of the premises. Current opening times of 6am would be unchanged.

The council’s environmental health department says that to prevent unreasonable noise disturbance to people living near the markets all deliveries should take place between 7am and 9pm.

Existing first floor business units in the market are excluded from the application and would remain unchanged. No internal or external works to the existing sites are proposed as part of the proposal. 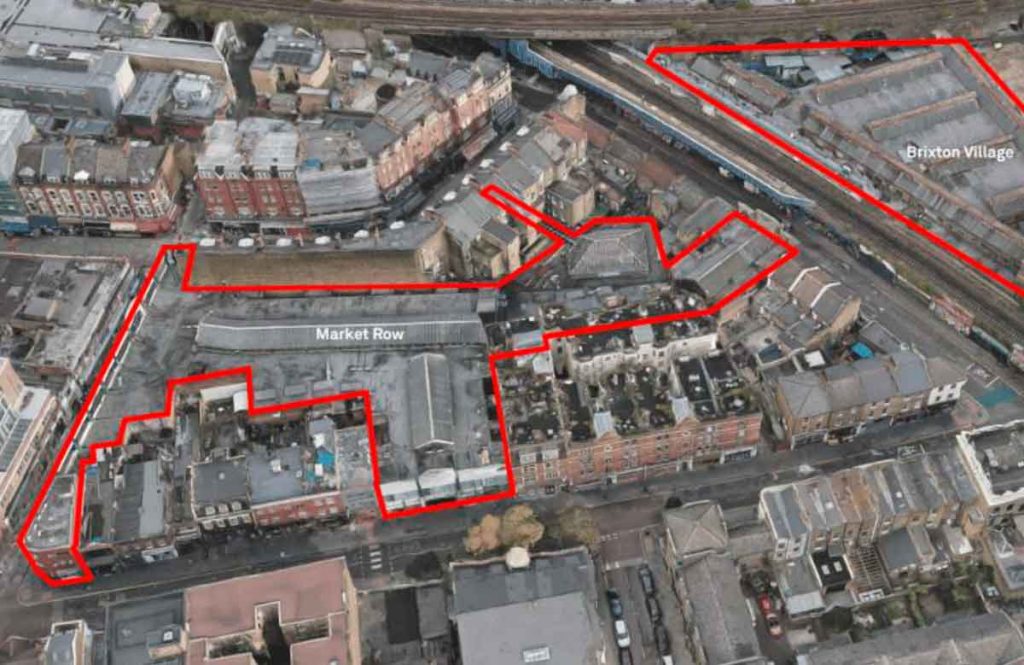 There has been little public discussion or debate on the changes. Hondo organised two invitation-only meetings, displayed a notice in the markets from 12 March to 2 April and advertised the application in a local paper on 5 March. The “formal consultation period” ended on 2 April. The council said 19 letters of support had been received.

Plans for the future of the covered markets were made publicly available on the council’s website last night (25 April). They were submitted to the council on 13 February this year.

They will be considered at a meeting in Lambeth Town Hall in Brixton at 7pm on Tuesday 7 May.

One of the respondents in favour of the plan is Florence Eshalomi, London Assembly Member for Lambeth and Southwark, who grew up in Brixton and is a former Lambeth councillor.

She said she had seen how important the market is to people who live and work in the area.

“I am keen to ensure that any plans for the market take into consideration its importance to the Afro-Caribbean community, its important cultural heritage and that steps are taken to protect its rich history,” she said.

“This is particularly true when it comes to the diverse offering of the traders, from restaurants to greengrocers the commodity mix should be preserved for the long term.”

She welcomed the change of use application as it would ensure that no one type of use could ever be dominant.

“Brixton is renowned for being one of the most vibrant and dynamic areas of London. As the area continues to develop, the market must be given the flexibility to adapt in order to ensure its long-term success,” she said.

Earlier this year Stafford Geohagen, the owner of Healthy Eaters which is sited between Market Row and Electric Avenue, had to take the registered owners of the markets – the Amsterdam based company AG Market Row B.V. – to court to get his lease renewed.

Hondo Enterprises says it is a partner of Angelo Gordon, the giant New York based hedge fund, whose Amsterdam-based subsidiaries are the registered owners of Market Row and Brixton Village.

Hondo is employing a planning agency, DP9, to deal with its application. DP9 has been involved in projects ranging from the new Tottenham Hotspurs stadium to Battersea power station and Elephant and Castle town centre. It describes itself as “one of the leading expert consultancies in planning, development and regeneration in the UK”.

Union to consult all Lambeth members over library strike