A snippet of future fantasy

Devon Dylan was found on AnApp (where else?)*. We met in a very loud, very sweaty pub in Clapham, which was fitting, because although Devon Dylan is from Devon, he could equally be called Clapham Callum given his wardrobe, voice, face etc.

I liked that we knew some of the same Devony places. In fact, my 13-year-old self would have been thrilled with me for going on a date with a boy who was both two years older and who used to rent out paddle boards on Blackpool Sands. What a dream!

It is probably a good sign on a date, if when you are kicked out the pub at closing, you try and find somewhere else to go. The only place open was a more loud and more crowded bar.

The waitress obviously noticed our repeated cries of “I CANT HEAR YOU” and came over to us. “I’m sorry it’s so busy, but you should come another night – earlier maybe?”

“Oh, don’t worry,” I replied. “We were just glad somewhere was open.” It shouldn’t be charming when men maybe slightly undermine what you’ve said to an external party, but when Dylan muscled in with: “Thanks so much, we’ve been planning to come here a while actually, we should definitely come again, shouldn’t we?” I near melted.

Why is it so lovely when boys you hardly know pretend you are in a an actual real relationship? I wish I didn’t find it so like, well, wonderful, but I do. Maybe it’s the sense of possibility, like it’s pretend but also it so could be real – it allows for this snippet of future fantasy. Or, maybe it’s because someone pretending we are in a long-term relationship is the closest I have ever been and ever will be to true love. Yes, thank you, correct: woe is indeed me.

Dylan walked me home and kissed me at the end of my road. I would class it as a good kiss, but that might have been because despite it being dark, the air was still warm, and I was wearing a white linen dress and it felt all summer-love-ish. Not to say Dylan wasn’t/isn’t lovely – and a little bit funny, but I can’t decide if I really like him. Of course my Jack-Wills-clad, surfer lusting early-teen self would be totally and utterly in love with him, but can I really pursue something just to make her happy? Also, 13-year-old self was very into the Tory thing, because it was kind of in, wasn’t it? If we really think about it, it was probably Jack Wills that caused Brexit.

So maybe I don’t like him, because I, Posy Bernstein, move with the times, and the changing political climate has occurred alongside a changing political Posy. So, despite boys fancying me being glorious validation, the fancying (alongside cosy checked shirts, posh boy banter, and a stellar knowledge of the South Devon coastline) is not quite enough to make me fall in love. Having said that, I have not grown up enough to refuse a second date with Dylan so, I’ll talk to you next week.

*Please, if anyone knows where else, do tell me immediately. 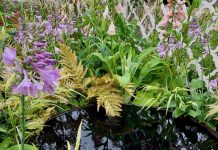 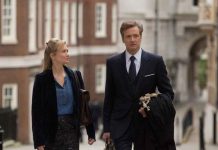 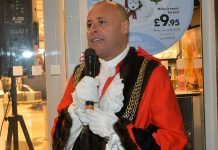