A government minister made time on one of the busiest days in the recent history of Parliament to meet three coaches from Brixton’s Afewee Football Academy.

Steadman Scott, Tony Goldring and Keishana Kelly wre invited by Camleot, the National Lottery organisation, to an event in the Palace of Westminster.

It coincided with day on which the government was defeated three times in 90 minutes in House of Commons votes on Brexit. 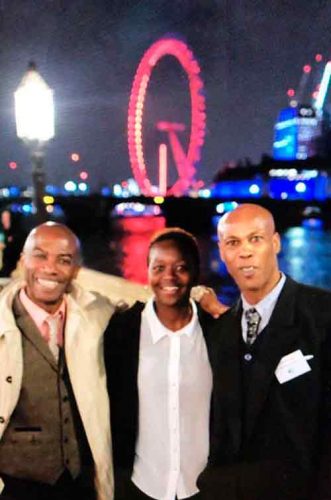 The Afewee trio met Mims Davies, the minister for sport and civil society, who is in charge of social enterprise, youth, sport, loneliness, horse racing, gambling and lotteries.

Afewee has been running the football academy based in Brixton Rec for more than 20 years.

Dozens of Afewee old boys and girls have made their way into club academies and every Premiership club in London hosts an Afewee boy or girl.

Thirty Afewee alumni have gone on to become professional players, five play in Premier League sides, most notably Nathaniel Clyne, who has played for the England national team.