Some of the youngest and the oldest people present featured at today’s (11 November) Armistice Day ceremony in front of the African Caribbean war memorial in Brixton’s Windrush Square.

Winston Whyte, jazz musician and writer – who came to Britain from Jamaica at the age of 17 and signed up for the RAF during the Second World – attracted much attention as he joined child volunteers to scatter earth from the battlefields of the Somme on planters in front of the memorial. 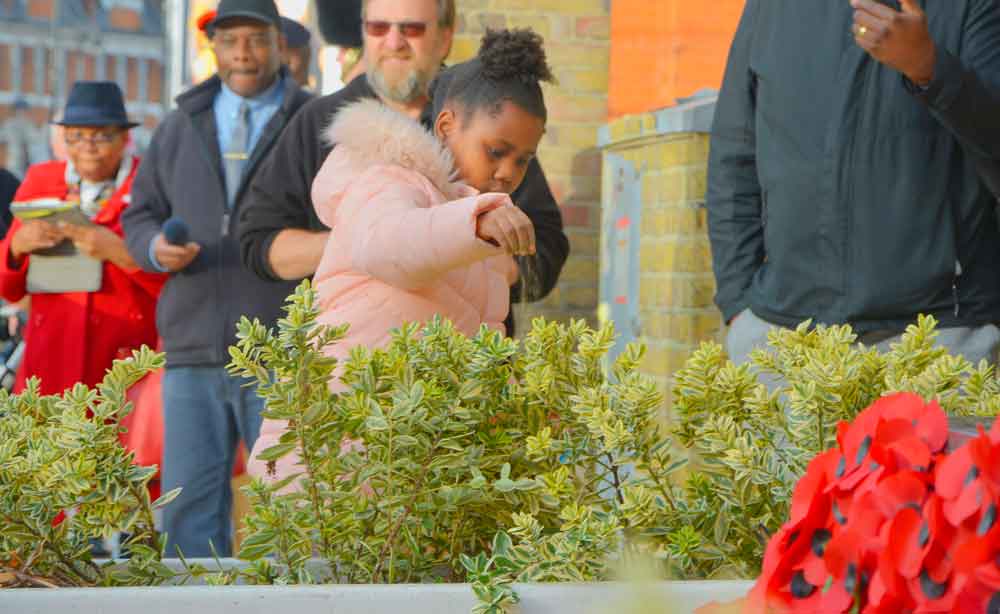 The earth, from First World War battlefields at Ypres, Arras and Aisne, had been on a 350-mile pilgrimage with Brixton as its final stop.

William Parsons, co-founder of the British Pilgrimage Trust, whose own grandfather died in the First World War, walked a 350-mile route from Southampton, where the British Expeditionary Force departed in 1914, via Dover, the return port of the Unknown Soldier, the only British First World War soldier whose dead body returned to the UK.

Along the way, soil from the battlefields was placed at 100 war memorials – the 100th being Brixton’s African Caribbean War Memorial.

The Armistice Day parade was addressed by several speakers and entertained by African drumming and calypsonian Alexander D Great.

Local MP Helen Hayes, who was also speaking on behalf of Lambeth council leader Lib Peck, who could not attend the parade, said it was a privilege to honour then estimated two million people from Africa and the Caribbean who had served in two world wars and subsequent ones.

Africans and Caribbeans who had taken part and had been overlooked so often needed to be re-inserted into history.

She spoke, as did several other speakers of the racism and abuse suffered by people who had volunteered to join the fight against fascism in Europe and, in many cases, paid their own fare to do so. 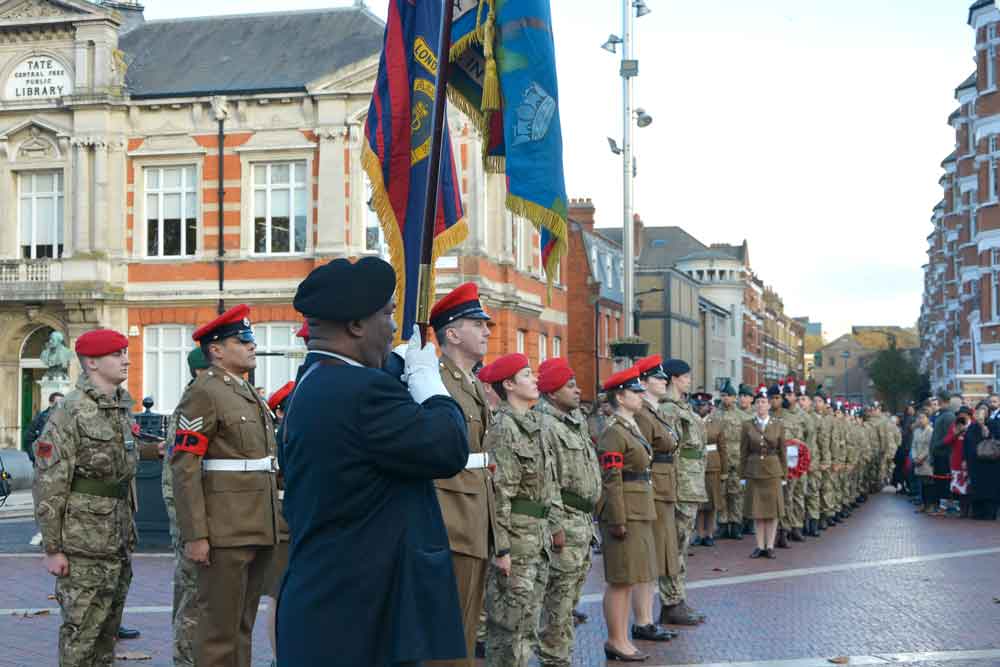 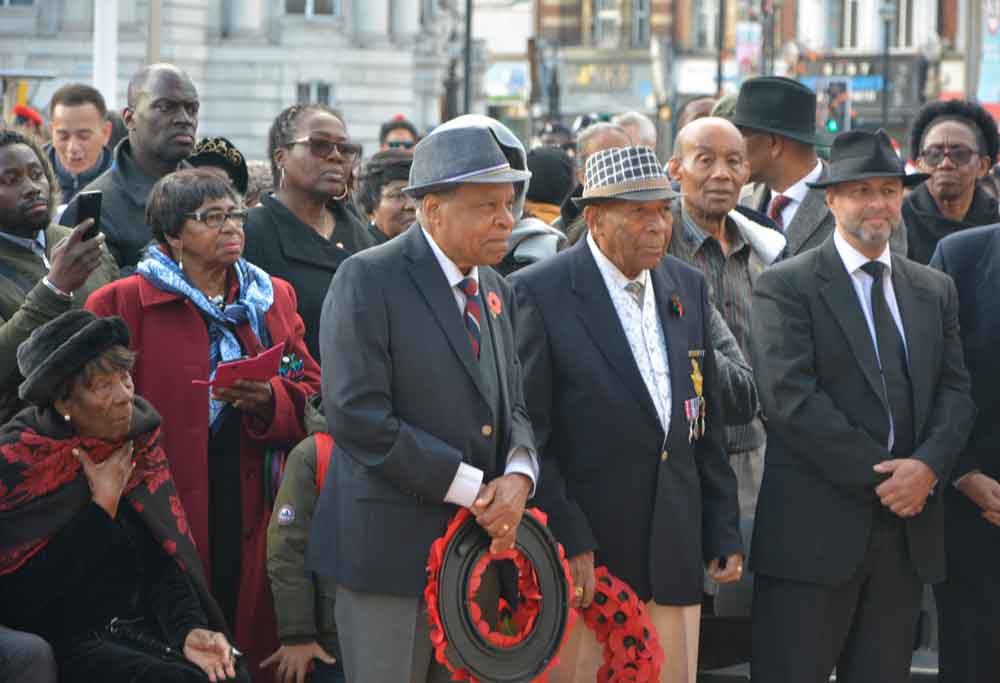 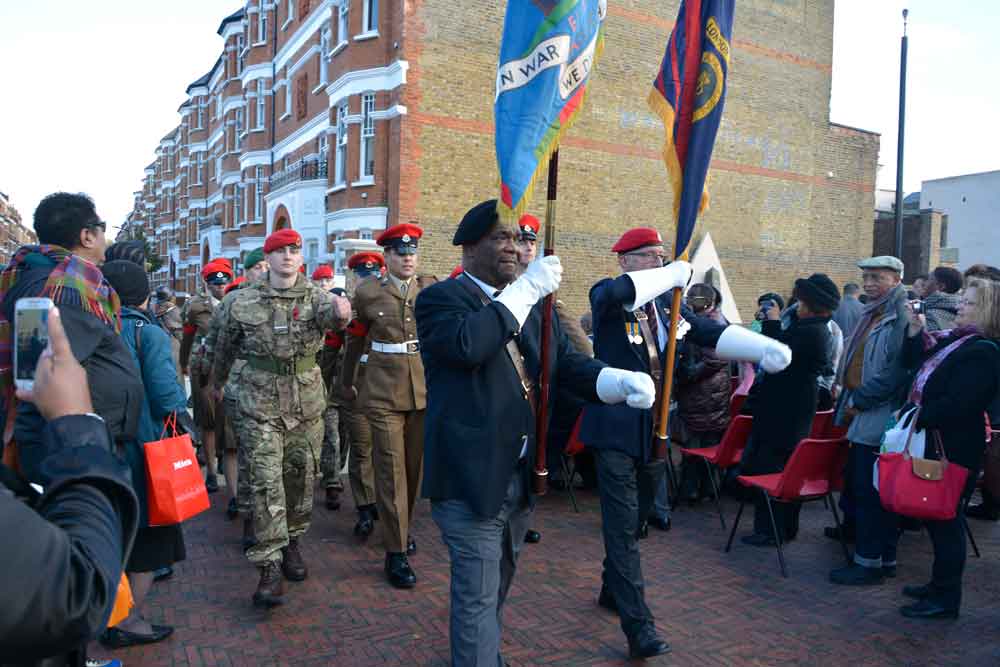 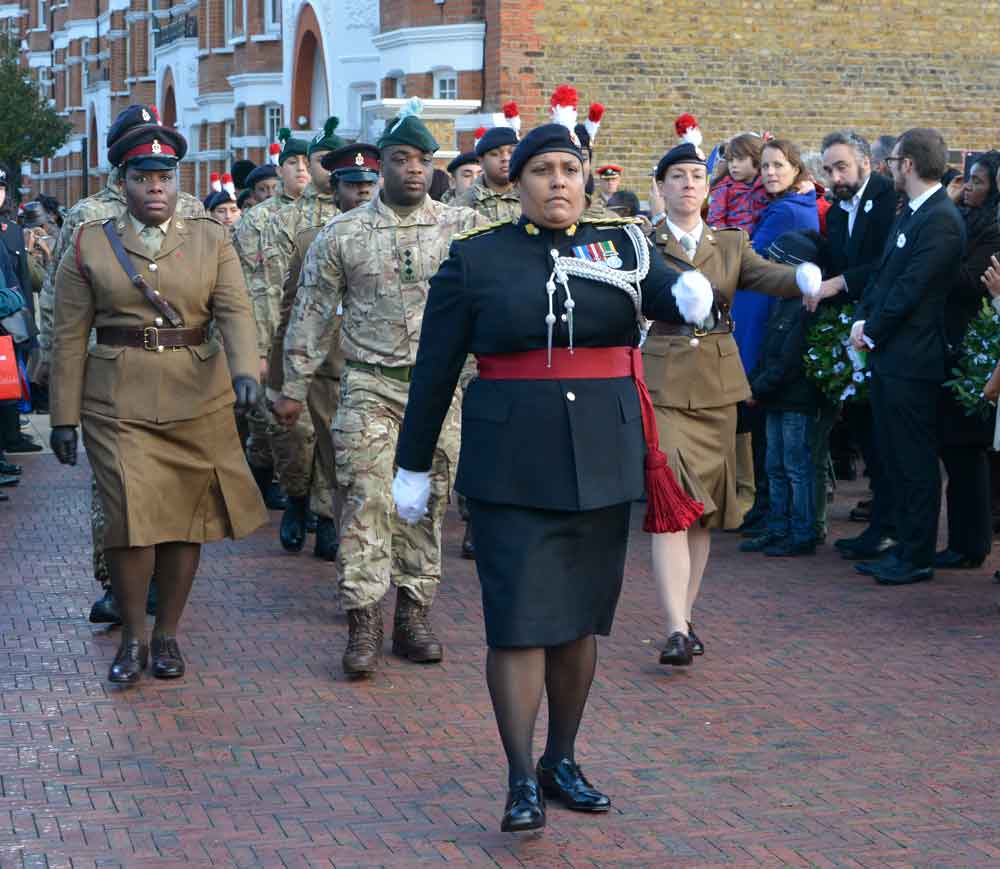