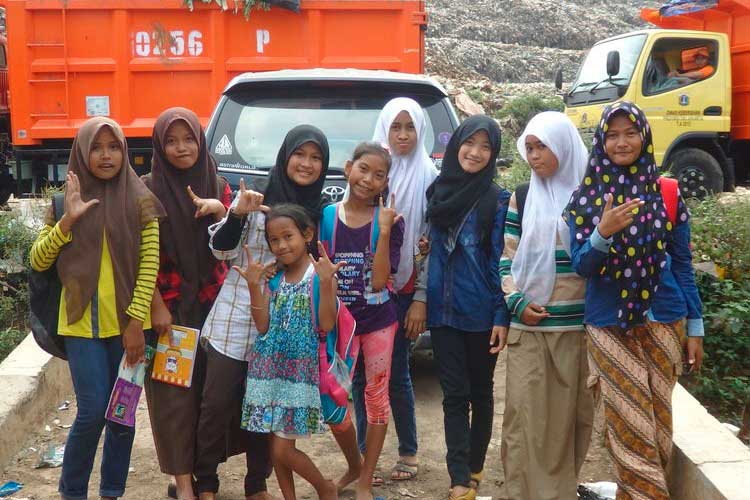 An artist from Brixton is raising funds to support a project helping families who live in South East Asia’s largest landfill site.

Lawrence Blackburn says the money will help the community of 3,000 families living in Bantar Gebang, a landfill near Jakarta, the capital of Indonesia, where, every day, 6,000 tonnes of rubbish is dumped.

The BGBJ project, which translates as “The Seeds of Bantar Gebang”, serves families who make about $2 a day by salvaging valuable materials. It is a community asset functioning as both a hostel and a hub, serving both visitors and the local community. 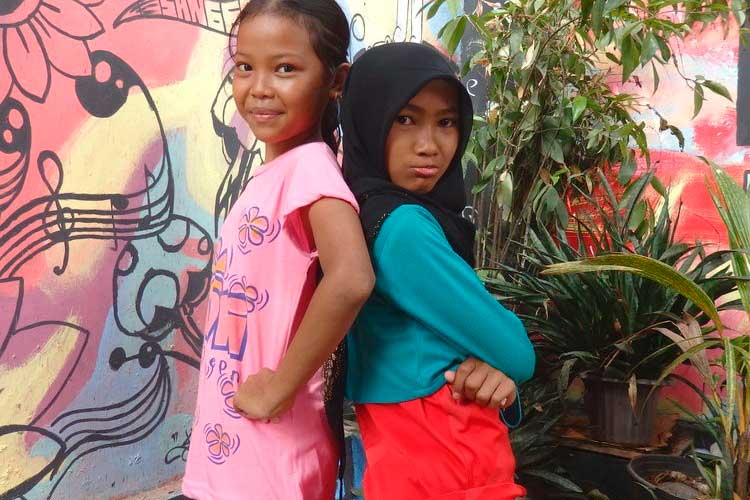 Housed in an old plastic storage facility, it provides education, in particular, to the children who live there.

Blackman, 36, hopes to use the money to help boost the community’s education and skills, particularly for children, with the goal of self-sustainability, as well as aiming to raise awareness in the UK. He will visit BGBJ for the second time in November.

“The experience of being there left a huge impression on me and I felt more people should be aware of it, and places like it,” Blackburn says. “The project I am aims to build on this experience, with cultural exchange as an essential part of the trip.”

“The money I have raised will go towards helping to build the community in BGBJ and running the project there. BGBJ is constantly developing its site to better the opportunities there: from basics, such as building safely, to installing internet and computer access, a powerful tool to enable and motivate particularly the young people there,” Blackburn told the Bugle.

“Being there myself, I will be engaging and recording the community and conditions, as well as running workshops and other activities both educational and creative.” 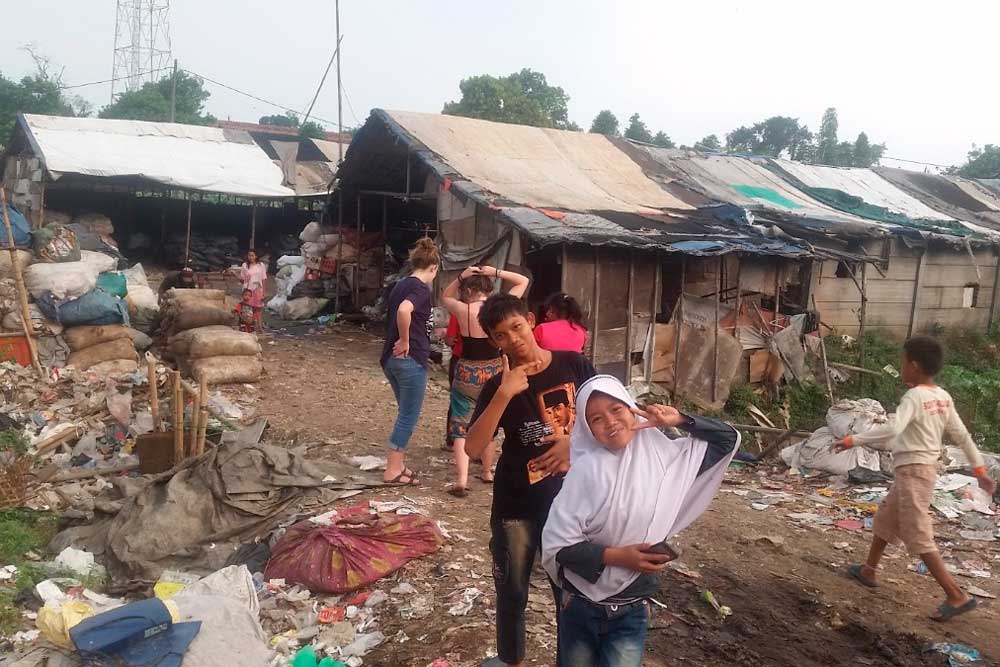 The centre already creates its own income by selling beauty products made on site and conducting tours, but there is still a long way to go before it is self-sufficient, Blackman says.

Community co-founder and leader Resa Boenard said: “When people come to BGBJ some of them will spread the word to other people after they visit, and it will bring more awareness to other people to know about us. I call it indirect help for BGBJ.

“BGBJ is so special because we are the only one hostel and hub in the world located right in the landfill. BGBJ respects diversity that’s why many people come to help and develop our hub,” Boenard says.

Blackman is an artist and practitioner who has lived and worked across the world. “As well as my ongoing creative practice, I have a focus on community work, aimed at cultural exchange and enablement,” he says.

He has lived in Japan and Korea, where he was an educator and artist and also involved with the community in Seoul, particularly as a supporter of the LGBT+ community and its ongoing human rights work, and in the creative arts. He was an organiser of Look But Don’t Touch, a national touring exhibition that visited four cities.

He has also taken part in community building projects in North Horr, Kenya and worked in the UK with young people from challenging environments.

He recently completed an MA at the University of Arts, London, and has been published and exhibited internationally.

The University of the Arts London has now pledged to support the BGBJ project, in the form of an Instagram takeover and then possible future projects such as talks, exhibitions or seminars, Blackman says.

Call for volunteers to bring the magic of reading to Brixton...