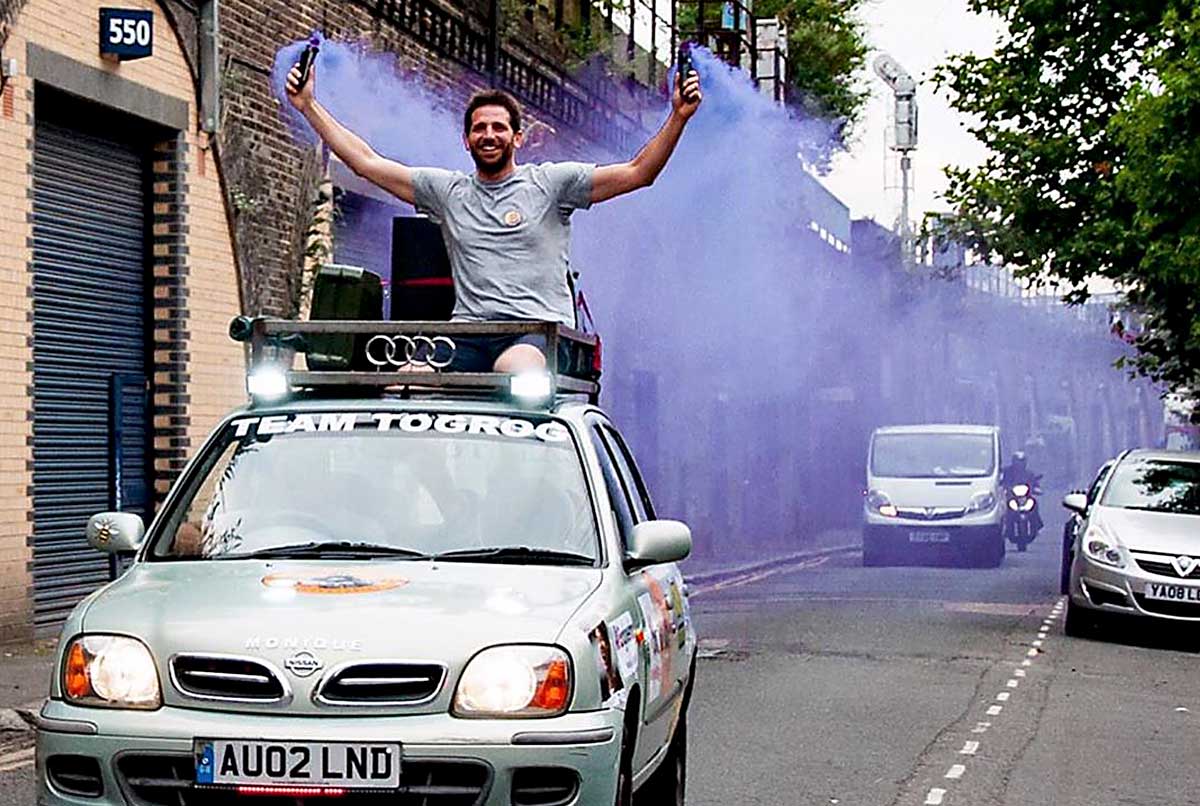 Sam Mellor and Tom Page, aka Team Togrog, set off to Prague from Brixton on 16 July in a Nissan Micra “write off” to take part in the Mongol car rally and fund raise for charities including Brixton Soup Kitchen. The rally starts officially in Prague on 22 July and ends in Ulan Ude in Russian Siberia.

Sam says: “There’s no set end date, the finish line is open from mid-August to mid-September but we’re aiming to be back in London in approximately seven weeks. “The only real rule is that you need to be in a car that’s one litre or less. Apart from that, it’s all up to you – there’s no set route.”

The rally’s official website says: “This is the greatest motoring adventure on the planet. This is 10,000 miles of chaos across mountain, deserts and steppe on roads ranging from bad to not-a-road in a tiny 1000cc.”

The pair plan to take a southern route through Turkey from Prague. “We’ll go across northern Turkey through Georgia and Azerbaijan, across the Caspian Sea ferry to Turkmenistan and then up the Pamir Highway (the old silk road that goes through Tajikstan, Kyrgyzstan and Kazakhstan) then into Mongolia and finally over the border into Russia.” 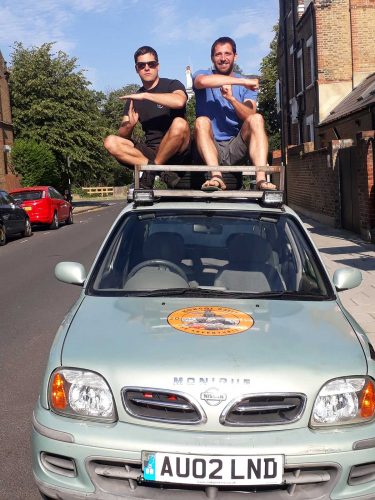 “Our team name is Team Togrog (it’s the Mongolian currency and we just liked the sound of it). Our car’s a Micra called Monique, she’s a lovely category C write off that Tom’s been nursing back to health for the last few months as he’s a mechanic.

“He’s done a few upgrades for her as well – she’s been raised and had a roof rack installed for the camping gear as that’s what we’ll be doing most the time, at least until the spiders, wolves or bears get us.”

The charities Team Togrog are fundraising for are Brixton Soup Kitchen, Cool Earth, which is partnered with the rally, and Tiny Toones, a Cambodian NGO where Sam spent six months volunteering that helps children living or working on the streets of the capital Phnom Penh back into education.

The dynamic duo are aiming to raise £2,500. You can show your support for the team and their chosen charities on their Gofundme page.

Brixton Soup Kitchen founder to share his experiences in a book