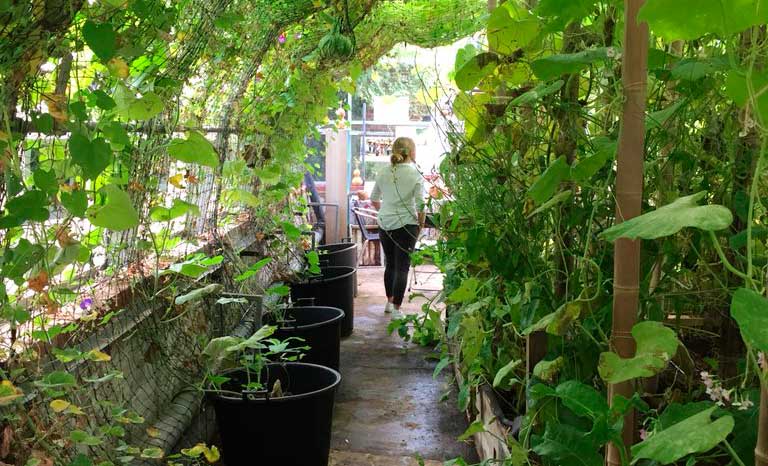 On Friday mornings in Brockwell Park Community Greenhouses, adults who live with poor mental health can take part in a group where they nurture a garden and themselves.

London Community Foundation funds these “Better Fridays” sessions. They start at 10.30am and finish with a home-grown meal around 1pm. Cat Stevens, a psychotherapist, and Cathy Graham, an education assistant, set up Better Fridays after feeling the therapeutic benefits of gardening.

Cathy says: “There have been times in our lives when we have felt a bit low but then just doing a bit of pottering around outside, doing the odd bit of weeding, picking a bit of salad and fruit (and then eating it) made both of us feel so much better.”

Lily is in her 40s and lives in South London and struggles with mental health difficulties including depression and post-traumatic stress disorder.

“When you have depression you fall out of the world and out of your own life,” she says. “so having the opportunity to connect with others in a safe space has been really helpful.”

The peaceful garden has two greenhouses, a pond, an orchard, herb gardens and a wildflower meadow. Many people suffering from poor mental health know that leaving the house can be a struggle but the sessions are not overly structured and are non-compulsory.

People who take part are either experiencing or are carers for people with poor mental health. “Although the topic of mental health is not explicitly talked about, everyone knows why they are there and you feel a sense of community and camaraderie,” says Lily.

At the end of the sessions the gardeners sit together to eat the produce. They cook with their home-grown tomatoes, potatoes, salad, courgettes and raspberries, and have even tried a rhubarb curry.

“Being in that garden and forgetting about worries, smelling the soil, is such a rare thing in the city,” says Lily.

The current Better Fridays sessions will end in late October and the founders are seeking funding to be able to re-start in March 2019.

During this break, Better Fridays participants will be welcome to join in with all other activities at Brockwell Park Community Gardens. On Thursdays, Fridays, Saturdays and Sundays from 10am to 5pm there is, of course, gardening but also cooking, music, drawing and general socialising. 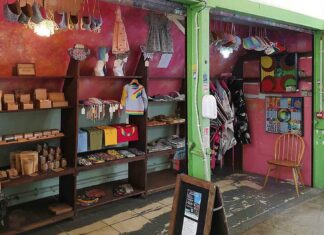 Brixton street to host stories of 2020

Are you OK? Brixton charity wants to know