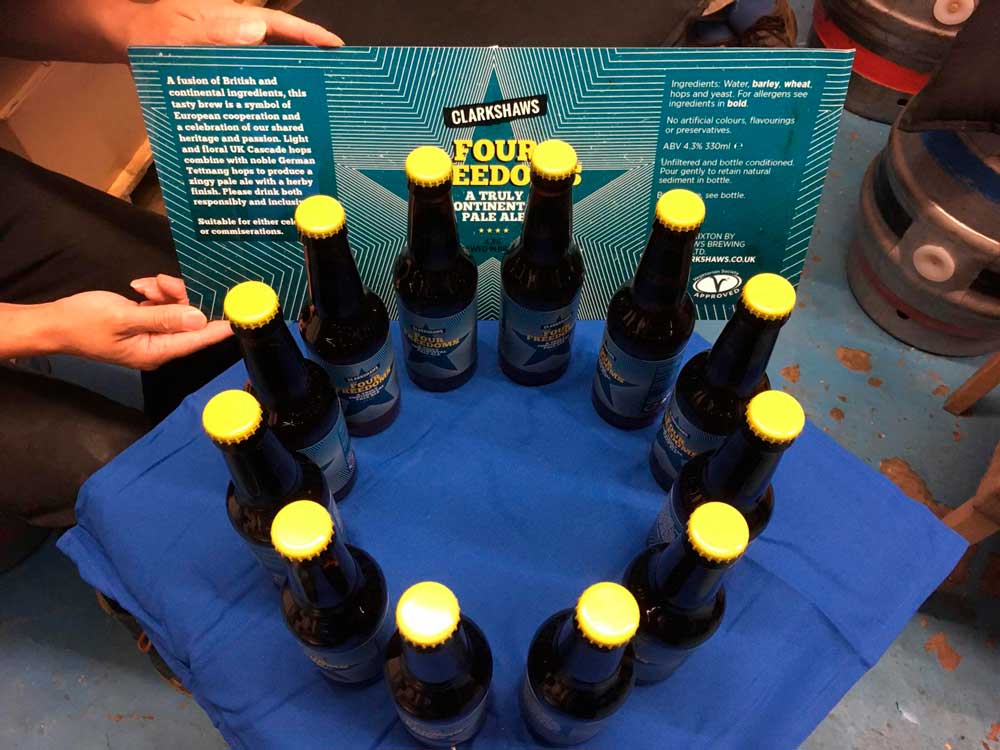 A group of passionate pro-Europeans has turned to Brixton’s Clarkshaws Brewery to create a beer that celebrates the principles of the European Single Market: the four freedoms of movement of goods, capital, services, and labour.

Four Freedoms, they say, is a delicious, light and fresh pale ale, British and German hop blend. South Londoners who met during the referendum campaign formed two groups, Lambeth for Europe and Wandsworth & Merton European Movement. They decided to create something reflecting the values of some of London’s most pro-Remain boroughs.

They realised they all really liked beer. “We wanted a beer that didn’t just have a cute name, but also represented the values of unity that we are in danger of losing,” they say.

Four Freedoms Pale Ale will launch on 19 October – the eve of the next People’s Vote march – at Whirled Cinema in Loughborough Junction near Clarkshaws. Music will come from Larry Love of Brixton legends Alabama 3.

Ben Austin, one of the founders of Four Freedoms said: “After the fractious referendum campaign, I really felt we needed to do something positive that could cheer us all up and so we thought what better way to do this than making a beer with some close friends? We’re really pleased with the finished product and looking forward to sharing our delicious brew with fellow pro-Europeans”.

‘There are places in Brixton from back in the day that...