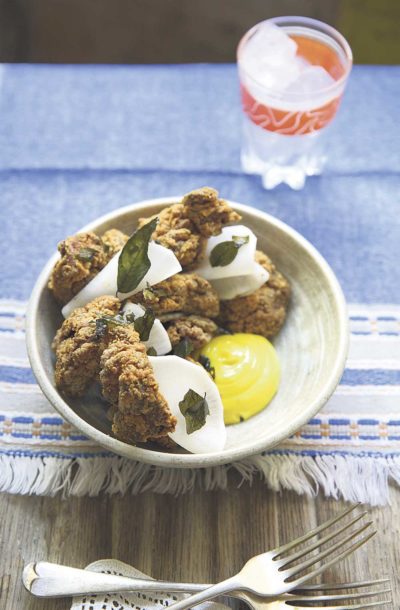 Nick Buglione gets a little gushy at Kricket Brixton

Floor to ceiling front windows look out onto the joys of Atlantic Road in all its fishmongery, greengrocery, hustling, bustling glory. The new embedded in the old. Very Brixton. 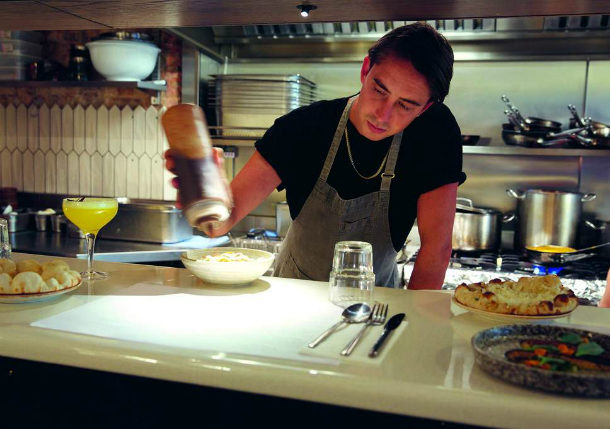 Post super-soft, soft openings and a book launch of chef Will Bowlby’s cookbook, Kricket is busy (they take bookings). Unsurprisingly – unless you have been holed up in solitary confinement you cannot have missed the evangelical plaudits Kricket first time round generated. Think Roux JNR, a certain Mr Koffman and almost everyone else. Will Bowlby and Rik Campbell are back and “all grows up”.

Turn right for the restaurant, through the cocktail bar with its loungy banquettes and bespoke Indian bar snackery including their “classic” samphire pakoras or bhel puri, to the main culinary action.

They are definitely being more experimental here than in Soho – apparently Brixton can take it – and tonight’s menu has some Kricket “classics” plus intriguing new creations. Pig head vindaloo or langoustine meen moilee anyone? 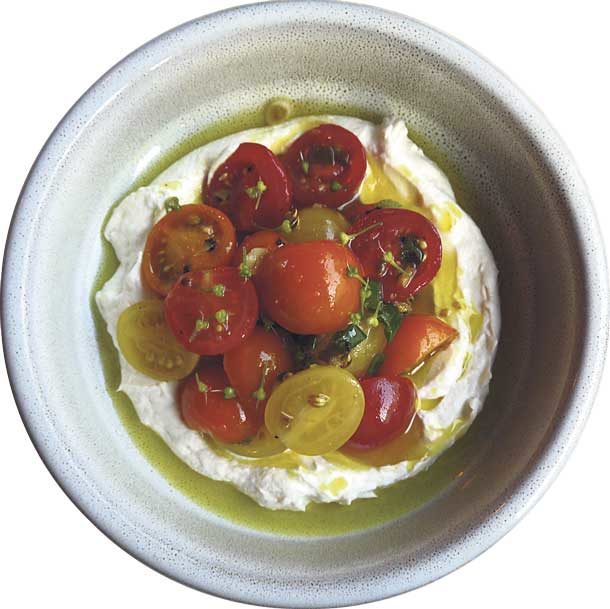 My occasionally mentioned old friend and long adopted Franco-Brixtonian Connie (forcibly extracted from a hectic world of GCSEs) came with for a long awaited catch-up (tempted mostly I suspect by the suggested place of dining). So it’s small plates time, after one of their “takes” on classic cocktails, in my case Lucky Neem, spiced gin, curry leaf, cucumber and lime. Very decent house white and red by the glass accompanied us for the rest of our evening.

Possibly due to post-GCSEs stress disorder, Connie has been dabbling with “vegetarian”, but it’s a free country and Kricket serves many masters.

Smoked eel, beetroot kichadi, mustard oil & pickled onion takes one of my favourite things to a new place along with uber-seasonal asparagus with king oyster mushroom, fresh peas and malai sauce. Simply presented, precisely rendered, there is a lot of complexity going on “under the bonnet” to create such simplicities. 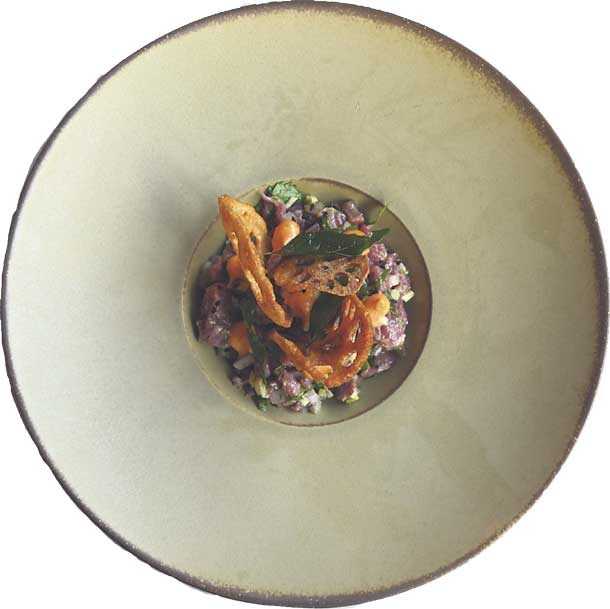 Utterly redeemed and then some by my two favourites. I am a huge tartare fan, so pretty much revelled in the ostensibly simple raw bavette, green mango, red onion, curry leaf and lotus root (with nice crispy latticed crackers) while, of course, we had the pig head vindaloo. Presumably slow cooked for an eternity, relatively lightly heated and, cliché alert … melt in the mouth. A langoustine meen moilee, samphire thoran and peanuts came as a solo shellfish that may or may not be here next time. It would be nice to have two but, hey, langoustine isn’t cheap. Á la Jay Rayner, to not suck the head out would be criminal.

I am in the process of entirely removing myself from “social” (cyberspace is presumably in mourning) but for you Instagrammers, it all looks pretty as a picture.

In case you hadn’t noticed, I am not really a “proper” professional restaurant reviewer, more your enthusiastic amateur. But a long time ago someone sage told me: “Never gush, only mention the service if it’s bad and never talk about the toilets”.

Well, tonight the service was excellent (and it’s surprising how often that can be arrogantly neglected), the dishes meander between very good, excellent and outstanding (without breaking the bank, BTW) and I didn’t go to the loo. See what I did there?