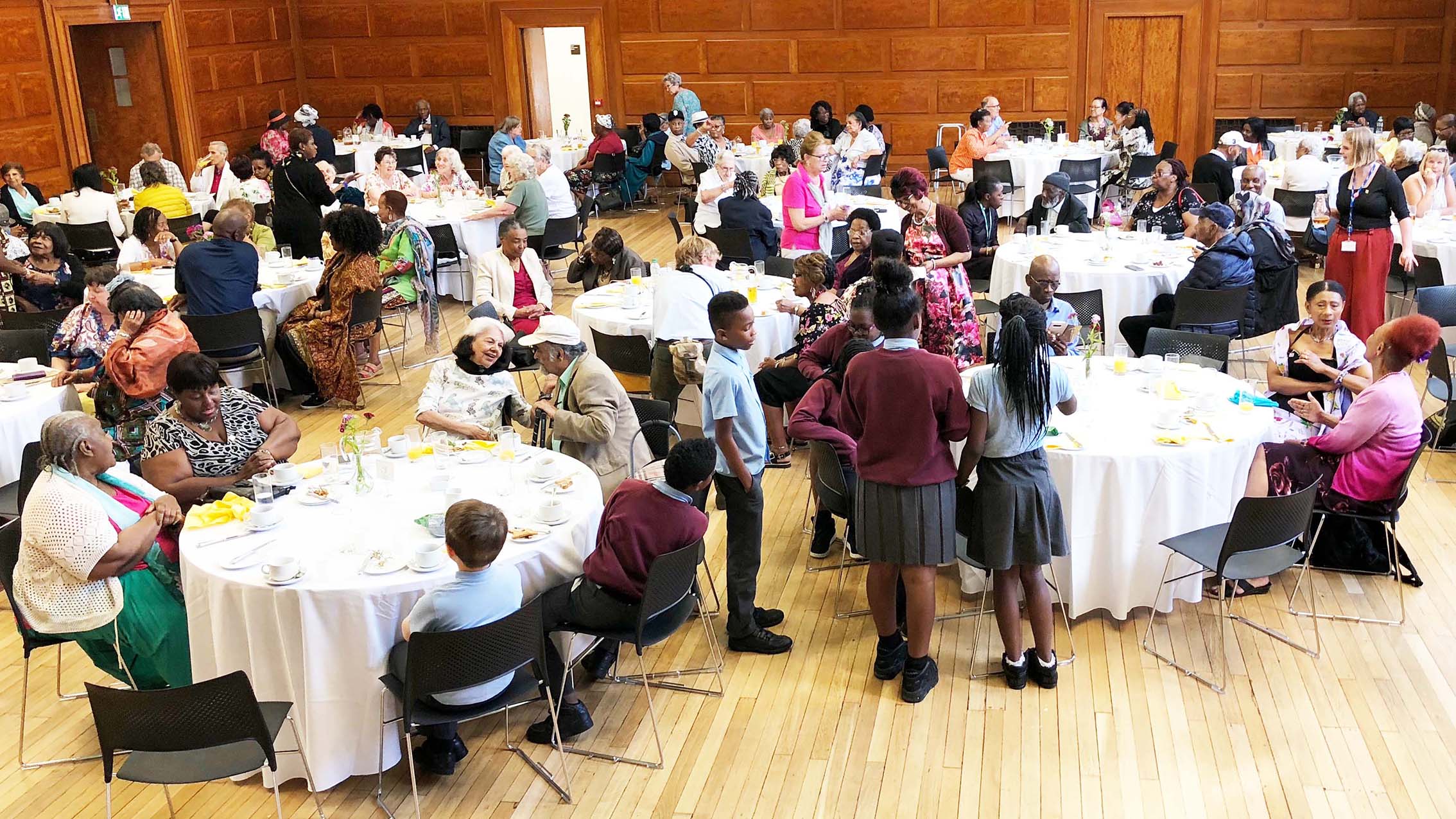 Lambeth Council gave thanks to its Windrush generation with a celebratory afternoon tea party today Friday 22 June at the Town Hall Assembly Rooms with news crews from Al Jazeera and BBC London covering the event.

In a sunlit room full of conversation and laughter the large gathering were told in person by Lord Bourne, Parliamentary Under Secretary of State for Communities, the news announced in May that in future Windrush Day was to be an official date on the national calendar and, he added emphatically, ‘there is money behind it – which is important’. A committee would be set up and chaired by Liberal Democrat peer and patron of the Windrush Foundation, Floella Benjamin. 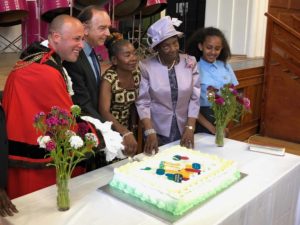 The task of cutting the ceremonial cake provided by Healthy Eaters fell to senior Windrush citizen Eileen O. Walkin, aided by Lord Bourne (‘call me Nick’). Helen Hayes MP for Dulwich and West Norwood had hurried back from the Windrush Thanksgiving service at Westminster Abbey to speak to the audience and declare that, on equality, ‘more needs to be done’ . Councillor Sonia Winnifred wrapped things up before announcing young vocalist Almaz, who delivered haunting renditions of ‘Many Rivers To Cross’, ‘Our Day Will Come’ and Bob Marley’s ‘Redemption Song’. The steel band of the Archbishop Sumner Church of England Primary School ended the entertainment on an upbeat note. A seemingly unlimited supply of second and third helpings of cake continued to flow from the busy kitchen on giant platters which were returned empty. 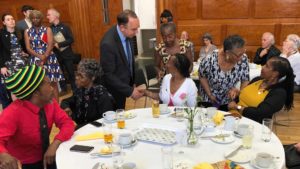 On departure each guest received a Windrush Day goody bag. Inside was the popular photo book ‘Great Brixton’, a Windrush 70 Souvenir edition of The Voice, and a special Windrush 70th Anniversary magazine published by Sugar Media containing an interview with Theresa May, and contributions from Diane Abbott, Jeremy Corbyn, Vince Cable, Lord Herman Ouseley and Bishop Dr Joe Aldred. Plus the June -August 2018 programme of events at the Black Cultural Archives. All in a very handy bright yellow calico carry bag. 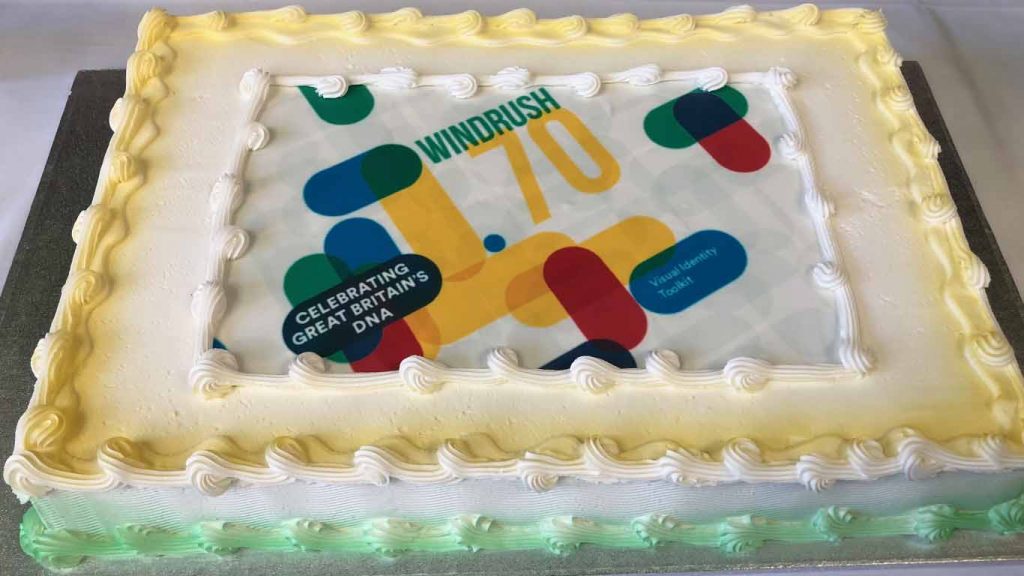