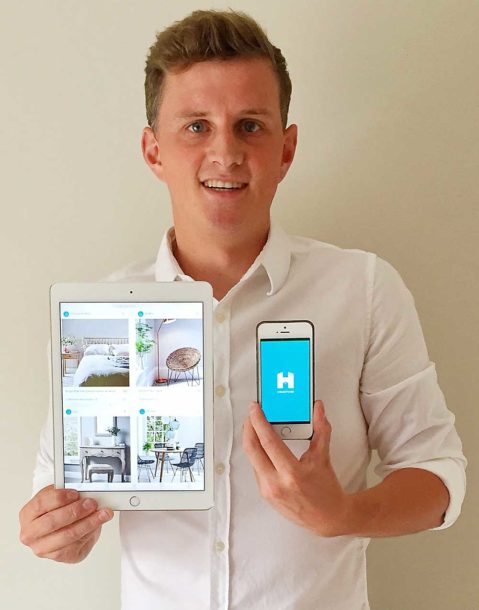 Brixton entrepreneur Nick Morris, bored by browsing beautiful interiors on Pinterest with no way to locate for himself the items used, has launched an app that helps renovators to make their home improvement dreams a reality.

His app, Housetagz, now has over 65 affiliates, including John Lewis, Marks & Spencer and The White Company, and has been downloaded more than 5,000 times.

The app allows users to upload photos of their renovations and tag their updated homewares. Other users can then purchase the tagged products by clicking through to the websites.

Nick says: “I had a moment of panic after developing the app that no-one would be interested, but I shouldn’t have doubted.

“Several major chains came on board and the only store that did not has since gone into receivership.

“Affiliates pay a fee when an item reaches 100 clicks, or between 6 and 10% of the sale price if it leads to a click-through purchase.

“In future I want users to generate commissions from clicks or sales of their own ­product tags.”

A former electrician, Nick is no stranger to entrepreneurism. As an apprentice he came up with the idea for gloves with removable fingertips after he constantly dropped and misplaced screws.

Seven years on, Easy Off Gloves has a range of over 17 gloves and is generating a turnover of £150,000. As part of his Housetagz promotion drive, Nick entered the app in VOOM 2018 pitch competition. He was not successful this time. More information here: https://housetagz.com