A year ago we wrote about Brixton’s “criminal air” as Brixton Road exceeded its 2017 pollution limit in the first 5 days of the year. Soon after Transport for London (TFL) said Lambeth was the second worst borough in London for air pollution. This year, despite favourable weather and a new “low emission bus corridor” between Brixton and Streatham, Brixton Road was over the limit but the end of January.

I met Jennifer Brathwaite, the council’s cabinet member for housing & environment, whose brief includes traffic, cycling and air pollution, to discuss the many environmental issues facing Brixton and the wider borough.

First up, the borough-wide 20mph limit. The objectives were to “make the roads safer and more attractive to use”. Brathwaite says the project has been a success. It’s hard to reconcile this with the council’s surveys showing a third of roads with an increase in speed or no change and an average fall of just 1mph.

Tackling rat running through back streets seems key to making streets more comfortable for walking and cycling. But since widespread and vocal opposition to experimental restrictions around Loughborough Junction, the council has been very reluctant to restrict any streets to through traffic. Brathwaite says that safer roads require both boldness and compromise and that the council is implementing schemes that limit speeds on roads so that they are cycling friendly and encourage active travel.”

To a suggestion that Lambeth could learn from Hackney – that has managed to filter rat running from many of its back roads – she says “It’s a different borough with different people and different issues – you can’t compare a road in Hackney to a road in Lambeth.”

With responsibilities that include “making Lambeth the most cycling friendly borough in London” Brathwaite was keen to highlight the council’s training programmes and record on cycle parking as well as the forthcoming “Quietways”.

But former TFL Cycling Czar Andrew Gilligan recently said that most of the meaningful improvements associated with these have been dropped, “things like the segregated lane on South Lambeth Road…and filtering in Lambeth”.
Brathwaite says it was always going to be difficult “because cyclists wanted a more dramatic scheme and residents were resistant” – more compromise than boldness there apparently.
Gilligan said: “We could only do as much as the councilors in Lambeth…were willing to let us do. That turned out to be almost nothing.”

Brathwaite is reluctant to agree that the success or otherwise of quietways should be judged by home many people use them, saying that they “will be a success because it’s safer for cyclists, it’s not the numbers necessarily”.  How does that sit with the Lambeth cycling strategy target of 20% of trips by bike by 2020?

There have been successes – bringing Santander hire bikes to Brixton is a major coup given how many times TFL had said it would not happen. The one-off £700k cost that Lambeth is contributing seems cheap. Brathwaite says the council is “working towards” a scheme to trial “dockless” hire bikes in the south of the borough.

The successful lobbying of the Mayor to make the A23, which includes Brixton Road, a low emission bus corridor is good news, taking the dirtiest diesel buses off many routes through Brixton. But the council’s own actions from Air Quality plan still seem to focus largely on awareness raising and behavioral change.

“I don’t want to give the impression that Lambeth is on the back foot, especially when it comes to air pollution.” says Brathwaite “We’re a very successful borough, we take it very seriously.” but she can only offer as an examplethe council’s  “innovative”  week of clean air awareness raising rather than a single day.

Pushed on what Lambeth is doing to tackle the school run – boroughs including Hackney and Croydon have closed roads around schools to discourage parents from driving their kids to school – they say that they closed roads around 2 schools as part of car-free days.

The council is now “looking to consider” whether could close certain roads around certain schools at set times. She would not be pinned down on which schools or when this might happen.

The Lambeth “Air Quality Action Plan” (AQAP) says that the major threat to clean air comes from traffic emissions and that top priority is to continue to encourage a shift to more sustainable transport.

Nobody seems to have told car club ZipCar, which the council is promoting. Their website suggests that Lambeth “is always worth a drive around…whether getting groceries or soaking up culture, cheap car sharing is the best way to do it”.

Despite talk of being bold, innovative and making difficult decisions the lack of solid action – either to make cycling and walking easier or driving more difficult – offers little hope that Lambeth streets will be less polluted and less hostile to pedestrians and cyclists any time soon. 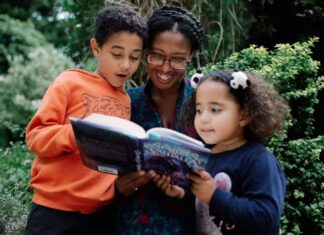 Brixton’s Round Table Books is hosting award-winning author Jasmine Richards in an event talking about her new novel The Unmorrow Curse. As well as being...