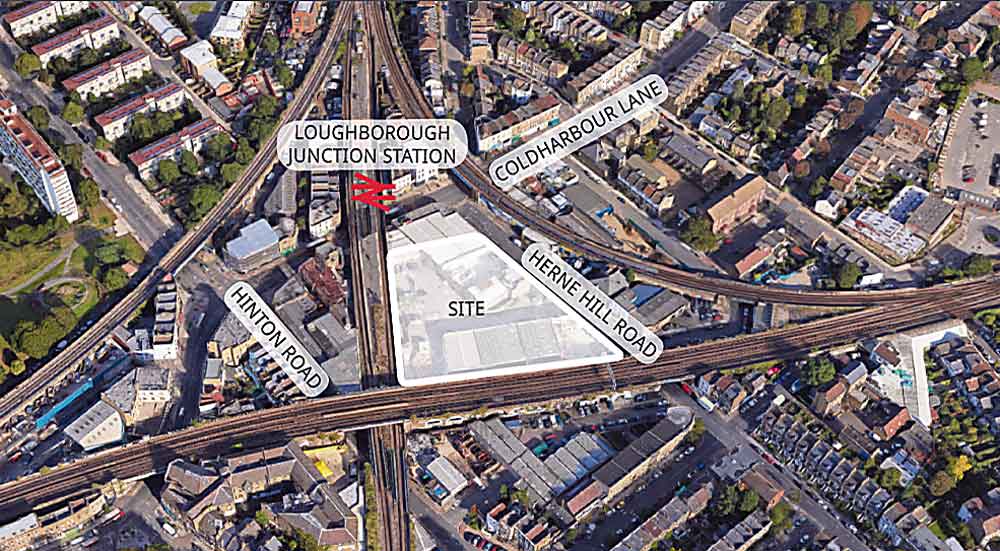 Revised plans for the re-development of the Higgs Industrial estate site the other side of Coldharbour Lane from Loughborough Junction station will go on show for local people and businesses at the start of March.

They include about 130 homes and commercial space in a mixed development.

According to the Peabody housing association, the plans will also include improvements to the public realm with open access to railway arches and a courtyard for residents.

Peabody is the result of a 2017 merger between an earlier version of Peabody and Family Mosaic, which submitted proposals for the site in 2014.

Lambeth council refused planning permission for this scheme, which would have had 152 homes in four new buildings of between six and 10 storeys high.

The new scheme has fewer homes and buildings would range in height from five to eight storeys.

It also has more than 3,500 square metres of office and light industrial units.

If the plan goes ahead, it would involve the demolition of two large buildings. Most of the work would be done by large excavators.

Peabody is one of the oldest and largest housing associations in London. After the merger with Family Mosaic in July 2017, the Peabody Group owns and manages more than 55,000 homes in London and the South East that house more than 111,000 people. 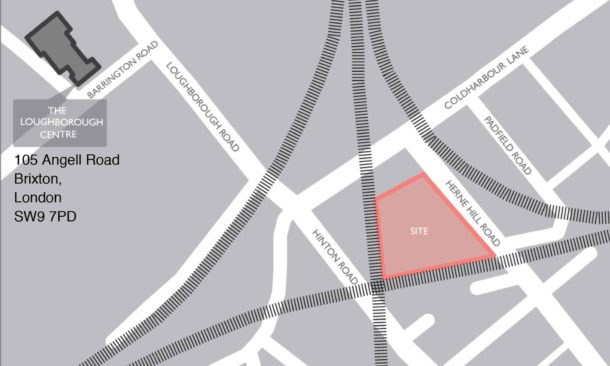 The exhibition will be at the Loughborough Centre, 105 Angell Road SW9 7PD, on