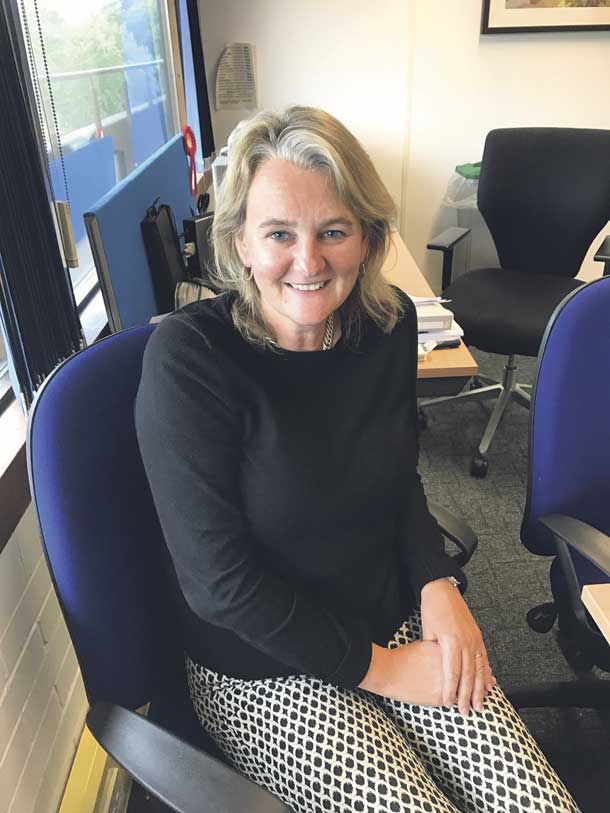 Future Lambeth is an ambitious five-year plan for the borough. Bugle editor Linda Quinn asked council leader Lib Peck how she plans to square budget cuts with the ambition of building strong communities and reducing inequality “When we were elected in 2014, we were elected on ambition and fairness and these are the two guiding principles of the administration,” says Lib Peck.

These two principles, she says, are at the heart of the Future Lambeth: Our Borough plan. It sets out the council’s vision for the next five years and identifies three priorities: inclusive growth; reducing inequality; and strong and sustainable neighbourhoods.

“It’s a fascinating borough. I love its diversity, but we have to recognise that, at one level, some very rich people sit alongside some very poor people – there’s a huge diversity.” Peck says the council will use proceeds from regeneration to tackle inequality which is, in some ways, its most difficult problem.

A Lambeth Equality Commission is being set up to examine the problem. Its remit will include education, employment, leadership and participation, and justice.

“We are trying to put the plan into practice at a time local government finances are being devastated Our priorities are about getting money into the borough but making sure we are very focused as a borough.”

Huge cuts in government payments and a resulting reduction in staffing of about half by 2020 mean the council will need to work with all stakeholders in the community to use the combined assets in the borough, she says.

But not everyone recognises Lambeth’s claim to be a cooperative, consultative council. Cressingham Gardens tenants and the owners of Club 414, to name but two of the many critics featured recently in the Bugle, have won high court judgements against the council on development related issues. Library campaigners simply do not believe the pledge to keep all libraries open.

“Our intention,” says Peck, “is very much to work with people to enable communities to participate and help shape our decision making. We launched the cooperative council to try and do just that.

“Although the practice is usually a lot harder and we have to be realistic about that.

“For me one of the regrets over the last year would be our communications around libraries. What we were trying to do with libraries was completely lost. What you had instead was a situation where people think we are closing libraries. Lambeth is blessed with 10 libraries all of which we have said we are keeping open in the long term.”

The focus on inward investment to replace funding cuts is understandable, but does the council recognise that some communities and local businesses fear they will be ignored?

“Absolutely. I do recognise that fear. Change is hard for people to deal with. Lambeth is incredibly dynamic with people moving in and out all the time.”

So is the council cavalier in its approach to planning and regulation?

“Absolutely not. Our values mean listening to the people who live and work here. We want to do that. And you can see how we exercised that in Brixton.” Examples she gives are Pop Brixton where the council ensured over 75% of tenants are local businesses; opening up access to the community in the redeveloped town hall; support with improvements to Windrush Square; and gifting a building to the Black Cultural Archives.

“Change is going to happen. We want to make sure, where we can, that we inject the values we think are important to communities in Lambeth and Brixton.”

But she points out that there are limits to the council’s powers in licensing and planning.

Responding to whether the council could have done more for the Network Rail Arches traders, she says: “We as a council have tried to use the powers we have to influence Network Rail to have better conversations with their tenants and to make sure that there were alternative premises for them during renovation; and that they are offering them a fair deal. Ultimately we aren’t the landlord and can only use our power to try and influence.”

She acknowledges that feelings were running high at the recent planning meeting where the Arches were discussed, but condemns the behaviour of a minority that resulted in the police being called. But she wants to keep meetings open. “Our approach is to be as open and transparent as possible.”

“I’m very proud that over last year we have seen greatest rise in start-up business compared to the rest of London,” Peck says. “The work of the council has helped to sustain more of those businesses than ever before.”

She notes that Lambeth is the borough with the biggest number of business improvement districts and thinks Brixton BID has established itself as a positive force in the community.

Peck is also proud of the borough’s commitment to refugees. “Fairness drives us as Labour politicians. When you see pictures of refugees you can’t help but be moved. We are proud to be one of the boroughs leading the response to refugees. We are working alongside Lambeth Citizens to make sure we are able to rehouse refugees. We are a very welcoming open borough. That’s what people like about Lambeth. People enjoy the different experiences and diversity.”

She admits that “It’s fair to say that Labour Party politics isn’t in the best state at the moment. I hope having had the leadership election the party can pull together and looks at who the real people are we should be challenging – and that is the government.”

When the subject turns to the London mayor Sadiq Khan, she’s much more optimistic about what the council can achieve in partnership.

“In his first 100 days, Sadiq has proved to be a fantastic mayor. One of his issues is air quality. I know that he is an asthma sufferer and has prioritised air quality as a campaign issue.”

Lambeth is to become the second Low Emission Zone in London, which means new, cleaner buses on Brixton Road. Emissions from older buses are one of the biggest contributors to air pollution.

The council is also keen to promote cycling. “We have the highest number of cycling storage provision. I know this sound geeky, but lack of storage is the major barrier to cycling.”

Asked how the council would enforce the “Twenty’s Plenty” speed limit, Peck says the council is looking at speed guns and letting communities use them. “But it’s cultural as much as anything else. It’s nudge behaviour. It’s the sensible thing to be doing it and has the knock-on effect of less fatal accidents and improvements for pedestrians.”

We end on a positive note. Lib Peck is pleased with the results of the annual survey of residents. “Despite the incredibly challenging circumstances we find ourselves in, we had the best results. Seven out of 10 residents say they are satisfied with the way the borough is run. That’s the right direction and very positive.”

“I love my job. I love leading Lambeth. It’s a fascinating, exciting, vibrant challenging borough. It gives me more grey hairs than I’d like, but more pleasure than I can imagine.”