The Carnegie library building in Herne Hill was partially re-opened this afternoon (15 February) as work to excavate its basement continued.

Protesters from the Defend the Ten campaign rallied outside, where they spoke to BBC TV’s local London news, and later inspected the ground-floor main hall that opened today.

The council says that it will be open 40 hours a week with a self-service machine that will allow users to borrow, renew and return items, and pay for loan or overdue charges.

Lambeth libraries staff, the council said, will be present for at least two hours a day and “customer care” staff will be present during all library opening hours “to ensure the safety of users and provide assistance”.

The Defend the Ten library campaign said that the “customer care staff” from GLL – the council’s leisure supplier that will run a gym in the basement – will replace professional librarians.

It said the council had given millions to GLL, tens of thousands to a trust that is expected to take over the building and spent thousands on security. “This simply dwarfs the cost of retaining or even restoring a full library service in that building,” it said.

Defend the Ten said other Lambeth libraries – the Minet near Myatt’s Fields, Waterloo and West Norwood – would also have reduced services and that Durning library in Kennington and Tate South Lambeth library faced possible closure as they had only temporary funding.

It accused the council of “diverting money” that could have been used to restore the library to “the councillors’ friends”, the Carnegie Community Trust (CCT).

CCT won a contest with another group – that was backed by Defend the Ten – to take over some of the assets of the building. It is continuing negotiations with the council, despite the resignation of two key trust members over the council’s intransigence in the negotiations.

“In a rush to get their fake library in place before the local elections, Lambeth council are opening the building while major building works continue and there are huge issues with health and safety. It’s a really expensive dogs’s dinner and offers no future for the library,” said Defend the Ten. 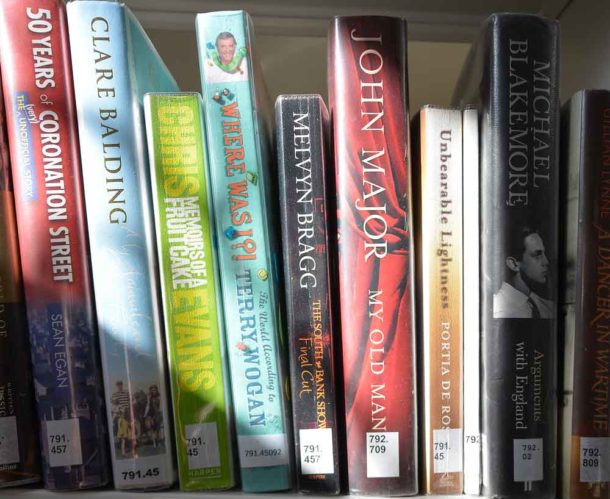 Members of the library staff union at the re-opening expressed concern about fire escapes, while campaigners complained that they were unable to see what has happened to the building’s garden – which they fear has been wrecked.

CCT has said that it is “working closely” with the council and was pleased that the council was “at last able to reopen a library at Carnegie”.

The trust said it was “engaged with the council about the final details” of the fit-out of the ground floor.

“We are planning initial activity as a community hub to commence as soon as possible and before the final building and basement fit-out work is complete,” it said.

It has made its business plan available online and urged anyone would like to help with “this exciting and challenging project – either now in planning and set up, or in the future” to contact getinvolved@carnegiehernehill.org.uk.

Cllr Sonia Winifred, Lambeth council’s cabinet member for equalities and culture, said she was delighted that Carnegie had finally reopened and that the people of Herne Hill had their library back.

“It has taken longer than we expected,” she said, “but we are now getting to the end of that process and I’m excited to get back into the building and see people of all ages and all backgrounds reading, learning and enjoying this wonderful cultural space.

“The short-term pain of having the building closed and extended will ensure that it is sustainable long into the future.

“Local authority budgets are under severe pressure from government cuts and hundreds of libraries up and down the country have sadly closed for good.

“In Lambeth however, we have worked hard to find solutions that means all ten of our libraries are remaining open, serving their local communities and providing a great service to our residents.”

Winifred said the rest of the Carnegie building would open in phases, with a community hub in place when refurbishment of the ground floor was complete and the asset transfer of the building agreed with CCT.

She said that the plans put forward by CCT include a café, an enterprise centre, space for meetings and community events, space for hire and restoration of the garden for use by residents and the community.

The basement gym is due to open in “late summer” this year.

Winifred said the changes were designed to “deliver more for local residents, increase potential for grant funding and save the council money”. 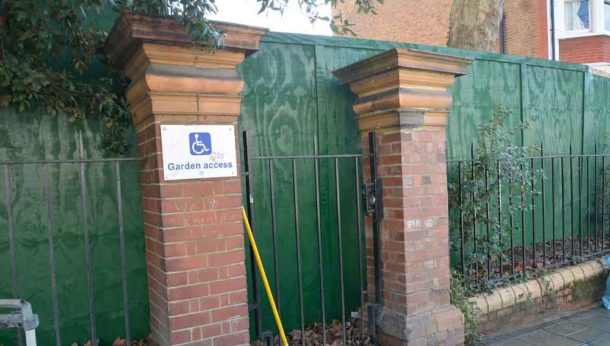 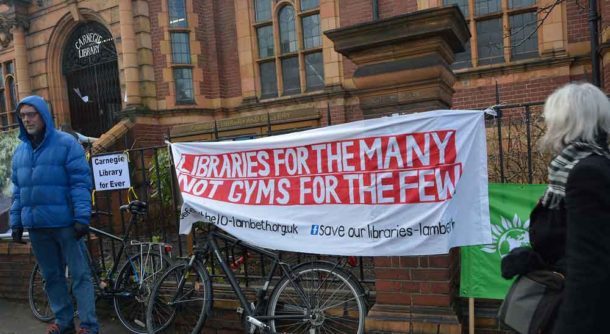