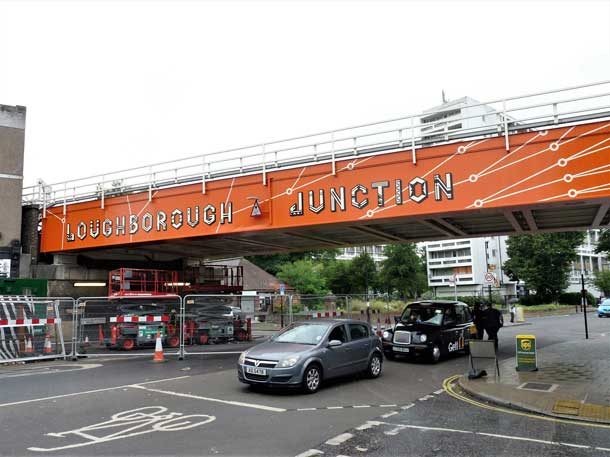 Halfway between Brixton and Camberwell, Loughborough Junction has always had a bit of an identity problem.  When noticed by the national press it is usually for the wrong reasons.  An ambitious project drawing on the talents of local artists aims to change that, writes Stephen Blanchard.

The Seven Bridges Project is an ambitious scheme to use Loughborough Junction’s Victorian railway infrastructure as a basis for artworks which would bring in “colour, light and ideas”.

As Walter G Reed, project-coordinator and one of the contributors, says. “Stand in the middle of Loughborough Junction and you’ll see six railway bridges. They define the area and give it its character.” 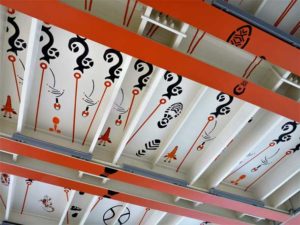 Along with other artists Walter has nurtured the Seven Bridges Project.  The seventh bridge was the smaller Cambria Road bridge, used as a pilot. “It took us four years,” Walter says, “but we transformed a damp, miserable bridge into something people would go out of their way to walk under.” The subject was the Pre-Cambrian Explosion, an event 500 million years ago when life expanded from single-celled animals into a variety of forms.  Thirty-two artists took part, adding images of ancient life.

Lambeth council contacted the project when refurbishment work on the Loughborough Road bridge was about to begin. “This time we decided to go with Africa,” Walter says. “The idea of human evolution out of Africa connected with the theme of the Cambria Road bridge. Then we came across mitochondrial DNA, the idea that everyone alive can be traced through the mother’s line to a single female ancestor in Africa—Mitochondrial Eve.”

This gave the bridge its title—Mama Africa.  Walk underneath and you see mysterious shapes connected by lines and curves.  Are they animals, humans, abstract symbols? “They’ll mean different things to different people,” Walter explains. “Ten artists were involved, from many different backgrounds, and we tried to use as wide a collection of ideas as possible.”  The aim was to produce clear and vivid forms with a feel of the indigenous art of Africa.  By night, ultraviolet lights give the colours an extra intensity. “LOUGHBOROUGH JUNCTION” is blazoned on the front of the bridge in big eye-catching letters. 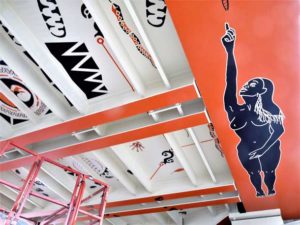 The artwork on the bridge is now mostly complete. Work on the walls and surroundings is still to begin.  What are Seven Bridges plans for the future? “We’d like each of the bridges to represent a continent.” Walter says. “The railways spread from Britain across the globe and we can use that to draw back ideas from the rest of the world to reflect the multicultural nature of the area.”

Did he enjoy working on the bridge? “It gave me a sore neck but collaborating with so many different artists generated many new ideas and took the work in unexpected directions.”

Public reaction has been mostly enthusiastic with a few questions about the cost. Walter emphasises that funding came from Transport for London (TfL) and not the Council Tax.

Take Two: Up the Junction @ Whirled Arts and Bollywood Punch...