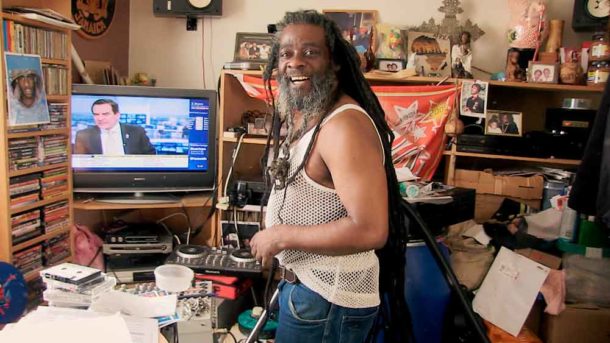 Blacker Dread, whose music store where Market Row meets Coldharbour Lane was an essential part of an earlier Brixton, is the subject of a 90-minute documentary by the award-winning filmmaker Molly Dineen.

He also featured, 40 years ago, in Dineen’s first film.

Blacker Dread, born in Jamaica, is a reggae producer, businessman, one of the founders of Brixton Splash, and at the centre of the local community.

Being Blacker is Dineen’s first documentary for ten years and started when Blacker – who she first met when he featured in a film she made as a student – asked her to film his beloved mother’s funeral.

What she has produced, the film’s distributors say, is a portrait – in equal measures uplifting, funny, exasperating and tragic – of the challenges, conflicts and quirks of being Black in Britain today.

Blacker’s extraordinary life has seen him experience three generations of educational inequality, racism, cultural isolation, lack of employment opportunities, crime and violence – but also an extraordinary sense of togetherness and community spirit, and a musical culture that has done so much to shape today’s UK music scene.

Over three years, the film follows Blacker and his family and friends through his jailing for money laundering, his daughter’s wedding, his youngest son’s education in Jamaica, and the spectre of violence and criminality cast over his life by another son’s murder a decade earlier.

Molly Dineen is today renowned as one of the country’s finest factual film makers, but she was a student when she shot Sound Business in 1981, a film that took her into the world of British sound systems, where she first met a young Blacker Dread. 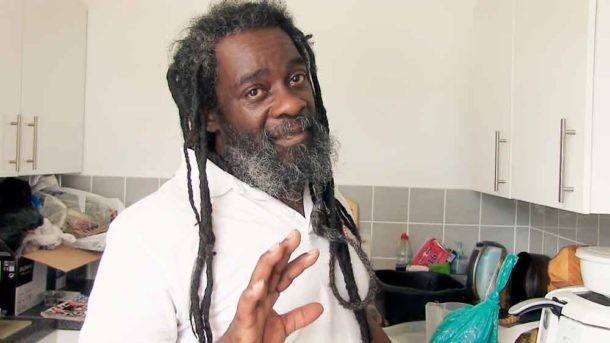 Dineen’s new film is shot in the first-person style that she developed through films like Home from the Hill about retired colonial British Lieutenant-Colonel Hilary Hook; BAFTA-winner The Ark, about London Zoo; profiles of Tony Blair and Spice Girl Geri Halliwell; and The Lie of the Land – also a BAFTA winner – about British rural life on the eve of the fox hunting ban.

She says: “When I reconnected with Blacker I stepped into another world. He’s a wonderful character who has lived the most incredible life and Being Blacker looks at the social and cultural issues which have forged his path.

“Blacker Dread as seen in this film could only exist in this extraordinary world where family and music are at the forefront, but racism and violence are also everyday occurrences.

“And if you think any of these are things of the past in London then Being Blacker will prove eye-opening to say the very least.”

The RTO film distributed by Dartmouth Films is due to be broadcast by BBC2 on Monday 12 March at 9pm.

It is also due to be shown in venues around London, including Brixton and the British Film Institute on Southbank.

Volunteer at the Brixton Splash