Brixton was yesterday (11 February) the setting for the premiere of a unique new film, an education drama that explains how a criminal trial works.

It has been produced by Lawyers in the Soup Kitchen (LISK) – the free legal advice service operating from the Brixton Soup Kitchen on Coldharbour Lane – with help from legal and creative professionals.

Brixton on Trial was filmed in the Royal Courts of Justice on the Strand in London.

Introducing the video, Daria Ermini said: “We were told that filming in the Royal Courts of Justice is prohibited. Nobody had ever done it. We did it.

“We were told that our fundraising target was excessive. But we reached it.

“We were told that we were aiming too high. But here we are today.

“We have shown that Lawyers in the Soup Kitchen can achieve great things. So watch this space.”

Sinead McCaffrey explained how 25 young people from the Brixton area had gone to the Royal Courts of Justice to act as the jury in the mock trial of a man accused of a gang-related murder in Brixton’s Moorlands Estate, next to the Soup Kitchen.

Before, during and after the trial, they met a judge and other legal experts who explained law and legal procedures.

Rhi Griffiths said that the “bread and butter of LISK is free legal advice – “family, migration, tenancy, eviction, debt – the real personal matters that our community is dealing with all the time.”

But it was also fielding queries about running small businesses and is looking at a one-day “one-stop shop” event to cover such issues.

She introduced Twanieka Alcindor, “founder, CEO and the brains behind the organisation”.

The local woman who worked tirelessly to become a barrister and to help local people through LISK, said TV professionals had made promises and then tried to discredit the work the LISK team was doing.

“We were told there was ‘no way’ we would get cameras in Royal Courts of Justice,” said Alcindor.

She went on: “Today is a testament that, no matter what people say you cannot do, with a little bit of hard work and some faith and good old elbow grease and being up sending emails at 3 o’clock in the morning, you can do anything.”

“I am so proud to be able to say that we have done this together”.

She introduced her mother, Michelle, saying “there is a woman stronger than me”.

The video itself, which will be available online from 6 March, is a long and detailed look at the criminal law process, with professional actors Nathan Harris and Aaron Deacon playing key roles and professional lawyers playing the prosecution and defence teams.

LISK members at the launch event paid tribute to videographer Christopher Alozie: “a man who turned up with four cameras and four microphones and filmed Brixton on Trial in one take”.

No matter what people say you cannot do, with a little bit of hard work and some faith and good old elbow grease and being up sending emails at 3 o’clock in the morning, you can do anything

It is not a thrill-a-minute drama, and there were some problems with the sound at the first showing, but the tension of the true-to-life legal drama with its emphasis on “innocent until proven guilty” builds to a tense conclusion.

You will have to watch it to find out what happens.

But Twanieka Alcindor managed a surprise close to the launch event itself, saying: “Most people in this room have no idea what I am about to say.

“For 14 years I have worked for numerous law firms. I have dealt with some serious issues, including racism, being told I’m not good enough, having doors slammed in my face. And it has been hard.

“I have still managed to build a wonderful team that goes out into our community and does the work that we do for free. And that is a beautiful thing.

“However,” she emphasised, “I have decided that the time has come for me to take a leap of faith. I hope everyone on this room will support me and encourage others to support me.”

She said that from next month there would be a new law firm in Brixton as she had signed a deal with Tuckers Solicitors, the biggest independent solicitors firm for criminal defence in the country.

Alcindor Law’s front door will be between McDonald’s and HSBC on Brixton Road. 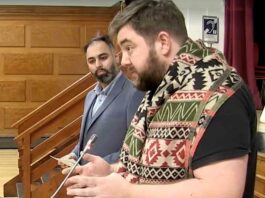 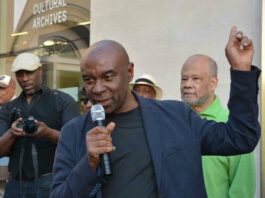 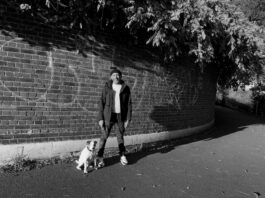 ABOUT US
Brixton Blog is an online community newspaper about everything happening in Brixton, London. We cover local news, music, food, events and history.
Contact us: info@brixtonblog.com
FOLLOW US
© 2010 Brixton Media Ltd | All rights reserved | Designed by Rocketship