First public appearance of an exciting new food venture (no, really). Constance, Florrie and Alice, aka the Brixton Food Assembly, will be delivering their first orders. The idea is simple. You go online and order from one or more than 18 suppliers of food that is good in every sense and pick up your order at Pop, saving money and CO2. It’s due to happen every Tuesday 5.30 – 7.30pm.

Four band line-up with: Alaskalaska – Elements of shoegaze, funk, jazz and alternative are all apparent in their sets. Sunken – combining Cocteau Twins style guitars, breezy beats and a laid back vocal drawl. Cellar Door – jazz-inspired guitar melodies to get your feet moving. Freddie Freeloader – Freddie’s first show with a live band after a steady flow of lo-key bangers over the past year. 8pm. £4.

It’s the first day of the Wednesday evening Brockwell Park mixed tag rugby league. Teams should consist of four men and three women and contact is minimal. There are six teams in the league and three matches with kick-offs from 18.45 pm to 19.30pm. 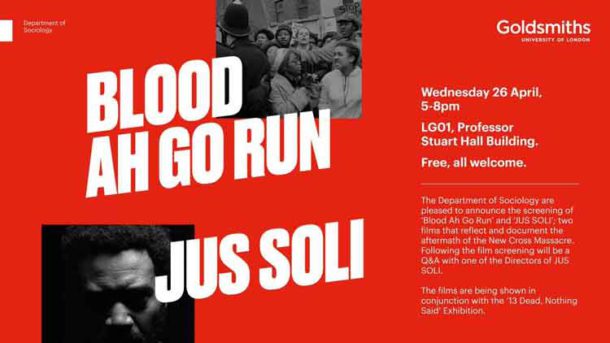 Head to New Cross and Goldsmiths, University of London for a free screening of Jus Soli and Blood Ah Go Run. The university’s sociology department is screening the films that document the aftermath of the New Cross fire of 1981 which took place nearby. Followed by Q&A. The films are shown in conjunction with the 13 Dead, Nothing Said free exhibition in the Richard Hoggart Building at Goldsmiths. It is on until 27 May and displays Vron Ware’s photographs documenting the 1981 Black People’s Day of Action which followed the fire in the early hours of 18 January 1981 at 439 New Cross Road in which 13 young black Londoners died. In response to public indifference, negative media coverage, and apparent police inaction, thousands of people came together to protest against racist violence with an historic march on 2 March 1981. Ware’s pictures of it will be on public display for the first time in this exhibition. The main entrance of Goldsmiths is at 8 Lewisham Way SE14 6NW. 5pm – 8pm. 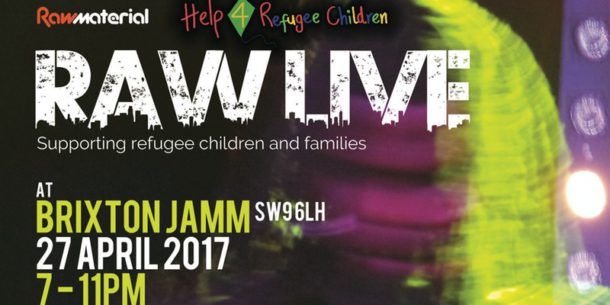 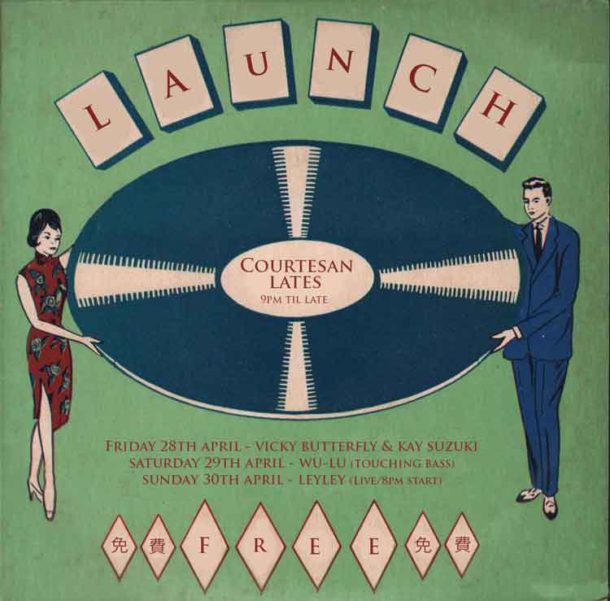 Known for its excellent Chinese food, Coldharbour Lane’s Courtesan will use the bank holiday weekend to launch its additional offer of late-night sessions with avant-garde performers; live music; and DJs. It gets under way at 9pm on Friday when cabaret queen Vicky Butterfly will host proceedings alongside musical magician Kay Suzuki, for a journey through Japanese music, jazz, funk, soul, disco and more.
Saturday will see Brixton’s own Wu-Lu (Touching Bass) serve up an all-nighter of deep, soulful and mesmerising music.
Sunday (7 to 11pm) has songbird Leyley performs live sweet tones and poetic soul from Trinidad and Tobago.
Better still, it’s free entry.

Summer nights at the Sultan (check the thermometer before you get your shorts out of storage) kick off with local favourites the No Frills Band (at the Sultan in the video above). 8pm. Free.
The Sultan, 37 New Park Road, SW2 4DU

Bank Holiday Special with HDM – hard dance, hard house, hard trance with Tara Banks; Skol; Latex Zebra; Barry Harding; and Miles Gorfy. £5 11pm – 7am. before 12, £10 after … and … if you’re up for it, Elevated State after party with trance and techno from 7am to noon on Saturday. £5.

Not as young as you once were? Feeling nostalgic? Then maybe the Blues Kitchen is the place for you. It promises to try to do justice to the Fleetwood Mac story with some of London’s finest musicians from 10.30pm. Resident band the Beekays come on at 1am to perform classic funk, soul & Motown with resident DJs filling the gaps with vintage dance sounds until 2am.

Friends of Windmill Gardens are organising Brixton’s second Beer and Bread Festival from 1pm and 5pm. Bask in the bank holiday sun and, as you listen to live music, sample the products of Brixton Brewery, Herne Hill’s Canopy Beer Company and Loughborough Junction’s London Beer Lab. The Old Post Office Bakery and Parissi will be back with a wide selection of breads and pastries. They are joined this year by F. Monday’s Café from Brixton Hill serving cakes, teas and coffees. The music will be from the No Frills Band and CLIVE. A performance from the Hammersmith Morris Men could be another draw. Volunteer millers will be operating electric-powered millstones and bagging up freshly milled flour to sell on the day.
More at brixtonwindmill.org.uk. 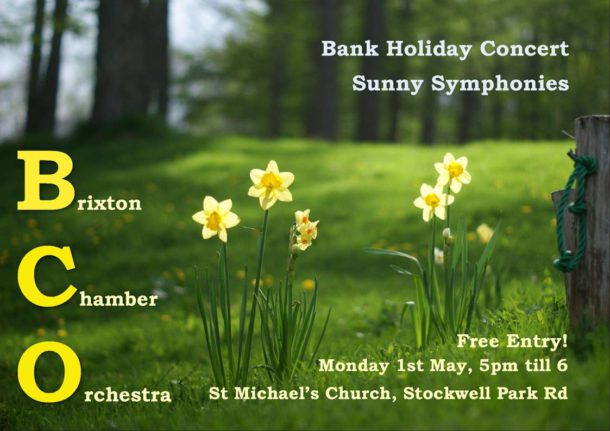 Ever asked yourself: Is there anything musical that Brixton is missing? … and couldn’t think of it. Well there is. But Matthew O’Keefe is putting things right by getting together a prototype Brixton Chamber Orchestra. Not only will its first performance be suitable for people who normally find classical music “a bit boring”, he promises, it will also be child friendly. The one-hour concert will take in highlights from “summery upbeat symphonies”, including some well-known pieces, as well as concerto excerpts to show off some of the instruments. 5 – 6pm. Free with collection.
St Michael’s Church Hall, Stockwell Park Rd, SW9 0DA

The legend that is Mike Skinner plays a DJ set at Brixton’s favourite rooftop venue supported by Theon Bower and Ollie Rant. Lovers of nineties and noughties hip hop ‘n’ R&B should head to room to for Cherelle (BECAUSE WE CAN), J Rust and Usher Lavelle. 6pm – 4am. Up to £16.90 for late bookers.

From 8 May 2017, the Edmundsbury Court Estate Tenants and Residents Association will be run lunchtime language courses on its community hall.

Each language level will be divided into three 12-week terms designed by native teachers and language professionals to follow smoothly on from each other. Users will learn vocabulary, grammar, pronunciation and even cultural notes, which will lay out context as well as dos and don’ts, with the emphasis on spoken communication and interaction.

The one-hour classes will run weekly on the following days:

Arabic and European Portuguese on Mondays from 12.30pm

French and Spanish on Fridays at 12pm for beginners and 1pm for intermediate level.

Each course will £90 per term for professionals, £30 per term for unwaged residents and a £10 discount is offered to all Lambeth Council employees.

The wonderful Marhabtayn Syrian Supper Club and the Baytree Family are organising another night of delicious Syrian food, music and culture on 19 May. It will celebrate Syrian hospitality and provide an opportunity to learn more about UK initiatives in the UK to welcome and support  Syrian refugees. It will be a “pay as you feel” event. All the money raised will go to supporting Syrians in Syria and as refugees. Tickets.
Brixton Baptist Church, Corrance Road entrance, SW2 5UX

Citydash in Welsh with subtitles

Craft Beer will be the HQ for Citydash, which its organisers Fire Hazard – describe as “a high-energy urban adventure” involving solving clues, hide-and-seek and racing around Brixton on foot. What could possibly go wrong? All for just £20. The first event kicks off at 2pm. 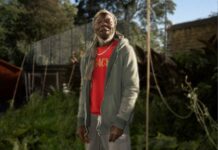 WHAT’S ON: The weekend ahead in Brixton

Dead When I Got Here: a journey from Brixton to Juárez,...