Tenants and leaseholders on a Tulse Hill estate are fighting a council proposal to demolish and redevelop it.

So far 89 people have signed an online petition against the plan to knock down Cressingham Gardens, a low rise development which overlooks Brockwell Park.

But Lambeth council says homes on the estate are in a poor condition, and that carrying out repairs would merely act as a “sticking plaster”.

She told the Bugle: “I absolutely love it here. It is super quiet and a really nice mix of people with a community feel, including a community newsletter and vegetable gardening.

“The quality of the houses are the best I have experienced in Brixton, having lived six years previously in rental flats in Victo- rian conversions on Brailsford and Dulwich roads. They are well insulated, no noise from neighbours’ flats and good water pressure – a real rarity.”

Some residents fear a new development would ruin the unique character of the area, and blight views from neighbouring Brockwell Park.

The council has begun a six-month consultation on the future of the 290 homes, with a final decision due in March. 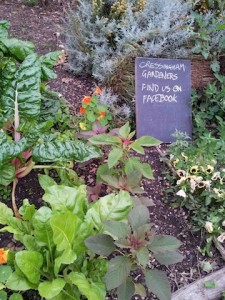 Cllr Lib Peck, cabinet member for Strategic Housing, said: “The Cressingham Gardens Tenants and Residents Association have campaigned for repairs to the estate, with many of the flats in a poor state. We want to have an open discussion with the residents as to whether it makes more sense to rebuild some of them rather than make repairs, which would only act as a sticking plaster.”

The councillor stressed that no decision has yet been taken and that she wanted to work side by side with residents to develop the plans.

“We won’t accept people having to endure substandard housing,” she added.