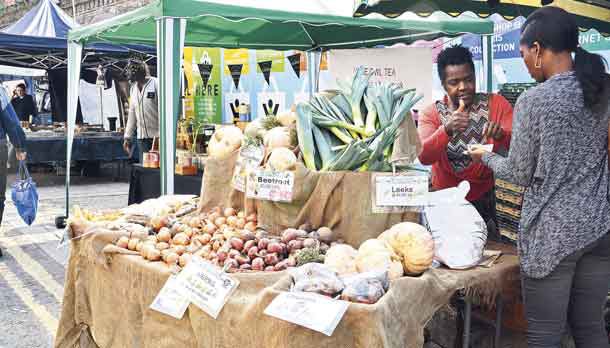 The pressure on Brixton’s traders burst into anger once again when the organisers of Brixton Farmers Market, which has traded on Sundays in Brixton Station Road for more than a decade, received a letter from Lambeth council giving them a month’s notice to quit.

Shoppers at the market expressed disbelief and an online petition has at least 800 signatures.

The council later issued a statement saying: “Brixton Farmers’ Market remains an important community asset, and Lambeth council is determined that it will remain open, running and in community hands. To guarantee its future the Brixton Market Traders Association has been approached to manage the market in the future.

“Those discussions are ongoing, but guarantees will be made to current traders that, despite any changes to the Brixton Farmers’ Market management structure, their ability to operate on an ongoing basis will not change.

“Since the original operators of the Sunday Farmers Market on Brixton Station Road pulled out 18 months ago we have been working hard to support the stall holders who were determined to continue trading.

“We hope to have a new management structure in place by the end of April.”

Traders and market organiser Emma Kendal had understood the letter as an announcement that the entire market was for the chop. She told a meeting of stallholders: “I would happily hand over to someone else so these traders can continue.”

Permanent retail traders in the road and nearby are already under huge pressure as their takings drop because of Network Rail’s forced closure of most of its arches with no sign of work starting.

Emma Kendal, who, with her partner Lee Griffin, took over running the market last September, said they had not heard from the council since February until the letter telling them to quit.

Emma said: “We are very happy to hear that the market may be allowed to continue, but we have not received any correspondence from Lambeth council. We will celebrate and share the news once we have it confirmed in writing.”