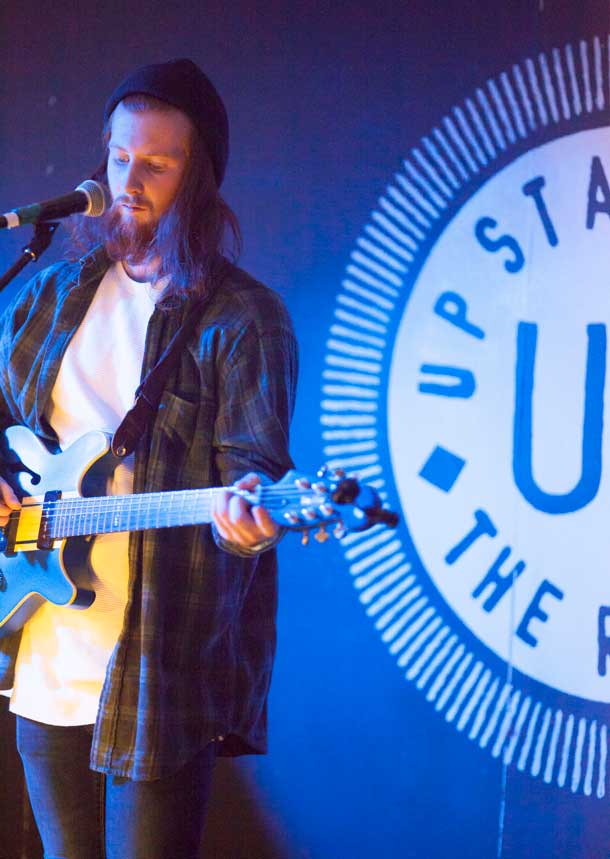 I was privileged to be invited to the launch gig for Laid Bare’s first compilation album at one of my favourite Brixton venues, Upstairs at the Ritzy. I’ve attended many Laid Bare music events over the last year so I knew this would be an evening of unmissable and eclectic performances.

There is an intimacy and cosiness about this room that enhances any performance. It almost feels a little like a gig is being put on in your own living room.

The host and founder of Laid Bare, Rami Radi, has an infectious enthusiasm for music that only adds to the consistently high calibre of the musicians that contribute to his nights.
The night began with a performance from alt folk singer songwriter from Swindon – Dreuw (above). His voice ranged from a beautifully sharp falsetto to low guttural delivery, perfectly echoing the gentle strumming building up to heavy pounding to build a wall of sound as a crescendo in his songs. 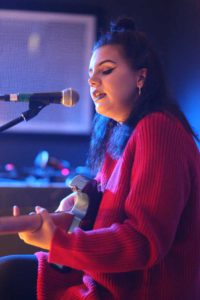 The next performer was new to me and a true perfectionist. Despite a room pleasing performance, Isabella Cross (right) couldn’t help but share her concerns with the audience over whether her instrument was in tune. The deep, bass heavy, finger picking beautifully complemented her staccato, cropped vocals. The contrast here accentuating the clear crisp delivery of her lyrics.

The first contributor on the album to perform then brought a very chilled vibe to the night. With an effective mix of strumming and intricate finger picking, Connor James’ rendition of ‘Aint No Sunshine’ definitely left its mark on me. 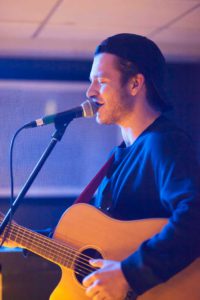 James’ vocals (right) incorporate a compelling mix of clarity and John Martyn style of running words together. He also performed his own compositions.

The evening then took on a slightly more upbeat feel. Ralph Taylor, who partnered with Alexia Chambi for his track on the album, performed solo on this occasion. Demonstrating his prowess with looping, he doubled up his vocals to great effect. Rhythmic guitar strumming, with delicate and almost fragile accents to his vocals, added to his energetic stage presence and completed this interesting blend. His final song really had the audience transfixed – opening with spine chilling spoken word and building into a hip hop vibe before looping his strumming and coaxing us into a beautifully melodic song. 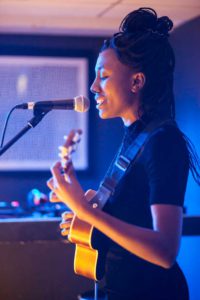 Chisara Agor (left) charmed her audience with her relaxed friendly chat and humble delivery. On ukulele and voice she soothed the room with heartfelt lyrics and soulful vocals. Another contributor to the album, she performed her track ‘Seasons’ as well as other self penned songs. 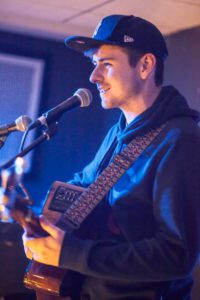 A definite highlight for me was a visit from Luke Carey (right), the final performance from an album contributor. With his playful banter, assured beat boxing and inventive use of looping, along with powerful vocals and humorous lyrics – you can see why the room loved him. He even persuaded us all to join in 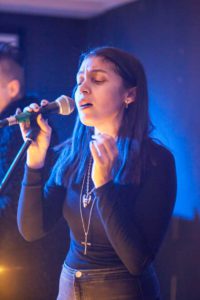 What a perfect way to end the night with the
appearance of Seraphina (left). Singer accompanied by a guitarist with melancholy dark themes within the lyrics. Her ability to produce deep resonant vocals one moment, and then reach to clear falsetto highs, produced an almost hypnotic delivery.

So I left The Ritzy with a copy of the album tucked under my arm. Definitely looking forward to exploring these sounds a little more this weekend.