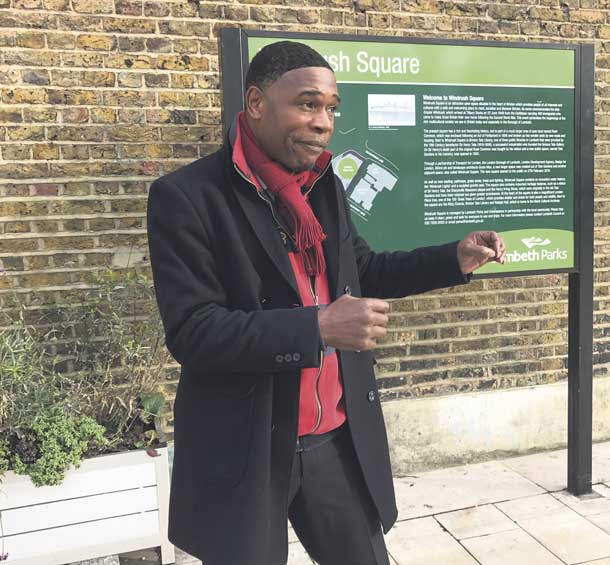 A memorial to Black Caribbean and African Commonwealth soldiers who fought in the first and second world wars is to be erected in Brixton next year on 22 June, Windrush Day.

The memorial will be the first to honour Black servicemen and woman and the part they played in securing victory in those world wars.

After a long campaign by the Nubian Jak Community Trust, planning permission was granted earlier this year by Lambeth council.

The trust’s fundraising efforts to commission the plinth and memorial have been supported by an award from the Department for Communities and Local Government (DCLG).

The Heritage Lottery Fund (HLF) has approved a £40,500 grant for an inter-generational community project, REMEMBERED, that will run until the launch.

Jak Beula, Nubian Jak from the Nubian Jak Community Trust, told the Bugle: “Our contribution is to show the world that there were Black Commonwealth soldiers who were pivotal to Britain’s success in both wars.”

The memorial will make visible the contribution Black soldiers made that, up until now, has not been publicly recognised. “We are going to put that right with this wonderful, beautiful piece of art.”

“The general public have been brilliant. There was not one objection when the planning permission went out to consultation.”

Beula paid tribute to Moe Darr of Madstone Ltd, the company who worked on the memorial on trust of payment. “They have been my single greatest supporter from day one.” Madstone inscribed and polished the memorial and helped with its temporary installation in 2014.”

Attending the launch of the REMEMBERED project, Devon Thomas, Brixton Neighbourhood Forum chair, said: “The bulk of those who fought were colonial Commonwealth soldiers. Many of those helped found this community in Brixton and we want to make a direct connection to their histories and the community today.”

The heritage project will work with all sectors of the community. The three inter-generational groups will be made up of two schools; Richard Atkins primary and Ark Evelyn Grace Academy, and Lambeth Pensioners Action Group.

Groups will work together on a play, with the elders acting alongside the school students, that will be performed on the eve of Windrush Day at the Paul Robeson Theatre in Hounslow, West London. The HLF grant will also fund a London libraries touring exhibition in February, an online Treasure Trail, an e-book, souvenir journal and an Awards Day, where those who contribute will be recognised.

The activities will be filmed for future broadcast as part of a documentary featuring the installation and unveiling of the first dedicated African and Caribbean war memorial. All archive material will be lodged at the Black Cultural Archives.

Alan Piker from the Brixton Society said: “There are even links between Brixton and World War 1. A soldier from the Caribbean gave his next of kin as living in Coldharbour Lane, Brixton.”

Beula says funds are still needed. During the campaign to launch the memorial, a CD, I Have A Song, was produced to support the fundraising effort. Eric Roberson gave permission for his song to be used and it was recorded in Brixton’s Raw Material studios last February, I Have A Song is available to download from iTunes or Amazon for 99p. The campaign also launched with a book  Bayonets, Mangoes and Beads.