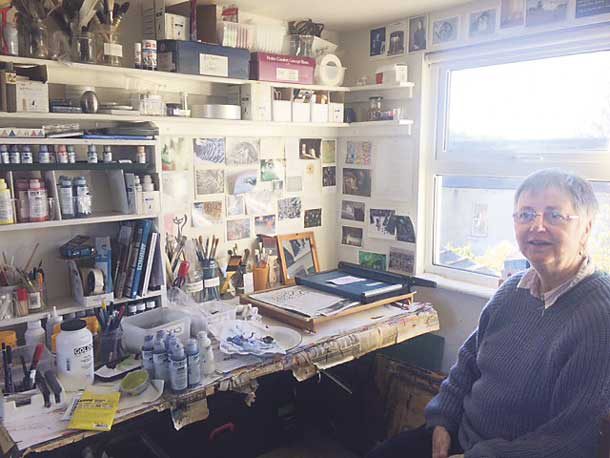 Jane Mackay uses her ability, known as synesthesia, to create art. She sees music and sounds as colours, shapes and texture. These images provide the inspiration for her work – vibrant visualisations of popular songs. She also specialises in art inspired by the work of classical composer Benjamin Britten.

Mackay has been collaborating with the Swedish interior design company Photowall on her latest project – Shades Of Music – which brings together her love of art and music which, she says, are “totally integral in one another”. 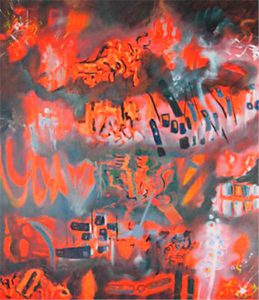 She moved to Brixton’s Cambria Road in 1980 which was, at the time, run down but affordable. “Brixton has undoubtedly enabled me to become an artist, not so much life in Brixton, but the space, I was lucky enough to buy my house for very little when my area of Lambeth was an extremely run-down place and you could still get grants for upgrading your property.” She used a grant to convert her roof space into her own studio, out of which have come 1,500 pieces of art. She also often uses her house as an exhibition space, and as a place to host classes for beginner artists.

She says the lack of storage and space is a huge obstacle for young London artists. A lot of cheap spaces that were available are now being developed.

Mackay spent 30 years working as a doctor in the local area and was on call during the clashes of the 80s. During this time art remained a central pillar of her life. During her medical training she still found time to take part in creating an arts festival at her university.

The millennium came as a wake-up call, and she retired as a doctor to follow her passion for art.

“On 1 January 2000 I went down to the Thames with my friends and threw my stethoscope into the water, I can still see that image of a huge book of life turning over a new bright page.”

The decision also meant a change in lifestyle and a tighter budget as an artist on a doctor’s pension.

Since then Mackay has returned to university at the age of 67 and completed a master’s degree in fine art at Wimbledon College of Art, graduating in 2016.

Her final piece drew on her activism – a long wall filled with placards and shoes, reminiscent of a demonstration.

“It became a really interactive piece with students and teachers adding to the work as they walked down the corridor.”

She exhibited 64 of her paintings created over two years at the Aldeburgh Cinema Gallery during the Aldeburgh Festival – founded by Britten – in 2013. As well her Shades Of Music project, she is creating material for a solo show, which will be on show in late 2017.