Hundreds of people gathered in Windrush Square on Saturday for a march to protest at Lambeth council’s plans for its libraries. 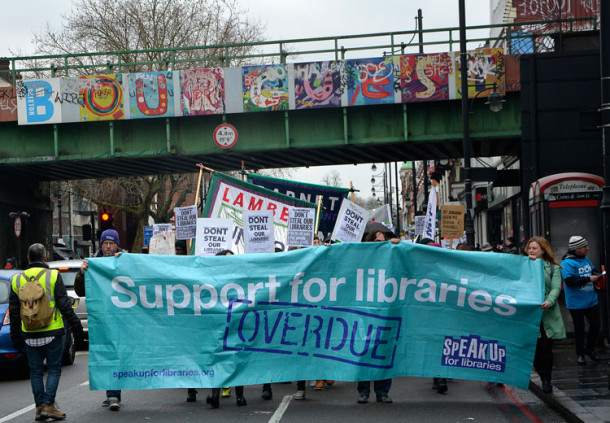 Laura Swaffield, chair of Friends of Lambeth Libraries, said the council had tried to buy off library supporters by announcing one concession the day before the protest, while leaving its “appalling library plan” largely intact.

Durning and Tate South Lambeth libraries were not being turned into gyms after a massive response to the council’s “skewed consultation showed that no community wants to lose a library and get a ‘healthy living centre’,” she said. 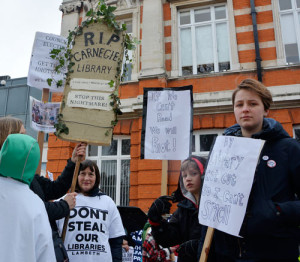 That left Minet and Carnegie libraries on the gym list. “Both are due to close on April 1. The council will then spend millions on wrecking them to install gyms that nobody wants or needs.

“Waterloo library is also to close on April 1 – for ever. No replacement is in sight.”

The communities around Minet, Carnegie and Waterloo, like those around Tate South Lambeth and Durning, had also shown 100% opposition to the council’s plans. “Hundreds have demonstrated, signed petitions and written to the council. Why won’t the council listen to them?” asked Swaffield.

Friends of Tate South Lambeth Library (TSL) said in a statement: “We are relieved that Lambeth has responded to the strong backing of the local community for the maintenance of our library – and the strong opposition to its replacement by a gym with a minimal library service.

“We were lucky that the consultation on the future of TSL and Durning libraries gave the community an opportunity to express its opinion.

“Other Lambeth libraries under threat have not been given this chance.

“Mindful that our library has been given only a temporary reprieve, we remain in solidarity with the campaign to save all Lambeth libraries.”

More pictures from the protest 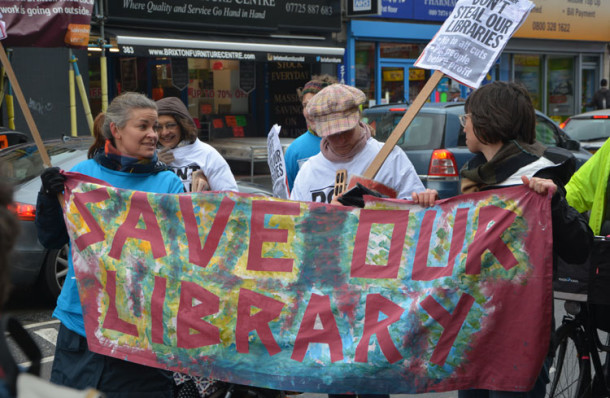 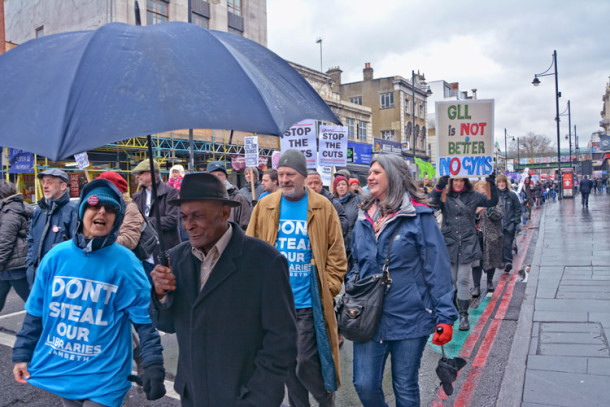 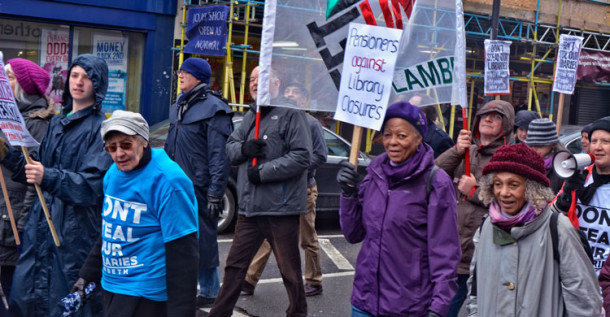 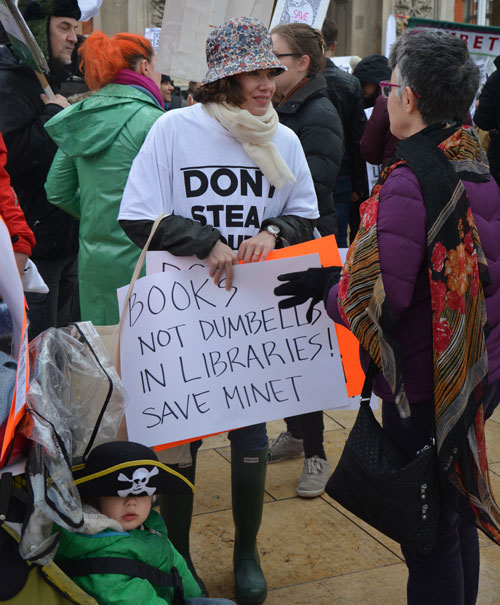 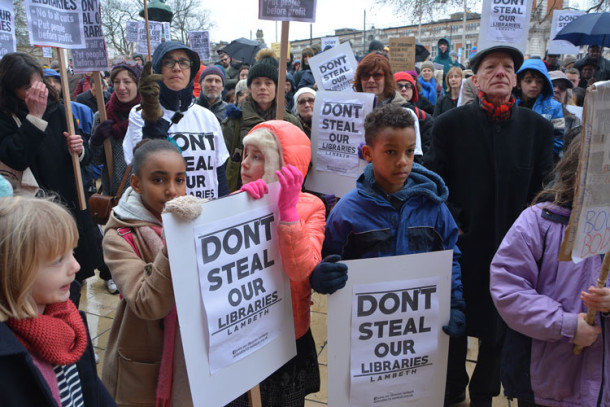 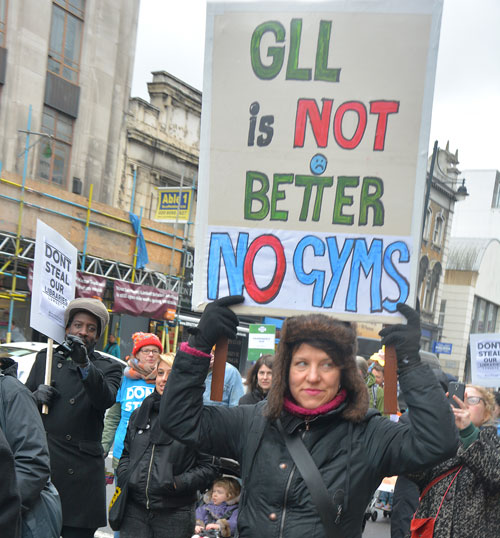 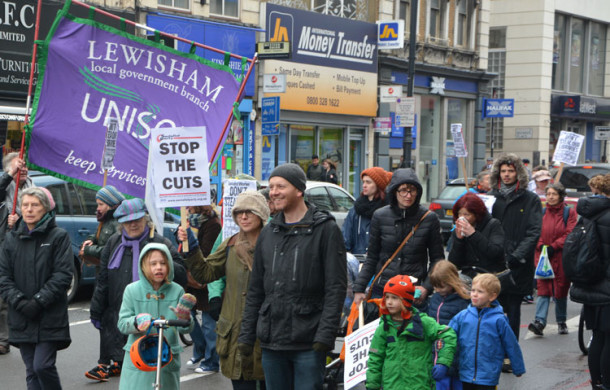 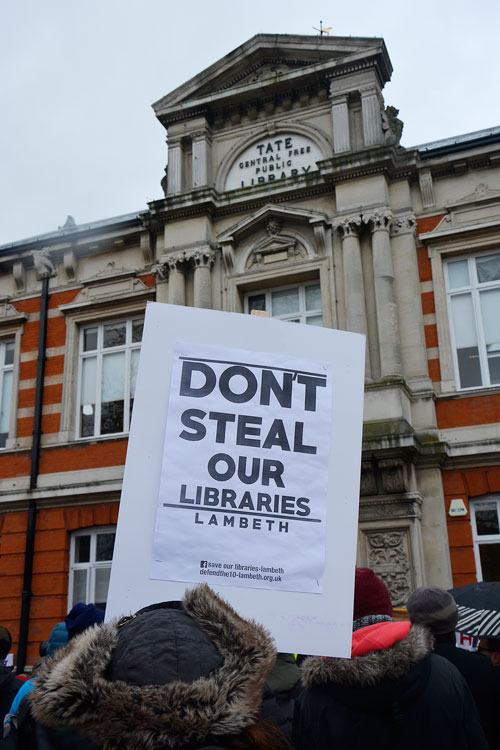 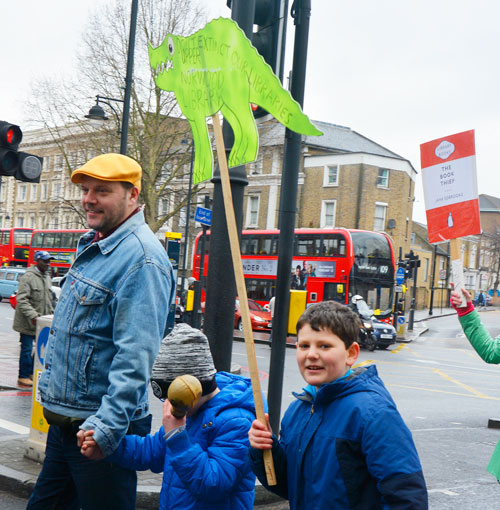 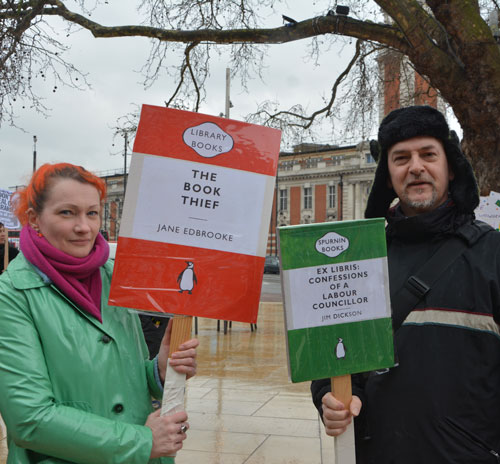 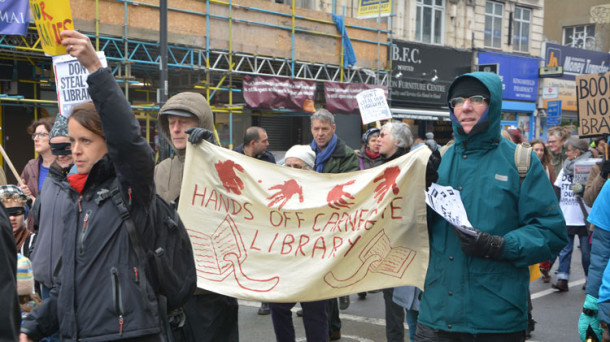 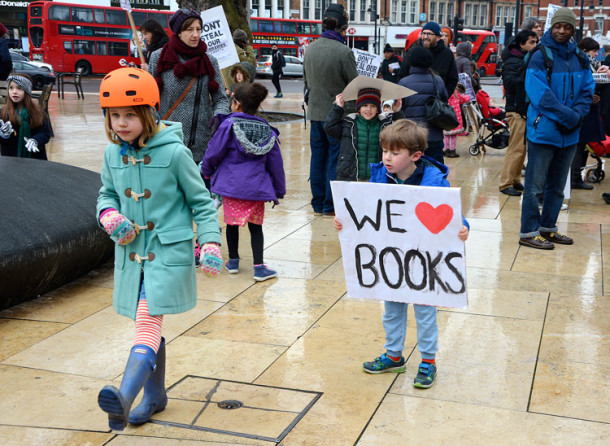