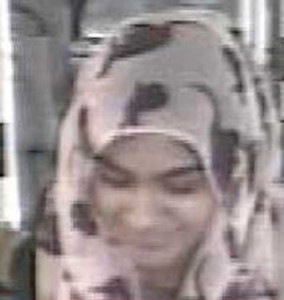 Police have have released CCTV footage and an image (right) in a bid to identify a woman who attempted to stab a teenage boy on a bus in Brixton.

Soon after noon on Boxing Day, the 15-year-old boy got on a 133 bus on Brixton Road with his 51-year-old grandmother.

The suspect, who was already on the bus, approached the victim and produced a large kitchen knife with which she attempted him.

The victim’s grandmother intervened and managed to disarm the suspect, who then got off the bus and fled towards Oval.

The victim suffered a minor cut to the stomach.

The suspect is described as an Asian woman, aged about 20 to 30 years. She wore a headscarf with a kangaroo print.

Anyone who was on the bus at the time of the incident or has any information, is asked to call police via 101 or Crimestoppers anonymously on 0800 555 111 quoting reference 199092.

0
Lambeth council, local businesses, community groups, and charities and have stepped in to ensure that local children...