A local journalism training course that regularly turns out with award-winning students is recruiting for its next round of courses. And you could join one straight out of school.

Students from Lambeth College celebrated a win and three runner-up places at the national journalist trainees’ Awards for Excellence organised by the National Council for the Training of Journalists (NCTJ) in Birmingham last November. The college hopes to top that this year.

Winner Dan Wright said the two-year Lambeth course had taught him more than he would have learned from a three-year university degree.

Lambeth College is one of a few colleges in the UK with journalism apprenticeship courses and so provides opportunities for potential recruits who did not have to go to university.

The Brixton Blog and Bugle provide hands on news and feature writing experience for Lambeth College students who live locally.

Lambeth College journalism course leader, Roz McKenzie said she was “immensely proud” of the four award-winning students. They had “worked incredibly hard” on the apprenticeship and also the college’s “fast track” course.

“Huge credit goes to them for getting shortlisted for the national NCTJ awards,” she said.

“With the introduction of the apprenticeship programme in 2013, the college is now able to offer an alternative route into the industry alongside the long established postgraduate fast-track magazine and newspaper courses.

“Apprentices straight out of school have benefited from on-the-job training combined with the essential NCTJ professional diploma – all while being paid. The apprenticeship has attracted diverse voices into the newsroom, better reflecting the communities we serve.”

If you are interested in beginning your journey in journalism, Lambeth College have a range of courses and apprenticeships available.

The college’s top award winner was Dan Wright, 20, a trainee at Kent Messenger Group newspapers, who won the NCTJ Apprentice of the Year award.

After completing a pioneering apprenticeship course based at Lambeth College, the three apprentices and Florence are now working in the industry.

Dan Wright said: “By working across each and every editorial department in the Kent Messenger media group, the two-year scheme provided the ideal cross between experience and education.

“Reaching 100 words-a-minute shorthand and passing my exams while juggling a full-time job was tough, but it was all worth it in the end.

“The on-the-job training was neatly complemented by teaching every week at Lambeth College and, by touring most offices in the Kent Messenger group for three-month stints, I could experience first-hand how every office worked.

“I’m now looking after my own patch on the Whitstable Gazette and. thanks to my NCTJ apprenticeship. have easily learnt more – I believe – than any degree course could have taught me in three years.

“It’s a great scheme and I’m very grateful to everyone for the all support – it’s been a blast.” 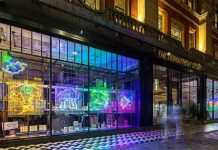 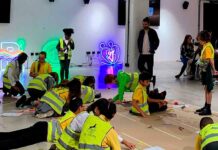 Brixton’s Winter Windows will be ready for a Diwali reveal

The Brix has a winner