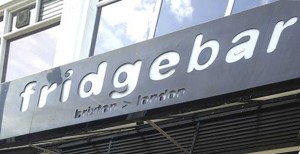 In a bitter Facebook post the Fridge Bar, which is set to do a deal with Lambeth council to grant it vacant possession to enable the redevelopment of the town hall, said it had received “only condemnation” from the police since it opened in March 1996.

The post, which also announced the bar “had decided to call it a day”, said Brixton was changing in a way that would “ultimately benefit the new demographic that has colonised great swathes of this beautiful area”. It was “ironic that the new inward investment did not come when an altogether different demographic was in the majority! Oh well”.

“Being a black business owner in the night-time economy, you realise very quickly that you are on your own. You also realise that your business can be destroyed at any time by circumstances completely outside of your control.”

The bar lost its licence in May this year after police told Lambeth council’s licensing sub-committee that the bar was associated with “very high levels of drunkenness” and also with crime and disorder that had resulted in serious harm. The London ambulance service said it had recorded 91 assaults within 500 metres of the premises in a year and recorded four weapon injuries within 400 metres.

Another Facebook post said that on Friday October 9, the bar was prosecuted by the council’s environmental health department for allegedly dumping waste on the street. “Strangely enough, this is a serious charge with draconian penalties,” said the bar. “Not only were we found ‘not guilty’ but the judge awarded us costs of almost £10,000.”