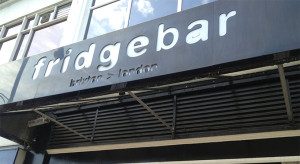 The council has revoked the Fridge Bar’s licence after a number of violent incidents.

In the last year there were 91 assaults within 500 metres of the club on Brixton Hill. Lambeth council had been called on to withdraw the licence by Scotland Yard, who accused Fridge Bar of being linked with serious crime and disorder.

In June, CCTV captured 20 men fighting outside. One man was stabbed three times and had both lungs punctured and, in January, a man threatened door staff with a machete after being thrown out for urinating in the club.

The council said: “The venue has 21 days to appeal and may continue trading during that period or until the conclusion of any appeal raised.”

During this time, the club will breathalyse anyone coming in after midnight and close at 2am.

Lambeth Council helps out The Gunman