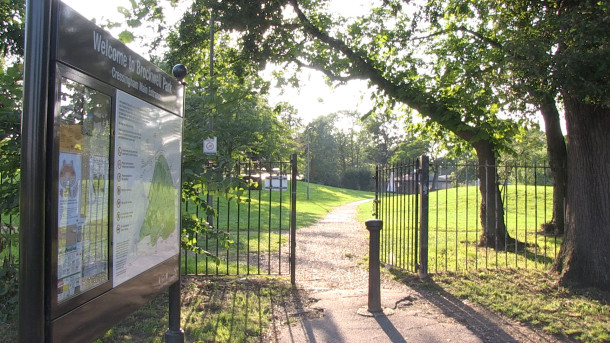 In December this year, Lambeth Council is due to make a decision on the future of Cressingham Gardens, a popular low-rise estate of some 300 homes, bordering Brockwell Park. In Part Two of her series of blogs building up to the verdict, join resident Jo Parkes on a journey through regeneration, and get a unique insight into a contentious trend which is changing the lives of thousands of people across London.

Ask the average Brit to describe a council estate, and they’ll probably paint you a negative picture. In the thought-bubble above their head will likely be a dystopian cityscape of run-down, graffiti-scrawled high-rises; for good measure, a cluster of drug dealers is lurking in the shadows. The storyteller will maybe give a shrug of resignation about these living conditions, and perhaps suggest the less financially fortunate can’t expect to inhabit beautiful publicly-funded housing that serves them well.

I admit that to an extent, before I moved to Cressingham Gardens ten-and-a-half years ago, similar anti council estate rhetoric had clouded my outlook. Of course, estates have their challenges. But they are a fragment of the reality, and I find living on an estate a great privilege. If you haven’t already, I’d recommend you try it, if only councils across London weren’t ruining them and inviting approaches from developers. If properly valued for the life-enhancing qualities they can offer their inhabitants, such as with village life, our well-planned estates would instead be treated with the TLC they deserve.

You can see all over Cressingham the socialist, quality-for-all ethos that in the 1960’s inspired chief Lambeth borough architect Ted Hollamby to build it. And it’s still working today. 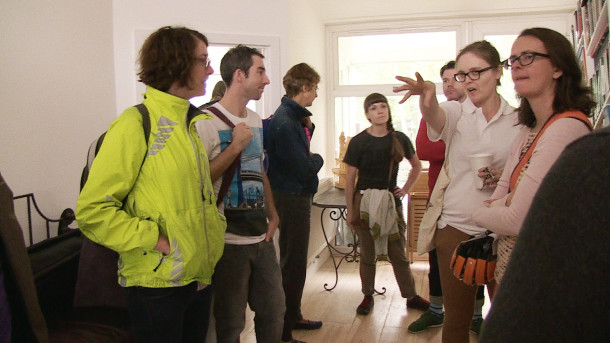 Adults and children alike make daily use of the patchwork of wooded and grassy spaces that connect the private with the communal via our back gates. We stop to talk as we arrive home or leave for work and play. The other day I chatted for the first time to a couple who’d already met our cat – he’d run in through their door in time for a fish supper.

Our homes are designed to encourage this kind of interaction: Front doors all face each other just a few paces away across pedestrian walks and ways. I personally know dozens of people living here, in what’s been coined a ‘village within a city’. This familiarity is common. We visit each other’s homes for a cuppa or advice. Sometimes I don’t even bother to put on my shoes, such is my spontaneous urge to visit neighbours.

There’s year-round growing of veg and herbs among the flower beds and we share spare food – easy when our kitchen windows face onto the walk. Behind closed doors, skylights and multi-aspect windows drench spacious rooms with light. Kitchens are thoughtfully connected to the living space, either open plan or through a window, so any present family members are in easy view.

These benefits prevail in spite of the disrespect the estate receives from today’s so-called ‘cooperative’ Lambeth council and doomed housing managers Lambeth Living, who should have, but didn’t, properly maintain it. Now the estate’s frayed edges are an excuse for demolition over investment. This local authority would like to replace our established community with a maximum density monster that greater serves its lost soul than real residents. 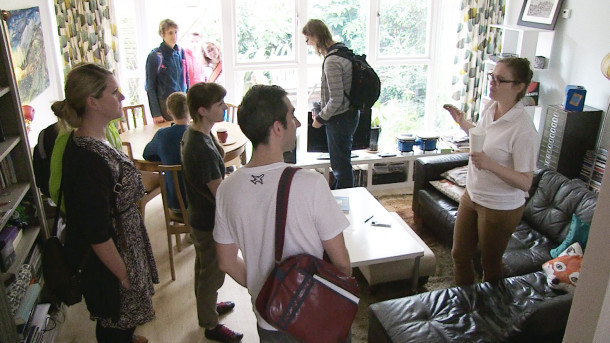 They appear not to have assessed the cost to be shouldered by the NHS, when people’s health and wellbeing unravel under the stress, nor the negative impact of the proposed demolition on the environment.

When we opened our doors for Open House London in September, up to 300 visitors saw for themselves how successful Cressingham is, and were shocked to learn what the council is up to. Visitors have ranged from self-builders looking for design inspiration and fans of the postwar council housing heyday, to architects and conservationists.

Lambeth’s failure to properly engage us in their consultation, suggests their stated reasons for ‘regenerating’ would not withstand scrutiny. This month, they are squeezing a series of workshops into just a few weeks, making it harder for residents to engage with what’s on offer.

The council now says they want to build more social housing. Due to the conservation area status of Brockwell Park that also includes our estate’s green square, and because of other pressures such as on public transport, their development options are limited, meaning they could in fact cut the social housing provision. 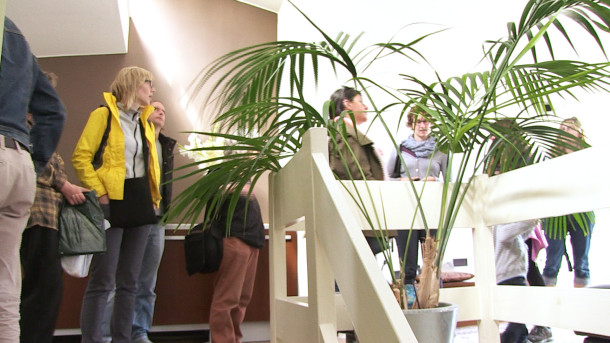 They would fund the new homes by selling a proportion on the inflated open market at £400k or more. With an average local wage of £32k, you’ll need at least a £250k deposit to bag one of these. There would be nothing to protect against property speculators snapping these up and keeping them empty to resell later, while prices continue to rise in boom-time Brixton. Lambeth property prices rose by 37 per cent this year, the highest hike out of all London’s boroughs, which has inevitably priced out yet more locals from owning a home here.  A new development of expensive homes could make the borough’s property crisis even worse, and ruin a community. So much for addressing the housing crisis.

Housing cabinet member Councillor Matthew Bennett says we have 21,000 people waiting for council homes in Lambeth, and he claims they are addressing the empty homes. Yet on Cressingham, they have kept a row of six empty for at least 16 years, that they could have refurbished, but chose not to. Was this intended as a nod to developers, a signal this estate is on the way down?

There are echoes here of the screwed up thinking of another Labour stronghold council, Newham, which has left 600 homes empty near the Olympic site on Stratford’s Carpenters estate. But the people can only be pushed so far, as shown by the Focus E15 mothers’ occupy campaign https://www.facebook.com/pages/Focus-E15-Mothers/60286012975734.

In Scotland, 1.6m people voted ‘yes’, and while fear meant this wasn’t a winning number, perhaps these movements are the start of a stronger series of revolts against the service of a privileged few, who are holding us to ransom. 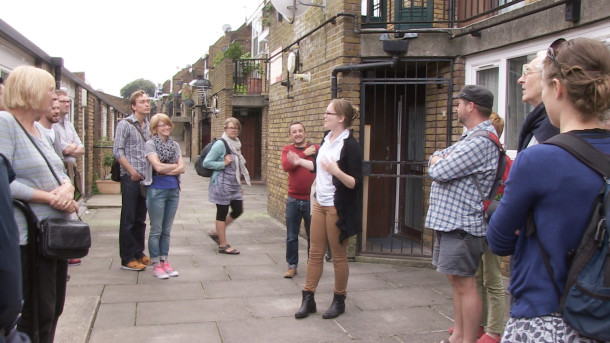