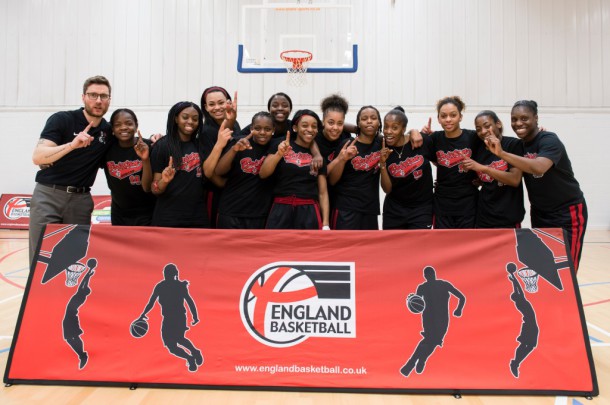 To mark the start of the season, the Topcats are offering free tickets to their opening games on Sunday October 12 at the Brixton Rec. The men’s, ladies and junior teams will all be in action. The Bugle spoke to Lady Topcats coach Steve Vear and player Milly Watkins about the season ahead.

What are your ambitions for the new season?
Milly: We’ve got high expectations despite the fact that we’re a newly promoted team. We see ourselves as being in the top echelon of the league, among the top four teams. Obviously we’d love to win a title.
Steve: Last year we won league championship and were promoted to the Women’s British Basketball League (WBBL), the top league in England.
Milly: It’s all part of a drive to professionalise the women’s game. All the teams are making a lot of effort to raise standards. There’s going to be a lot of quality basketball.

What was the magic formula that saw the Lady Topcats promoted?
Steve: A mixture of dedication and talent. We had a really good bunch of players and we all wanted to get promoted. That was the plan right from the beginning and we knew we could do it. This season is going to be a lot harder. In our first game we play the reigning champions, Leicester Riders!

What’s it going to take to keep you in the division this season?
Steve: We’ve brought in some new players and from last year’s squad we’ve kept four. We could definitely have competed with the team we had last year, I just don’t feel like we would have been at the top. We’re not going in to the Women’s BBL to be at the bottom.
Milly: The players from last season, combined with several new players who’ve been through the American college system, makes for a good combination of experience and talent. The key thing for success is that we all gel and start to play well as a team.

With so many new faces, will it take a while to gel?
Steve: It will take time. I’m under no illusion. But by Christmas we should be getting used to what we’re doing. Then we’ll have four months to try and win something.
Milly: We’ve just had our first few friendlies. I was actually surprised by how well we played together. We also benefit from the fact that a number of the players have played together previously too.

Who are the players to watch?
Steve: We have three players who come from Barking Abbey and who have all been in America for four years. They’re new, they’re intelligent and they understand the game. They’re good people, have played at a high level and they’re definitely setting the standard in practice.

What lured you to play for Brixton Topcats?
Milly: Brixton has a real heritage of basketball and produced loads of great players. It’s been a few years since they’ve had that representation in the top flight so it’s really exciting that there’s going to be a top level women’s team back in Brixton.

You play an exciting brand of basketball. Will that stick this year?
Steve: We’re definitely going to be Brixton brand basketball: defence, up and down, high tempo. exciting
Milly: Brixton have a reputation for being pretty intense. One of our aims, especially defensively, is to make teams uncomfortable so we’re really going to put pressure on them.

What would you say to Brixton locals who’ve never been to a Topcats game?
Steve: If we’re going to do well in the top division we’ve got to have a good home crowd. We want people to come to Brixton and feel uncomfortable to play here.
Milly: The Rec always has a pretty special atmosphere. I can remember coming here as an opposing player as a kid and it was always an intimidating place to play. It’s pretty special to have top-flight women’s basketball on your doorstep.
To get your free tickets for Topcats on  October 12 at Brixton Rec visit www.BrixtonTopcats.org.