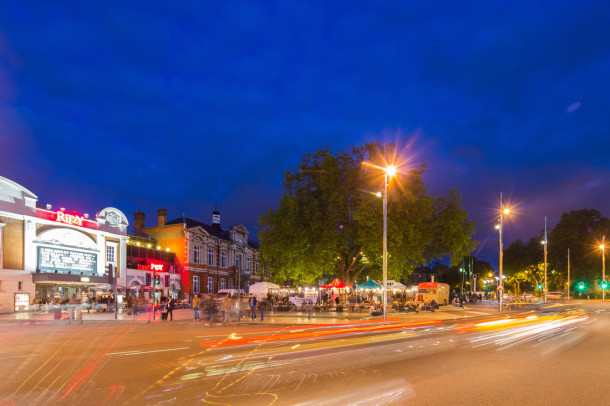 A monthly evening food market in Windrush Square, Brixton, has been granted a permanent licence after objections from the police were withdrawn.

Brixton Night Market will be able to provide food, entertainment and alcohol until 10pm on Friday and Saturday nights following the decision.

The foodie event, which aims to attract local food traders, has been running since the beginning of the year with temporary licences.

The item was due to be discussed at a meeting at Lambeth Town Hall last Wednesday (October 1), but was withdrawn at the last minute due to “issues with representations being agreed” and the licence was granted without a meeting.

Operator Tina Jennings, from T Jennings and Co CIC, told the Blog: “We were absolutely delighted to hear we had been given the licence. In the last couple of months we’ve had more and more residents coming and enjoying the market and telling us so.”

She said that there was no problem of antisocial behaviour on the square when the market was operating, and having the events made the square a safer place for people to come.

But in a written objection to the application on behalf of the Brixton Society, Diana Linskey said: “Sales of alcohol at this public market will add to problems of public safety in what is already a difficult late night economy for the police to manage.

“Local residents are concerned that alcohol sales at this market will add to the amount of litter and urination which makes areas such as Rushcroft Road really unpleasant at weekends.”

Jennings said: “I have lived in this area all my life and antisocial behaviour is a long term issue that won’t be resolved by closing spaces like these off to public events. We treat everyone who uses the square with respect.” 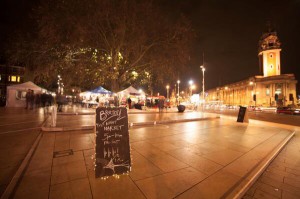 Jennings, who started the business with Jacqui James, said the pair have enjoyed their first few months and are now expanding to other night markets in Waterloo and Southwark. She said: “We are just two individuals from the area who wanted to put on an event that we’d feel comfortable to go to ourselves. And now we’re getting residents really enjoying it and having a right old knees up!”

Lambeth council’s events department have also applied for a licence to provide entertainment and alcohol on a regular basis on Windrush Square. The separate application asks for permission to hold performances of dance, theatre and live music, as well as films, until 9pm on weekdays and 11pm on Friday and Saturday for tenants who has rented the space for an event via Lambeth’s events team.