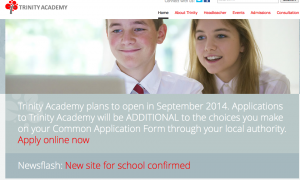 You don’t have to visit local schools regularly – as I do – to know that our young people are full of potential. They are keen to work hard and get on in life. When I ask our young people what they want to do, they aim high and they are right to do so. There is no poverty of ambition in Lambeth, and neither should there be.

Our local schools are good schools and they want are their students to excel – constantly working to improve and help students to succeed. This year at A Level La Retraite achieved its highest number of A* and A grades ever across the traditional academic subjects – the A Level pass rate was 99.5%. At Lambeth Academy over a fifth of A Level and equivalent entries were graded at A*.

Dunraven – which when I was growing up was not regarded as a good school – was in 2009 rated outstanding for its 16-19 education. Bishop Thomas Grant has been similarly rated outstanding on leadership & management as well as behaviour and safety. I am constantly impressed by the dedication and drive I see from our teachers, their detailed knowledge of the art of teaching, and how to get the best from their students.

However, whilst the purchase of the site has been good for the local community, the question remains about whether using the rest of the site, as this government has, for the opening of a free school has been the best use of the remaining space – in my view it is not.

I met with those who’ve worked to open the school. I do not doubt their commitment to do the best for their and other children, and I admire the work they have put into the school and their ambition for its students. But as a local MP, my thoughts have to be always on what we can do to help all children across the constituency thrive, and it isn’t my view that this school is the best way to do this. Whilst I will support any school that’s open and has pupils from the local area, I do not think the rationale behind the opening of the school is well founded.

First, I do not agree that there are insufficient options for parents locally to send their children to schools with a Catholic ethos – as has been suggested to me – and that this is why parents are sending their children out of Borough. Both Bishop Thomas Grant and La Retraite are excellent catholic schools, determined to keep doing better and already providing a great education to the pupils there who I have no doubt can go on to do very well.

Second, I know supporters of the Schools have said that our schools are not sufficiently academically rigorous. I think the results of our schools, as set out above, demonstrate that this is not the case, and I do not see why – when there has been such rapid improvement in local schools under excellent leadership – that a new free school will do any better. No doubt commitment from parents supporting the school will help, but that could – and in my view should – help elsewhere to build on existing work.

Third, there is concern that not enough pupils locally are getting into Russell Group universities. Whilst we have excellent universities outside the Russell Group, I completely understand why parents and pupils alike will be concerned to ensure they can get into any university they want and that will help them get on.

Universities themselves can do more, but information, guidance and help from parents and past graduates can play a huge role. That’s part of the reason why I would prefer those who admirably put in so much energy and work in setting up free schools to do the same to help the excellent local schools we do have help their students get into top universities.

I think that having children from diverse backgrounds learn together plays a positive role in education and encouraging success – I do not think it would serve anyone well if experience of attending university was confined to parents at a few local schools as I fear may happen in this case.

Fourth, I know a number of people think the school is a good idea because they are concerned that we will not have enough secondary school places in the Borough. This is not the case. Especially following the opening of City Heights E-ACT, which had its first intake last year. I have been very impressed when I have been to City Heights and when I’ve met with staff. I believe City Heights will be an excellent school for years to come, but I do not want to see a new school, with such a clear vision of how it will help students to get on, be undermined by the opening of a free school close by. I hope very much that either school will not become a destination solely for better off families and the other school lose out from having a mix of backgrounds as a result.

These are the reasons why I disagree with the rationale of the site being used for this free school, but more than that I think the site – which is after all a multi-million pound purchase by government – could be put to better use.

Whilst we are doing well on academic opportunities for local students, like the rest of the country we should be be doing much better for those students who want and would do well taking a vocational route l.  If we want to do better as a country and ensure our business can find young people with the skills they need, we cannot afford to say academic is best and vocational is second best when that isn’t true.  That’s why I’d prefer a multi-million pound investment by government in to Brixton to be used for a Universal Technical College (UTC), not a free school. It would do better in my view to help expand the story of opportunity, which is so much the story of Brixton and the people of Brixton.

The new free school is open, and that decision has been made by the Education Secretary. I will work to get the best for my young local constituents at the school. But this is notwithstanding my view is that a new school on that site has neither been necessary, or the best use of the taxpayers money.