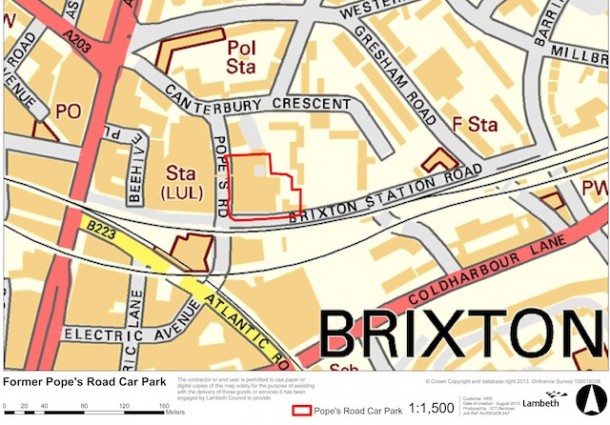 Young people in Brixton will get the chance to have their say about what happens to the Meanwhile at Pope’s Rd project this Wednesday April 2 at the Prince of Wales, Coldharbour Lane.

The council has announced two shortlisted proposals for what to do with the temporarily empty space at Pope’s Rd for the next few years. These teams will present their ideas to young people at the event this week. The 16-25 year olds will get the chance to grill the teams on their plans. The event from 6.30pm will be hosted by London poet Dean Atta, with music and spoken word as well as free pizza.

A spokesperson for the event said: “It’s the first time Lambeth have reached out this demographic to get their opinion and really ask them to mould the Future of Brixton.”

There will also be opportunities for the young people involved to work with the winning project once the redevelopment of the Pope’s Rd space gets underway.

SAVE OUR SHOPS: Cllr Jack Hopkins believes “progress has been made”